The fifth stop on the 2018 ISBT tour was the second visit of the year to Germany, this time to Dream Bowl in Böblingen. This attracted an entry list of 84 men and 25 women. The format for the tournament was a single 6 game qualifying block, with unlimited re-entries. For those not able to qualify through the main leaderboard, there were additional opportunities through Turbo games, Early Bird qualification, Scratch scores and a Desperado squad. Age bonus started at age 51 (1 pin per game), then increased a pin for every additional year of age with no limit. As with all ISBT events, there was a separate division for ladies.

Bowling started the weekend before the finals day, with four squads being held. Robert Vallons from Belgium was the only non-German player in the top places, leading the in the men’s section with 1437 including bonus, followed by Klaus Lischka with 1412, and Harald Laub with 1398. In the women’s section, Martina Beckel had an impressive 1333 block, followed by Karin Lischka with 1230, both players now guaranteed finals places through the Early Bird qualification, if not through the overall ranking.

The Thursday squads were led by English bowler Steven Jeeves and Austrian Walter Domin, both scoring 1356. Christiane Clerc from France was top lady with 1212, ahead of Marianne Pelz from Germany.

Friday’s squads were led by Roger Pieters from Belgium, going to the top of the leaderboard with a solid 1526, ahead of Hans-Jürgen Naumann from Germany with 1445. Highest lady was Angie Brown from England with 1200, just a pin ahead of German bowler Gisela Insinger.

There were three squads on Saturday. After the first two, André Geelen from Belgium had scored best with 1509, ahead of Gary Baker from England with 1456. Christiane Clerc improved with 1250, while Lynne Walker from England did enough for a qualification place with 1208. The final squad of the day saw a number of bowlers trying to make the final cuts, Steve Carnall from England finally found a good block with 1404, ahead of Robert Bruce from Wales with 1381. In the ladies’ section, Angie Brown improved with 1243, no other women scored enough to change the overall leaderboard.

The final qualification standings showed Roger Pieters was top with 1526, ahead of André Geelen (1509) and Gary Baker (1456) The cut for the top 24 who would continue to the finals was Hermann Wimmer from Germany with 1351. To these 24 were added 5 Early Bird qualifiers, 7 scratch qualifiers, and two Turbo qualifiers. This left two places to fill from the Desperado squad.

The top 10 women would automatically progress to the finals, led by Martina Beckel (1333), Christiane Clerc (1250), and Angie Brown (1243). The cut in tenth place was Angela Laub with 1151. Two Early Bird, two Scratch, and one Turbo qualifier would also make the finals, to be joined by a single Desperado qualifier.

Only 11 men and 1 women took part in the Desperado. Paul Lamon from Belgium was top with 221, a single pin ahead of Auke Broekhuisen from the Netherlands. As only 1 women took part, Uschi Diekhoff from Germany automatically qualified.

Overall qualifiers 19 to 24, plus all the other qualifiers from the other sections had an early start on Sunday, bowling a 4 game block, with only 10 bowlers progressing to the next round. Valentin Fatu from Romania was the emphatic winner with 1001, well ahead of the rest of the field. 10th place, and last qualifier for the next round was Arthur Dähn from Germany with 838.

In the second final round over 6 games, the two top players from the qualification round continued to lead the field, André Geelen scoring 1309, ahead of Roger Pieters with 1291. Only 8 of the 28 players would make the next round, last bowler to make the cut was Steven Jeeves with 1373.

In the women’s section, Martin Beckel continued to look unbeatable, her score of 1336 was well ahead of Marianne Pelz in second place. 8th place went to Kerstin Deter from Germany with 1164.

After a further three games with pinfall carried forward, just the top four would make the final round. The top three places of André Geelen, Roger Pieters, and Manfred Zabel from Germany remained unchanged, but a charge from Steven Jeeves moved him from eighth to fourth place, to squeeze into the final. In the women’s section, Martin Beckel easily retained first place, ahead of Marianne Pelz and Angela Laub.  Almost up to the end, the important fourth place looked like being between Angie Brown and Gisela Insinger, but an amazing last game of 266 from Petra Duplois gave her the last finals place, making an all-German ladies final. 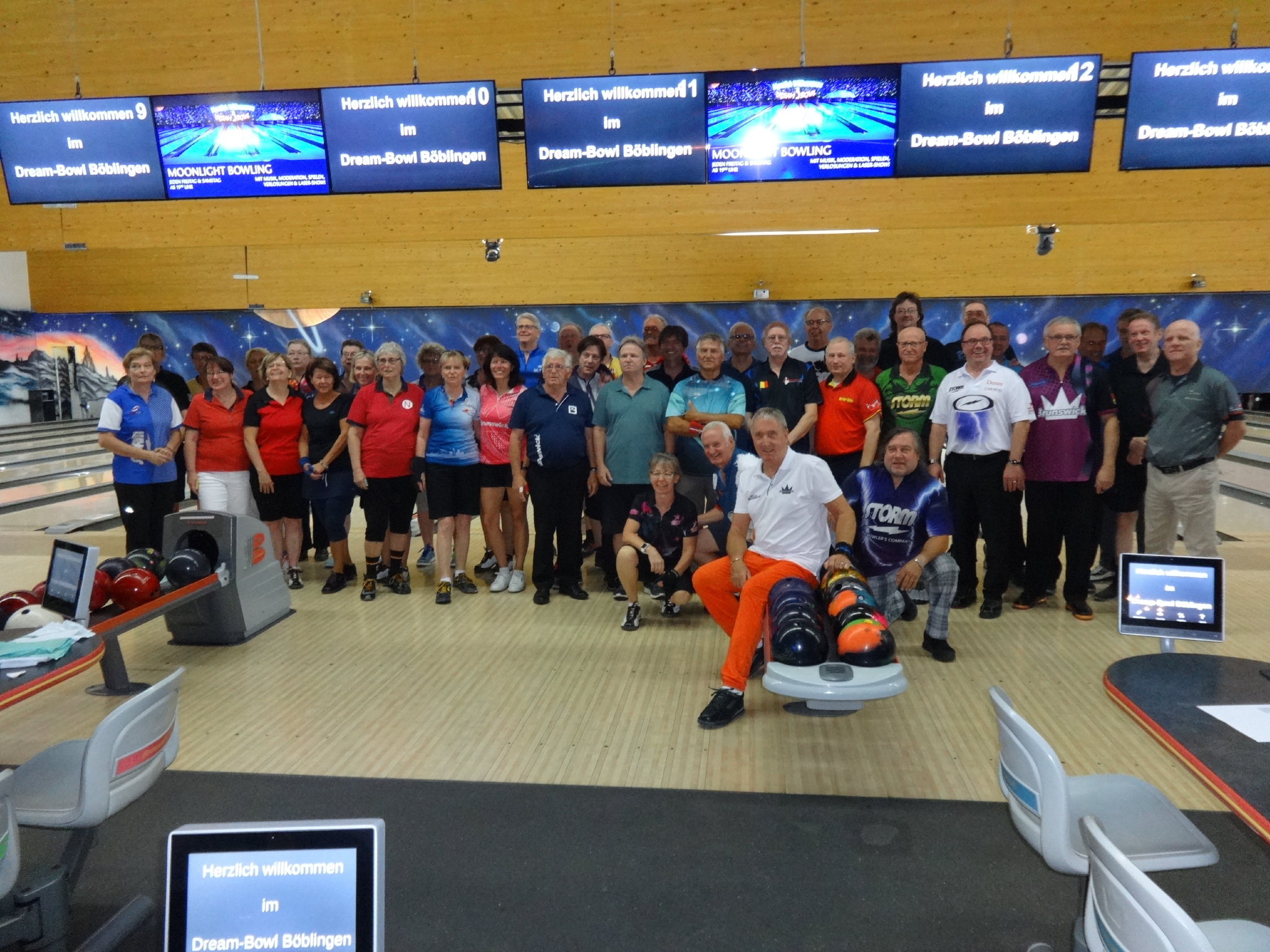 The final rounds were single game elimination, all the remaining players played one game, and the lowest was eliminated. First to fall in the men’s section was Manfred Zabel, followed by Steven Jeeves in the next round. The final match was a battle between the two leaders since qualification, in the end Roger Pieters managed to outscore André Geelen to take his third ISBT title.

In the first game of the ladies’ section, previous leader Martina Beckel was unable to find a good strike line, and was struggling to keep with the others, eventually failing to progress, finishing in fourth place. Marianne Pelz was eliminated in the next game, leaving Angela Laub and Petra Duplois to contest the title. In a tight match, Angela Laub just took a five pin victory, for her first ISBT title.

The next stop on the 2018 tour is at the Dutch Senior Open at Bowling Nieuwegein in Nieuwegein, Netherlands. The tournament runs from the 1st to 5th August, full details are available at the ISBT web site, http://www.isbtbowlingtour.eu/ 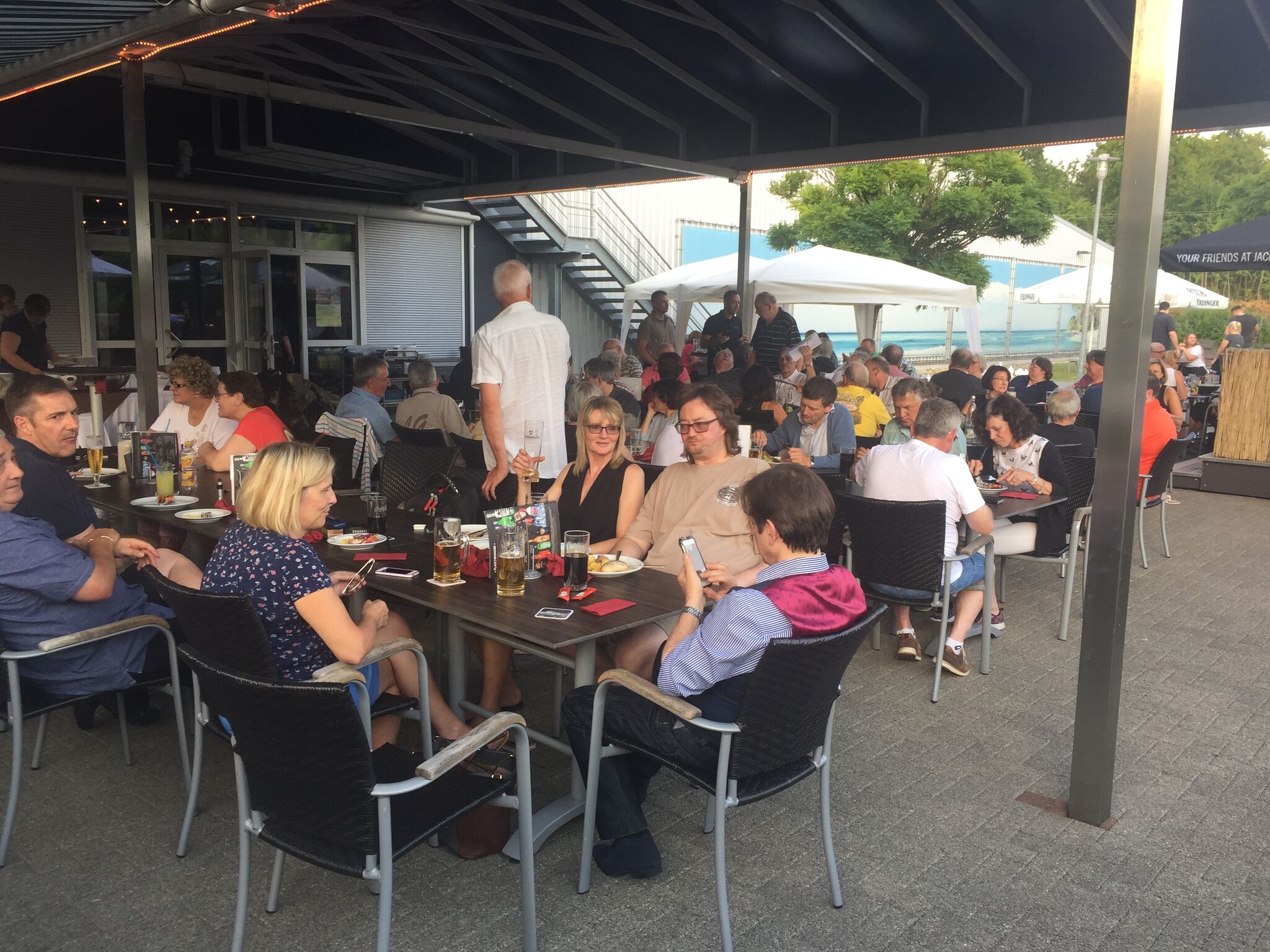 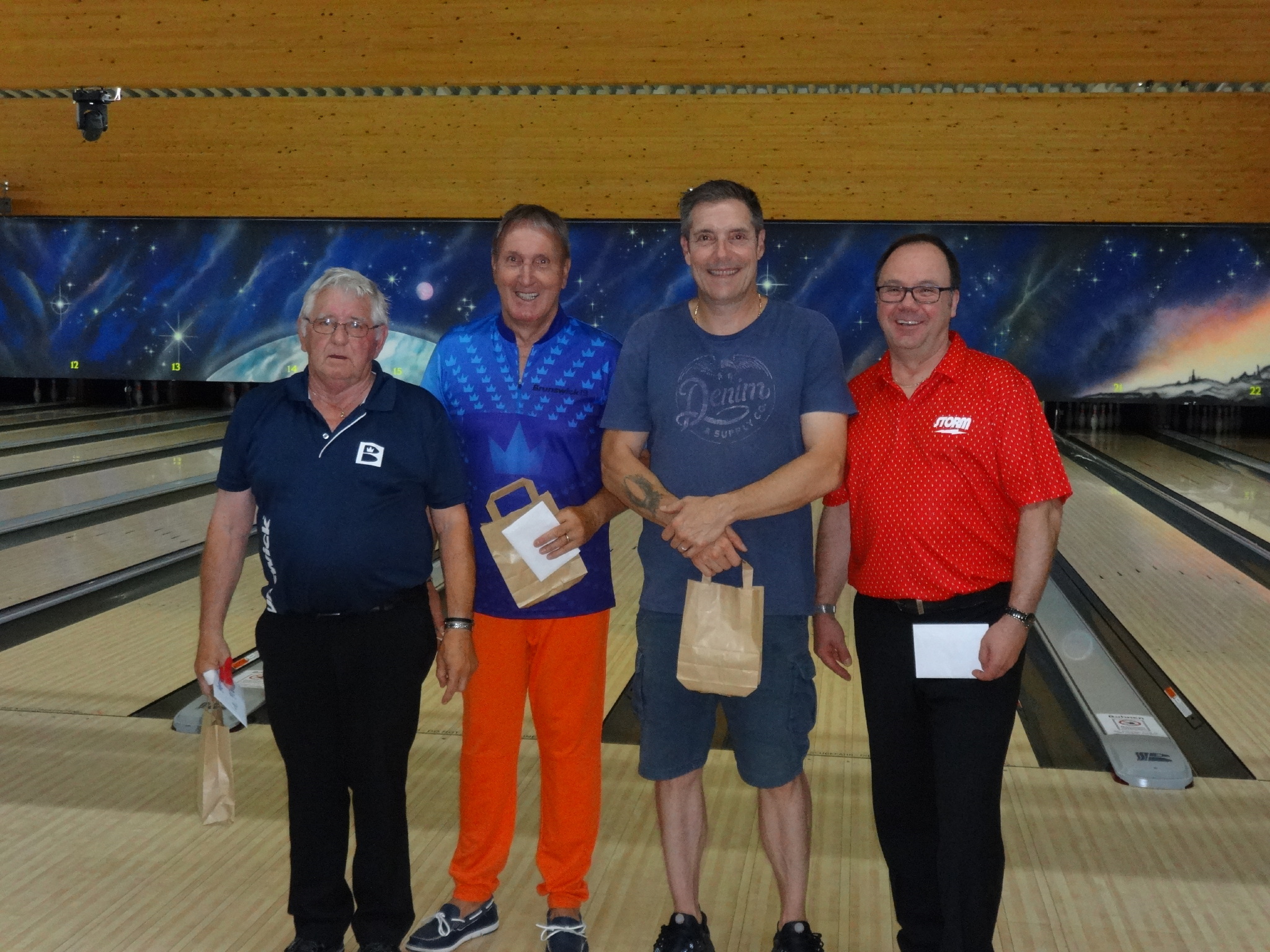 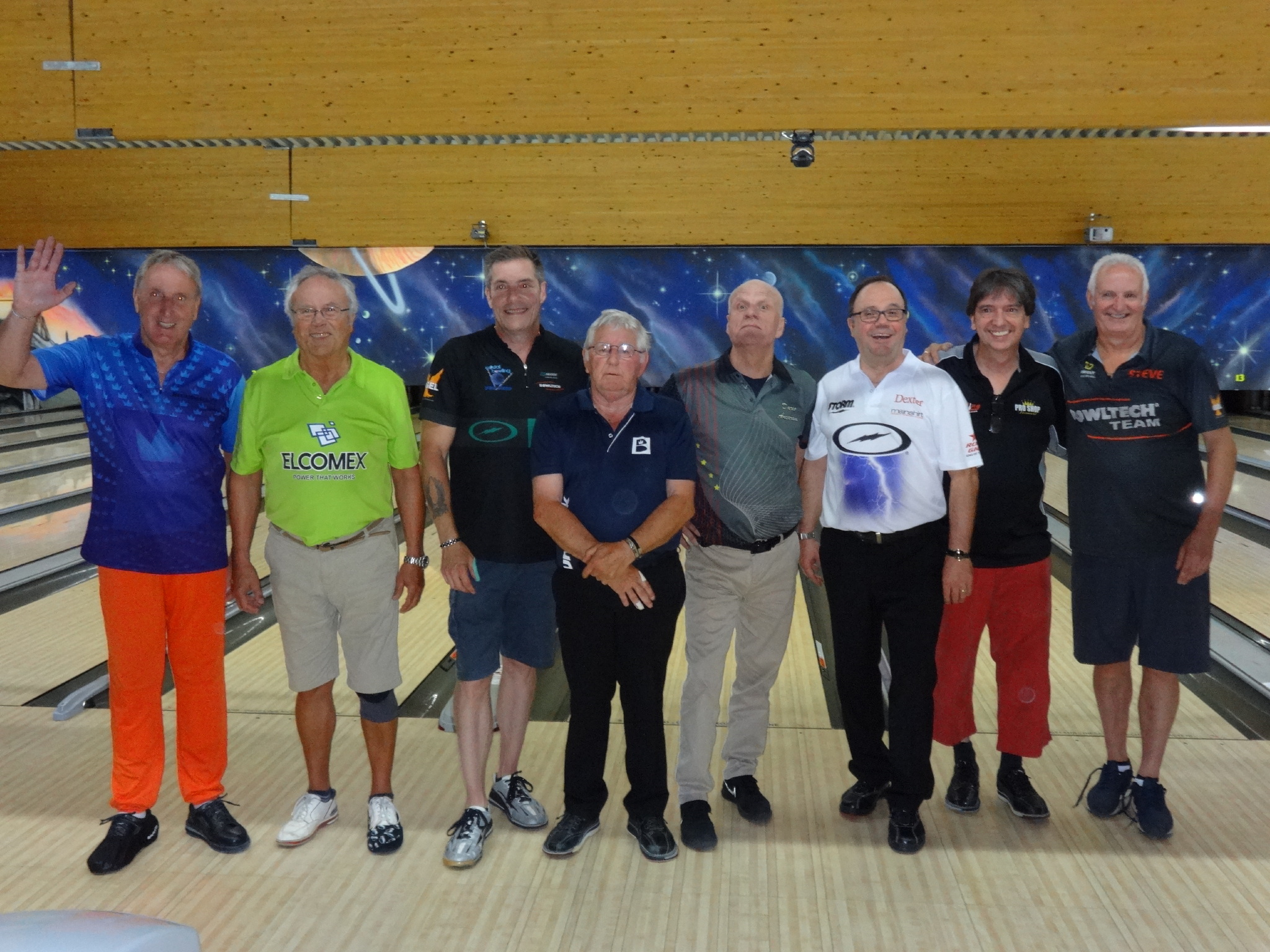 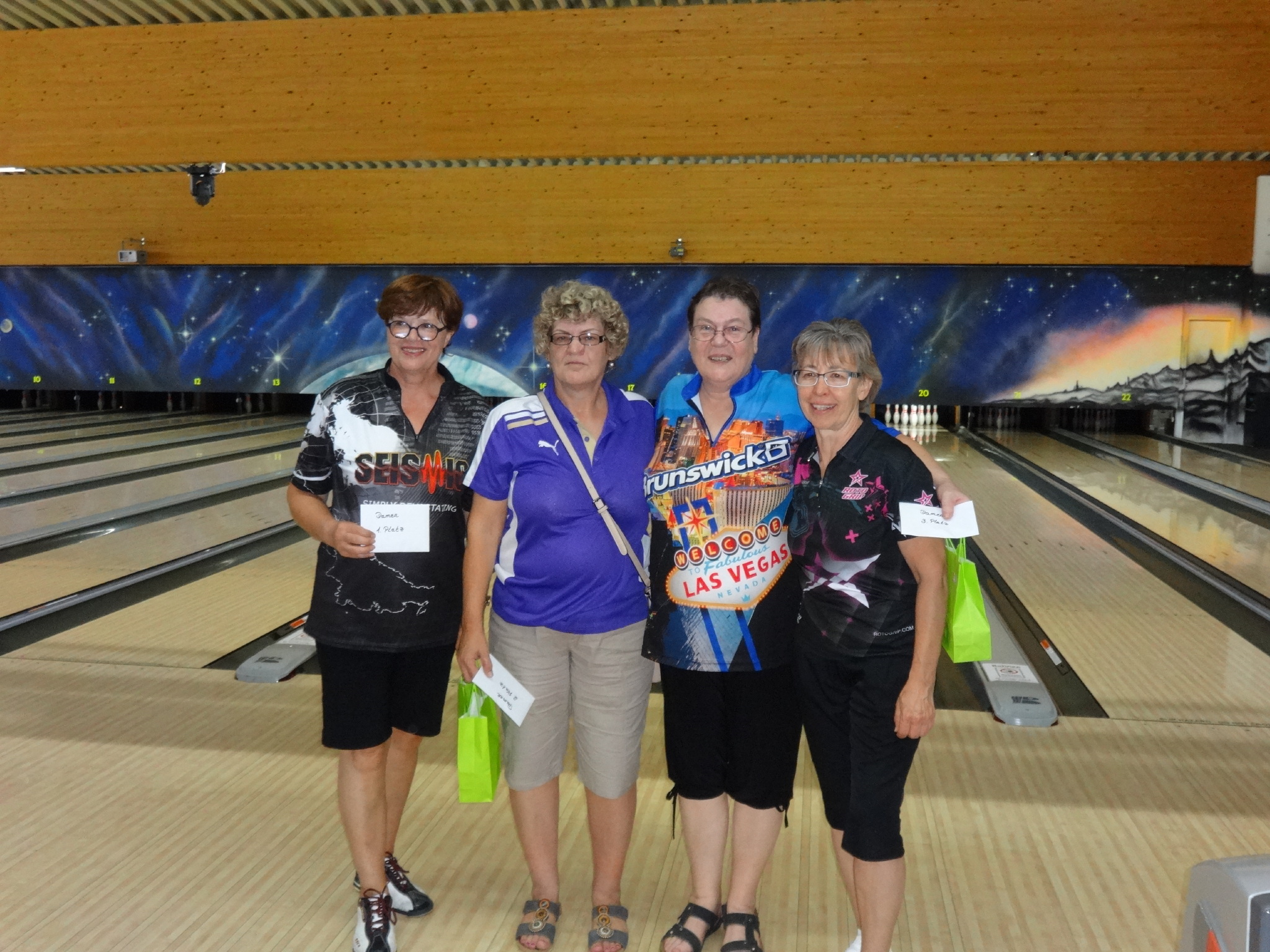 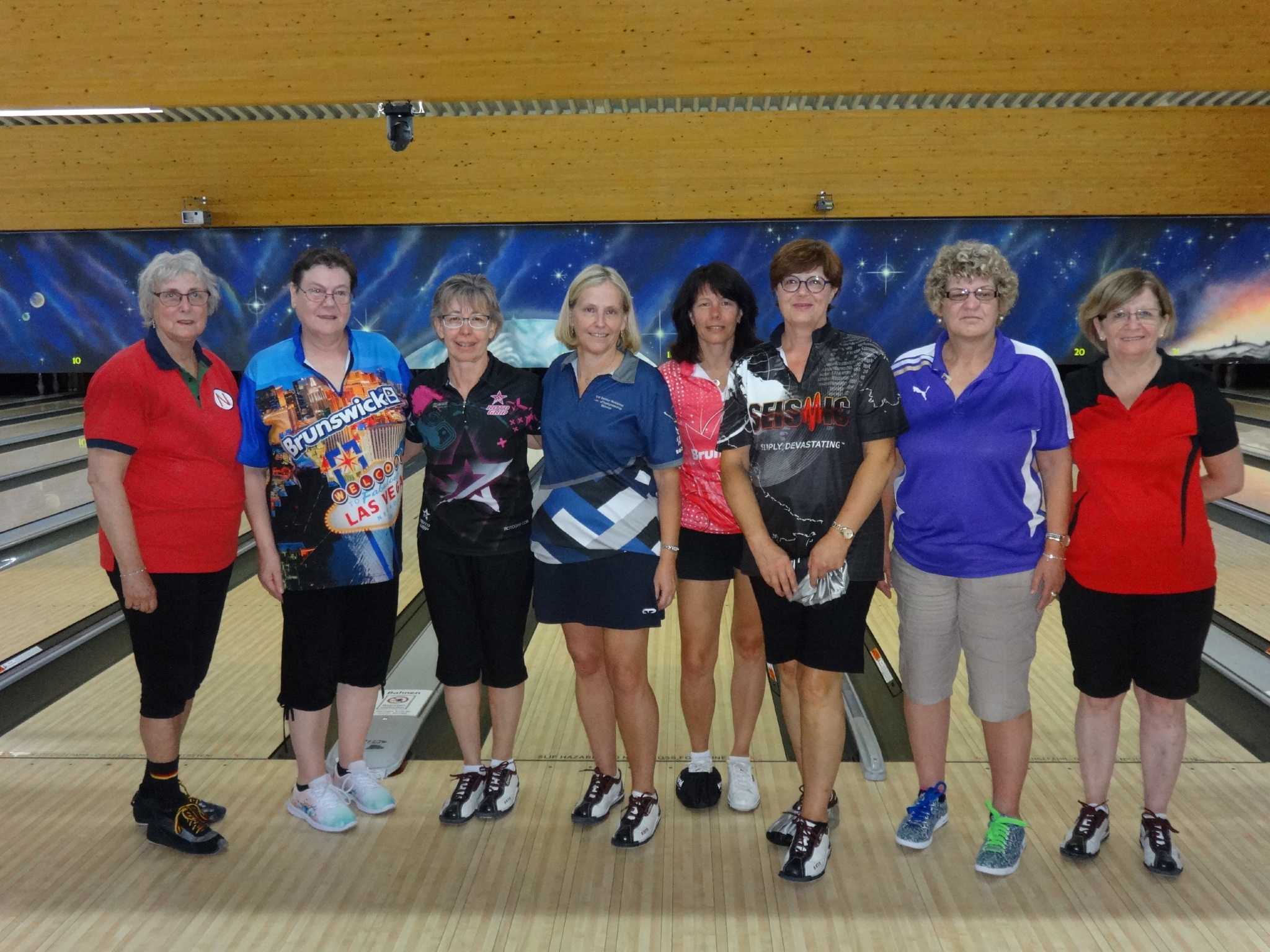 Mo Singleton goes way back to the early day of bowling on our shores. Many know Mo from European Senior events in the 2000’s but it all started back in the 1960’s in Liverpool, England. […]