Stroud saw Senior stars from all over Europe in September for the 6th Stroud Senior Open 2022. 1200 Euro up for grabs to the mens champion and 600 to the ladies champ. 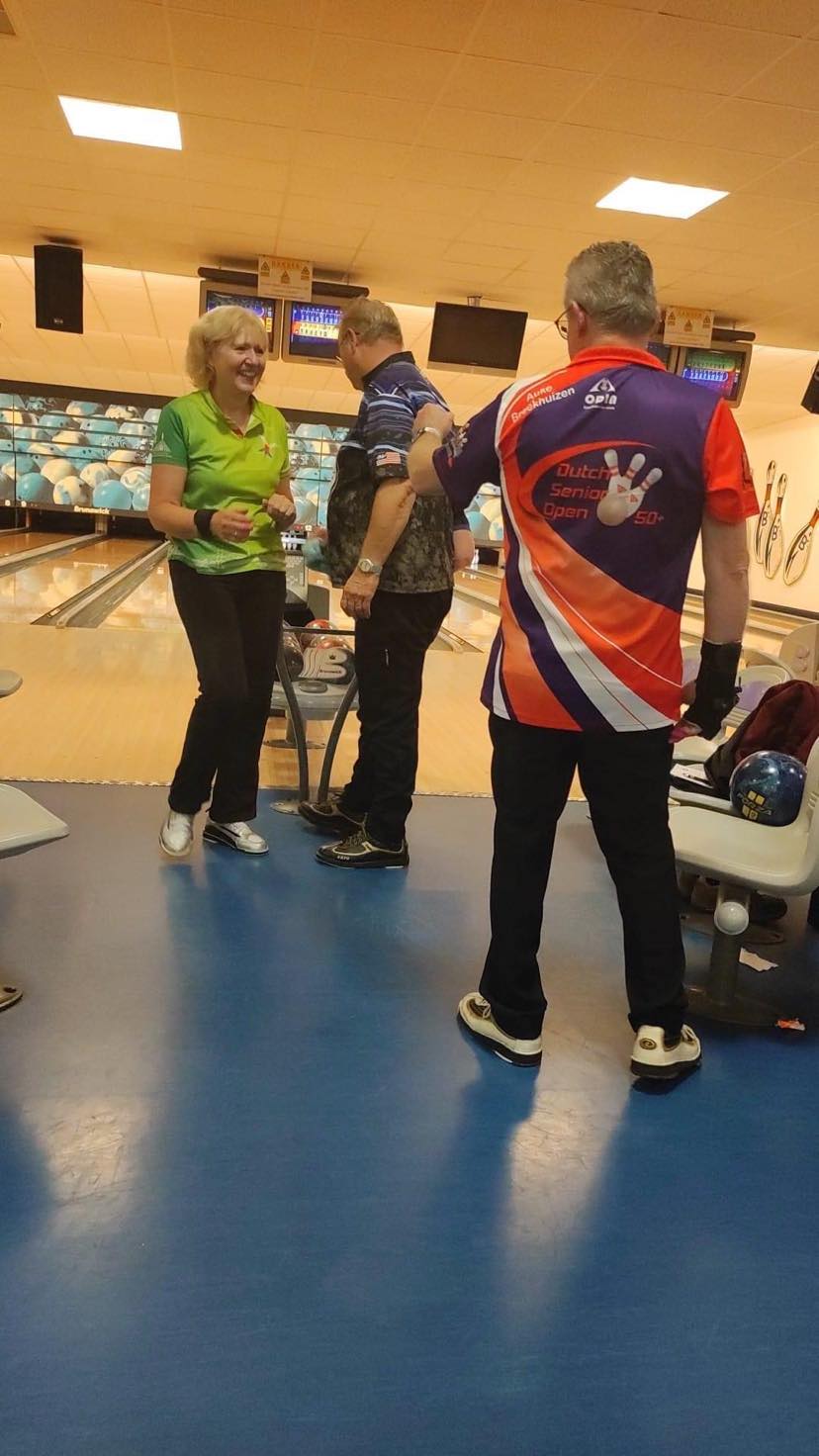 So after a few days to recover here is the report on the latest international event the ISBT Stroud Senior open 2022.

I will start with thank you’s first. Kim Johnson and Diane Johnson for allowing us to once again take over Stroud Bowl for 5 Days. Katie Johnson for not only Entering names for the each squad on Wednesday and Thursday, doing the lane moves after each 2 games, but also dressing the lanes, repairing an under lane ball jam and making sure everyone was Fed and watered with help of her staff including an excellent buffet for 70 people on Saturday night. Mark Patrick covered Friday to Sunday again doing all the lane moves and getting stuck in, helping out on the snack bar with his staff for the early starts for breakfast. Thanks to James the chief Tech for keeping the machinery running without a hitch.

Thanks to my sterling helpers Louise Gillespie and Linda Buckland who collated all the scores for the 1/4, 1/2 final and also the final while I was bowling. Martin Webster for sorting the financial side and preparing the final payout. He also sourced the bowling balls for the winners kindly donated once again donated by Graham Waller of Bowling vision.

My final thanks goes to Thomas Grose for live streaming every minute from Friday to Sunday. He did a really professional job. Live feeding it through FB, more importantly through YouTube which means you can go back and watch it again. 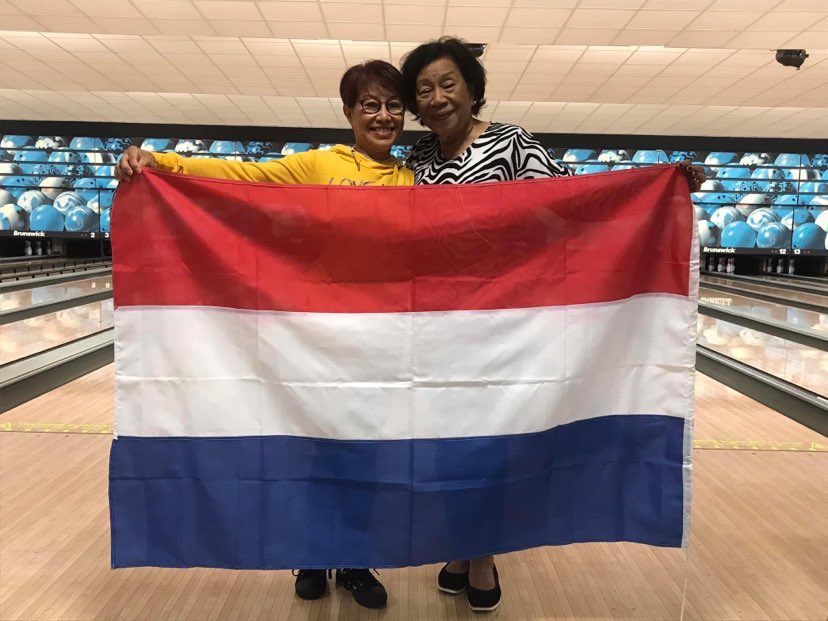 So on to the event itself. It was in grave danger of being cancelled with less than a month to go due to bowlers dropping out last minute and a clash with another event in Europe, but you the bowlers came through and showed your support for one of the biggest events on the UK calendar. We had 166 entries including re-entries with players from, Belgium, Germany, Netherlands, jersey, Ireland and the home countries of Scotland, Wales and England.

The pattern for the event was the PBA Mark Roth 42. The same as last year but using Fire instead of Ice as the oil for the pattern. Scoring was difficult in the early squads, Squad 1 saw Angie Brown top scorer of both ladies and men with an impressive 1255 scratch which would not be beaten in the ladies, but was equalled by Veronique Véronique Perniaux in Squad 8. Best scratch score for the men after 7 squads was Neil Highgate with 1223. Squad 9 saw the men finally excel over the ladies with Mike Halliwell aka Frosty shooting 1257. Squad 10 saw the highlight of the tournament when in game 2 Gary Christopher shot an impressive 300 game live on YouTube keeping up the tradition of a perfect game in every ISBT Stroud event so far. The previous one’s were Andy Gillespie , Auke Broekhuizen and Mark Wills.

Squad 11 saw Gordon Humphries lead the scratch scoring with 1279. In the general standing Inc bonus Ken Burton was leading with 1316 bowled in squad 1 with Ian Buckland 2nd on 1304. Squad 12 the final squad saw the scoring come good. Especially from the younger players, Paul Loberman 1318, Gary Christopher 1320 and best of that squad Colin Grose with 1374 including a 289 game.

So scoring is over we press the button on the spreadsheet to see who has made the finals on Sunday.
The top 24 in the general ranking which includes age bonus and the cut fell here at John Millen with 1245. The top 4 receive a bye to the semi final. Top place was Alan Keddie with 1416 2nd Gordon Humphries with 1415 3rd Gary R Baker with 1384 and the last bye going to Colin Grose with 1380. The 2 early bird qualifiers were Kim Johnson and Neil Highgate, the 2 highest scratch were Steve Thornton and Barry Walker With also 4 highest turbo games were Vincent Wuylens with 293 (285 scratch), Ray Lay , Ralph Hughes and the final qualifier was Auke Broekhuizen.
So 1/4 finals over 4 games saw positions 5 to 24, plus 2 early birds 2 top scratch and 4 tirbos, 28 players battle it out to reach top 14 and a place in the semi final. Top was Gary Barlow with 924 Inc bonus and the cut fell to Paul Loberman on 800(796scratch). So these 14 joined the 4 players who received a bye go to the semi final
Starting from scratch it would be played over 4 games with just the top 4 going to the final.

The top 8 players averaged 211 Scratch , but with top 4 averaging 218 the finalists in the men would be Kim Johnson 949 Inc bonus, Alan Keddie 916, Gary Barlow 915 and Robert Bruce 895. The ladies qualifiers for their semi final was top 6 in ranking where the cut fell to Farida Pascoal-Blom with 1189 and 2 early birds Kimberley Ann and Barbara Hensen from Germany and 2 Turbo’s Sandra Boswell and Marsha Dalley. 10 ladies bowling 4 games to make the top 4 for the final. The top 4 averaging 194 scratch were Kimberley Oakley, Angie Brown, Veronique Perniaux and Sandra Boswell. 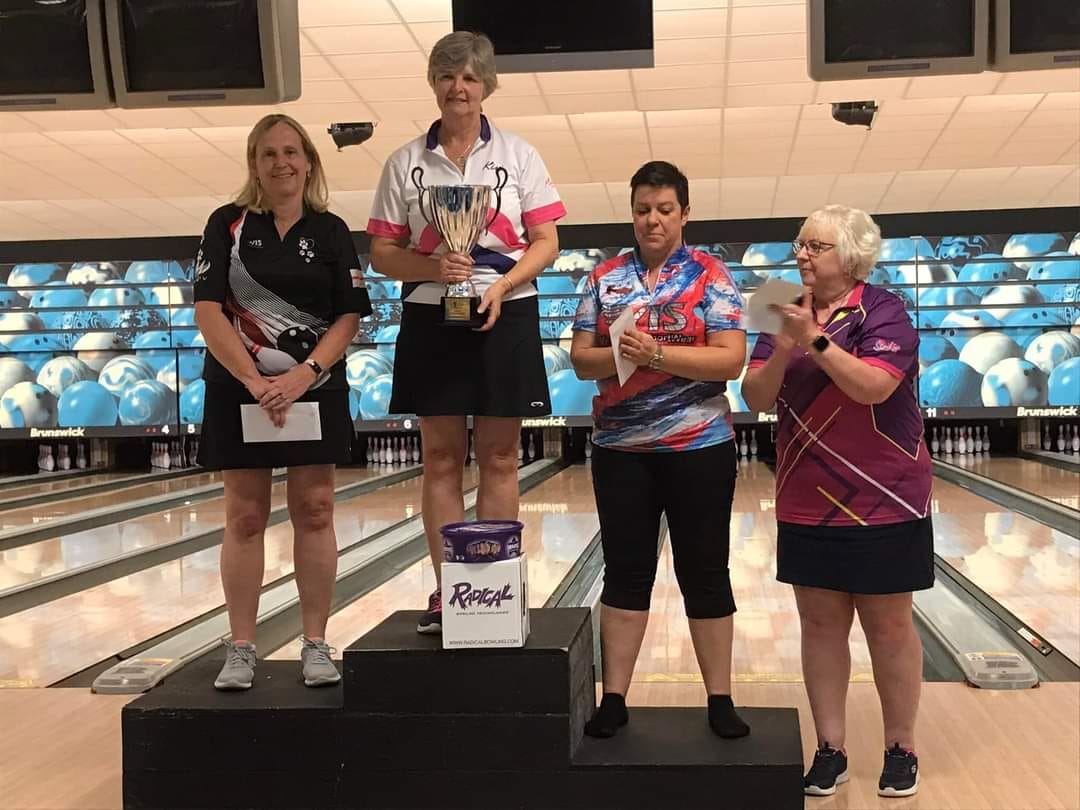 On to the final starting with the ladies.

4 players bowl one game with the low person going out and bring placed 4th, then another game with low player going out with the final 2 players battling it out for the title. First game Sandra bowed out with a 161 Inc bonus, then Veronique with 172. So head to head Angie v Kimberly

The game was very edgy and Kimberly managed just winning 183 to Angie’s 179 and crowned winner of the 2022 ISBT stroud senior open for a 3rd time. 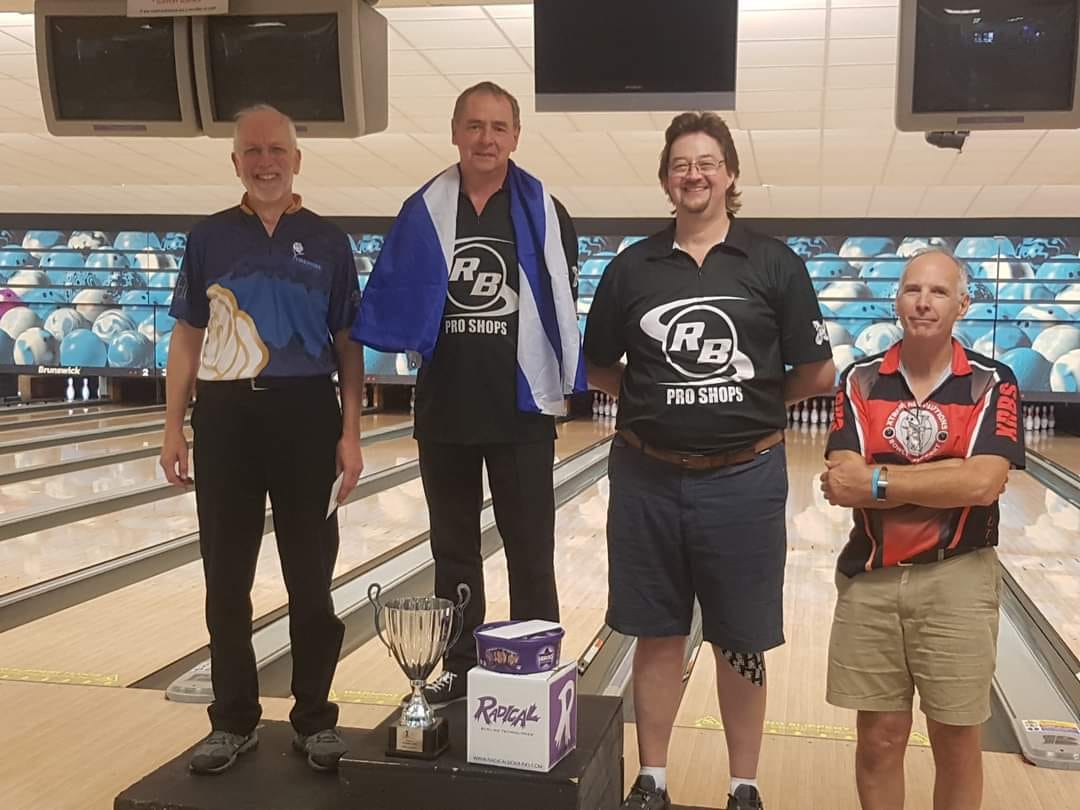 The men’s final saw Kim Johnson pushed out with a 194 Inc bonus. Next out was Robert Bruce with 183. The title match saw Gary no match for Alan Keddie who took the Title 254 to 195 and Claim his first ever ISBT title.

So in conlusion a great event on a very challenging pattern. Where the controversial argument over age bonus was not the over riding factor in the results. 8 players aged 54 or less made the last 32 with 3 making the semi final and 1 finishing 3rd overall

Don’t forget you can watch the qualification and the whole of the finals on YouTube including commentary from Thomas Grose and myself. Search for riding the ditch and look for ISBT senior open.

So on to 2023 will it go ahead or not. It’s down to you the Bowlers. Without your support it won’t happen.
I thank each and every one of you for helping to make this event happen this year.

Thomas Gross and Riding the Ditch in Stroud covering the finals 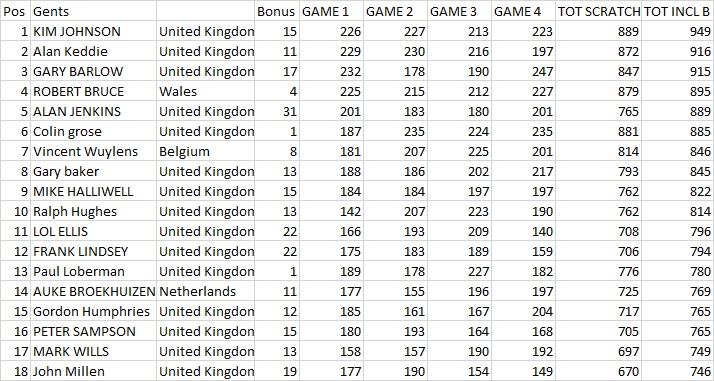 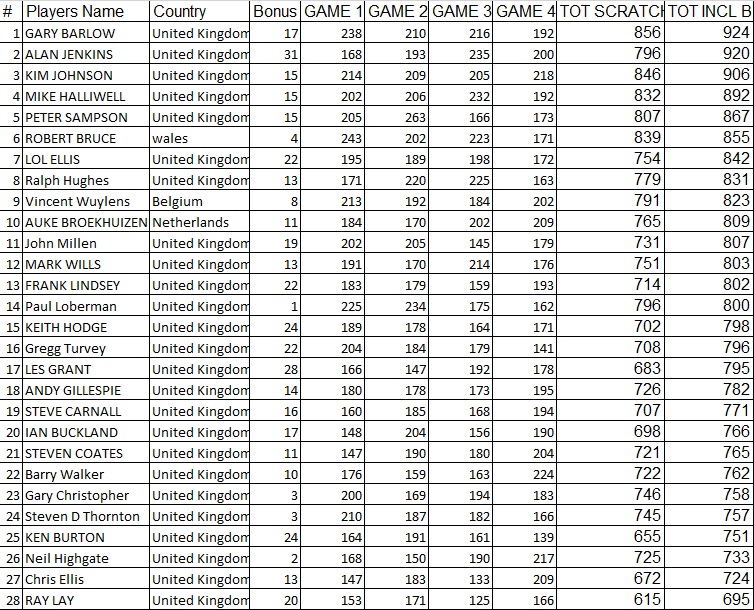 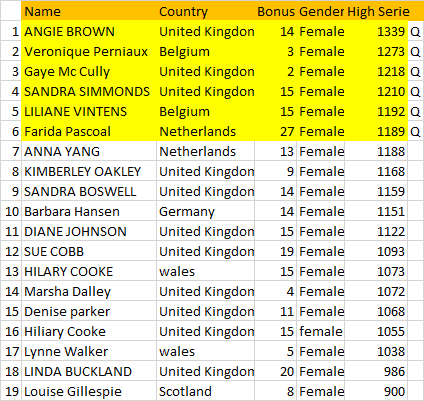 Here is the total list of all the bowlers who have played in the first three tournaments in Shipley, Dunstable and Mansfield and their average, You can use this when entering an average for Dereham […]