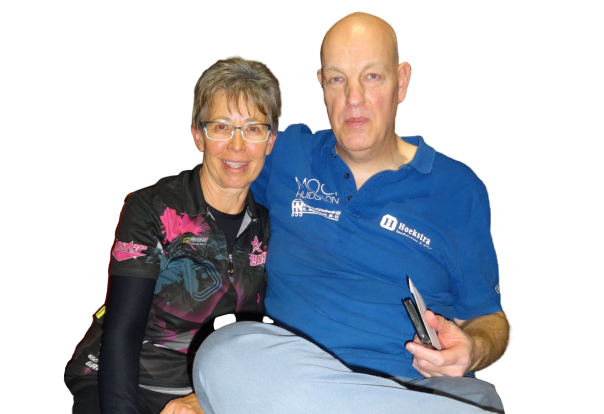 The second stop on the 2020 ISBT tour returned to Vegas Bowling in Osnabrück in Germany for the 15th running of Arthur’s Senior Open. The number of entries was reduced due to the start of the Coronavirus outbreak, but 55 men and 16 women competed this year. The format for the tournament was 12 games qualifying from two 6 game blocks, with re-entries allowed.

Age bonus started at age 51 (1 pin per game), then increased by one pin for every additional year of age with no limit. There were additional opportunities to qualify for the finals through Early Bird and Turbo rankings, and for the men a scratch ranking. As with all ISBT events, there was a separate division for ladies. The tournament was played on the Kegel Bourbon Street pattern, which is from the Kegel Recreational library.

The tournament started on Wednesday, with qualifying continuing until the end of Saturday. The final men’s rankings saw Helmut Ulber from Germany at the top with 2949, ahead of Wim van der Veem from Netherlands, and Georgio Desimio from Belgium. The top 7 would miss the first final round on Sunday, in seventh place was Hermann Wimmer from Germany. The last qualifier from the normal standings was Rene Gooyers from Netherlands with 2666. The players from 8th to 25th, plus six Earlybird and four Turbo qualifiers would bowl the first final round.

In the ladies’ section, Martina Beckel from Germany had a huge score of 2706, to be over 150 pins ahead of Inge Hazeleger from Netherlands, and Gisela Insinger from Germany. Only the top six would automatically go forward to the final, this place was held by Liliane Vintens from Belgium with 2419. These six would be joined by two Turbo and two Earlybird qualifiers.

The first final round was held early on Sunday morning, and was a four game block, starting from scratch. This was won by André Geelen from Belgium with 989, ahead of Gianni Marchiori from Italy. The cut for the next round was Alan Keddie from Scotland with 900.

In the second final round, the top seven from qualifying now joined the remaining players, and Alan Keddie led with 960 over the four games, ahead of Germans Peter Knopp and Uwe Tscharke. The top ten would go forward to the final round, this place was held by Georgio Desimio with 856.

In the final, Peter Knopp continued strongly, and finished with a 248 game to post a score of 1859. Wim van der Veen still had some frames to go, but had started striking from the 5th frame. He continued to strike for the remainder of the game, and Peter Knopp could only watch as Wim van der Veen finished with 1860, for a single pin victory. Helmut Ulber finished in third place.

The first ladies’ final round saw Martina Beckel continue to dominate, posting 909 for a lead of over 100 pins from Liliane Vintens. Marita Jansson from Sweden and Bianca Vőlkl-Brandt were the other ladies to make the ladies’ final.

In the ladies’ final, Martina Beckel’s lead from the previous round was enough to secure her the win, ahead of Liliane Vintens and Bianca Vőlkl-Brandt.

The next stop is the Alsace Senior Open, held at Cristal Bowling in Wittelsheim, France. The tournament runs from the 1st to 5th April. Full details are available at the ISBT web site, http://www.isbtbowlingtour.eu/