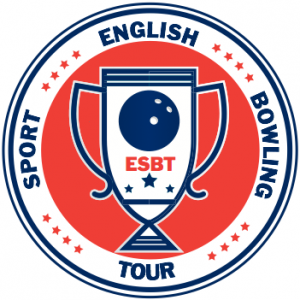 The first stop on the all new ESBT ( English Sport Bowling Tour ) was held at Stroud bowl on the 4th and 5th March 2017. All players would be facing the 35ft WTBA Los Angeles pattern over 8 games, tackling the fresh all the way through to 8th game burn. The pattern was randomly drawn out by Storm Bowling’s Tim Mack via live stream during the Irish Open 2017.

All bowlers have a chance to practice on the pattern to get an idea of how it plays and breaks down up to the event, looking at surface changes and how different equipment reacts with the pattern.

On the day all bowlers get a 10 minute practice session before the squad starts to then fine tune their game plan and method of attack, and during this time only were any surface changes allowed, cleaning of the equipment is allowed after every game – if wanted but no surface changes.

The first squad saw the Bowling Promotion Cup Champion Glen Bailey fast out of the blocks with a 263/278 start for the first two games leading the field followed by James Fitzpatrick with 207/232, as the pattern started to show signs of change it did not seem to have any affect on Glen as he followed his start with games of 213-213-234-300-172 and a 268 to finish for a huge total of 1941, +341! Glen threw his Storm Pitch Black all 8 games and it looked like a train running through the pins, especially during the ESBTs first 300 game!! This is a massive score, could it be beaten??

Two squads followed on the next day and every bowler knew what they had to aim for to take the win, but most importantly get some very valuable points to qualify for the Tour Masters at the end of the year with a shot at the Storm Bowlings sponsored Champions Prize , the Trip of a lifetime to the Fabulous Las Vegas and a tour of the Storm plant in Utah, something that money just can’t buy!

Squad 2 consisted of a Triple EBT winner, a World Champion, 2 Commonwealth Multiple Champions, a Multiple European Champion , an Irish International , a Welsh International also a handful of Team England players and an English Hall of Famer…..to mention a few.
Adam Cairns set the pace with a 234 followed by Samantha Hannah 233 and Hadley Morgan on 228 to start , but it was Hadley Morgan that kept the pace going all through his 8 game block with a further 3 260+ games and the ESBTs 2nd 300 in game 8 to clinch the lead from Glen Bailey with a total of 1979, by 38 pins. Adam Michaels shot a solid block of 1737 for 2nd and Adam Cairns grabbed the 3rd place with a 1724.

Highest female after 2 squads with a 1690 total, including a 139 game , was Team Englands Vicki Harman. Interestingly all through Vicki’s 8 games she was using her new Storm Timeless and didn’t need to go down the urethane route like most others! Does Jason Belmonte know he’s created a ball for short patterns to?!

Squad 3 – our last squad of tour stop 1 , took to the lanes. Looking at the players in the final squad there could possibly be a couple to match up and give challenge to the top spots…. Could the likes of Steve the Legend Thornton , James Footner Wales’s #1, Irish Open Champion Jamie Bottomley , Motiv Staffer Pete Stevenson or the superb short game of Leon Devlin give a good chase to Hadley’s score??

As the action starts he strikes are flying in Young Gun Brandon Roberts sets the pace with 258 followed by a bunch of 220+’s … Games 2/3 and 4 see’s the Newcastles home grown hero Matty Clayton shoot 255/280/258 for a 793 putting him well in the mix!
Jamie Bottomley, Brandon Roberts, Pete Stevenson and Matty Clayton were all battling for the lead at the half way stage… this is when some of the players noticed the transition start to become an issue with ball reaction.

A few changes from urethane to slightly reactive equipment helped Motiv’s newest signing Pete Stevenson keep his foot firmly on the gass leading him to an 8 game total of 1782, but was still 53 pins short of the squad winner, former Irish Open Chamipn Jamie Bottomley raking up an 8 game total of 1835!

This meant Hadley Morgans massive score of 1979 was enough to hold on to the top spot to take the ESBT Tour Stop #1 win and bag himself £350, A free entry in to the 2017 Malta Open, A Free RW-entry to the AIK tournament 2018 and maximum tour points going towards the Tour Masters at the seasons end a few miles closer to the amazing sponsored Champions prize of Storm Bowlings trip to Las Vegas and Utah to visit the Storm Plant!!

Congratulations to the top 12 cashers for great performances, a big thank you to Diane and Kim Johnson + All Staff at Stroud bowl for hosting us for the weekend. Mike Gatt, tournament manager of the 2017 Malta Open for his sponsored Entry and Ian Robinson, tournament manager of the AIK for the sponsored free re-entry for the 2018 event, Bowltech UK and Storm Bowling Products for the support and the amazing masters prize!

Next stop #2 is at Poole on the 2nd April with an overflow on the 1st, if needed.

The lane pattern will be WTBA Mexico City, 43ft , as randomly chosen by Hadley Morgan live in front of the crowd at the prize ceremony!

See you all there!

A huge Congratulations to our Tour Stop #5, and First Female Winner……. Jo Allsebrook!!! Some might say Jo was ” Locked In” all day using her #Storm Lock and Snap Lock to master the 44ft […]

Dream-Bowl Böblingen, Germany 8th to 16th July 2017 Champions: Bianca Völkl-Brandt and Robert Vallons The fifth stop on the 2017 ISBT tour was the second visit of the year to Germany, this time to Dream […]