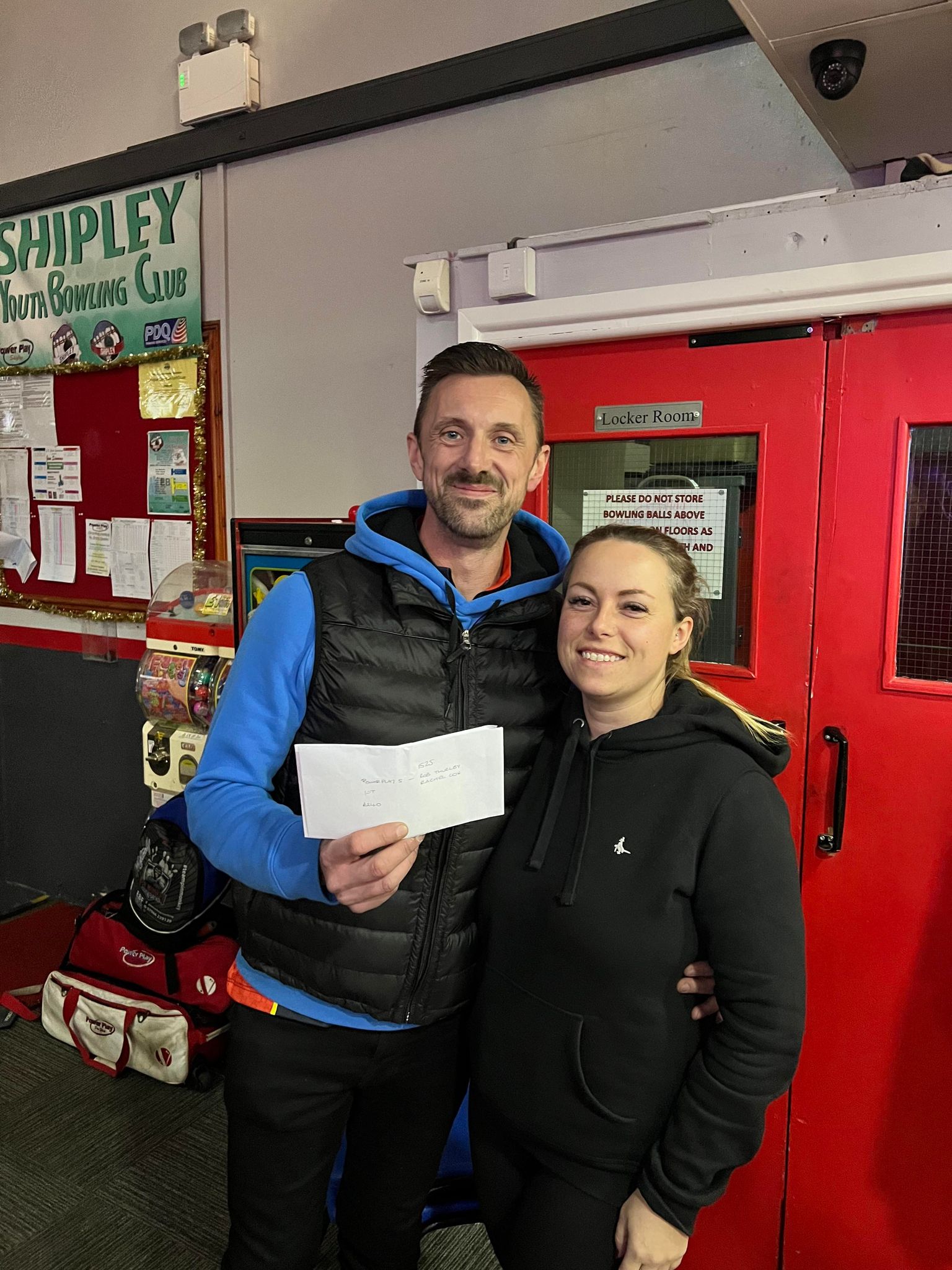 We had a total of 68 teams over 6 squads turn up and there were some excellent scores. Out of the 68 teams that bowled 3 teams re-entered with the same partners. In total 133 different bowlers bowled, some every squad and others just the once. All in all an amazing turn out.

It was good to see loads of different bowlers with lots of different styles from the North, South, East and West acting like a huge respected family.

I want to thank Debbie Alderson and all the others that helped to run the event, so I got the chance to throw a couple of rocks myself.

I would also like to give a huge thank you Jeff Taylor and his staff for letting us use his centre again all day with a very good lineage price (especially for Bank holiday) even though he could have filled his center with public twice over. 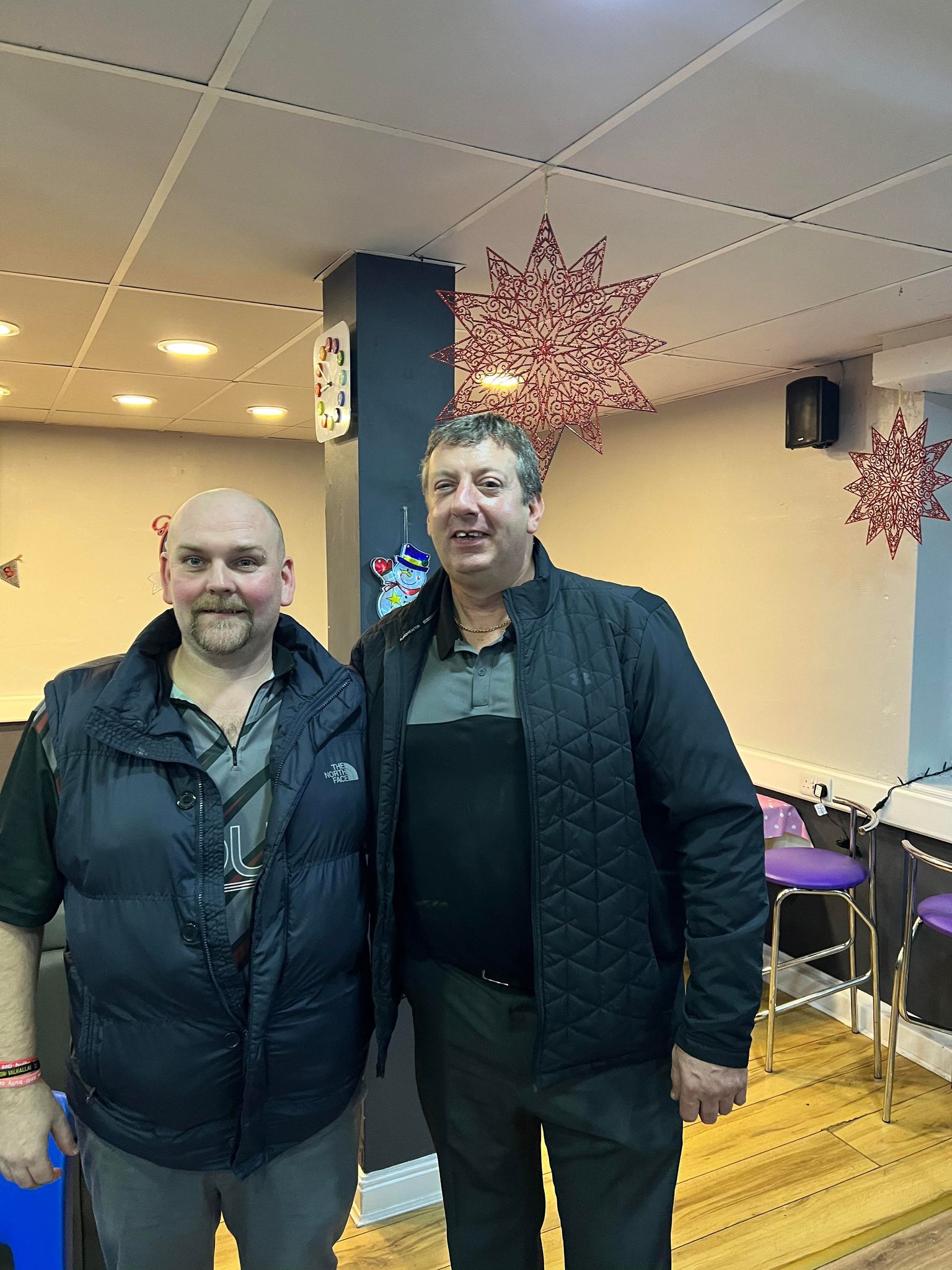 This year the SBC put a prize up for the 1st 300 of the event but although they were loads of close attempts unfortunately this was not won.

We bowled the Kegel recreational pattern Highstreet V2 and it played really well with an event average of 200.1 for 408 games. It was 44 foot and had 25ml of oil on it when the FRESH squads bowled.

Unfortunately, we did encounter a breakdown but the event came together and we worked through it with some teams having to bowl at trio’s pace. Sorry for this happening but luckily, we only ended up running an hour late. 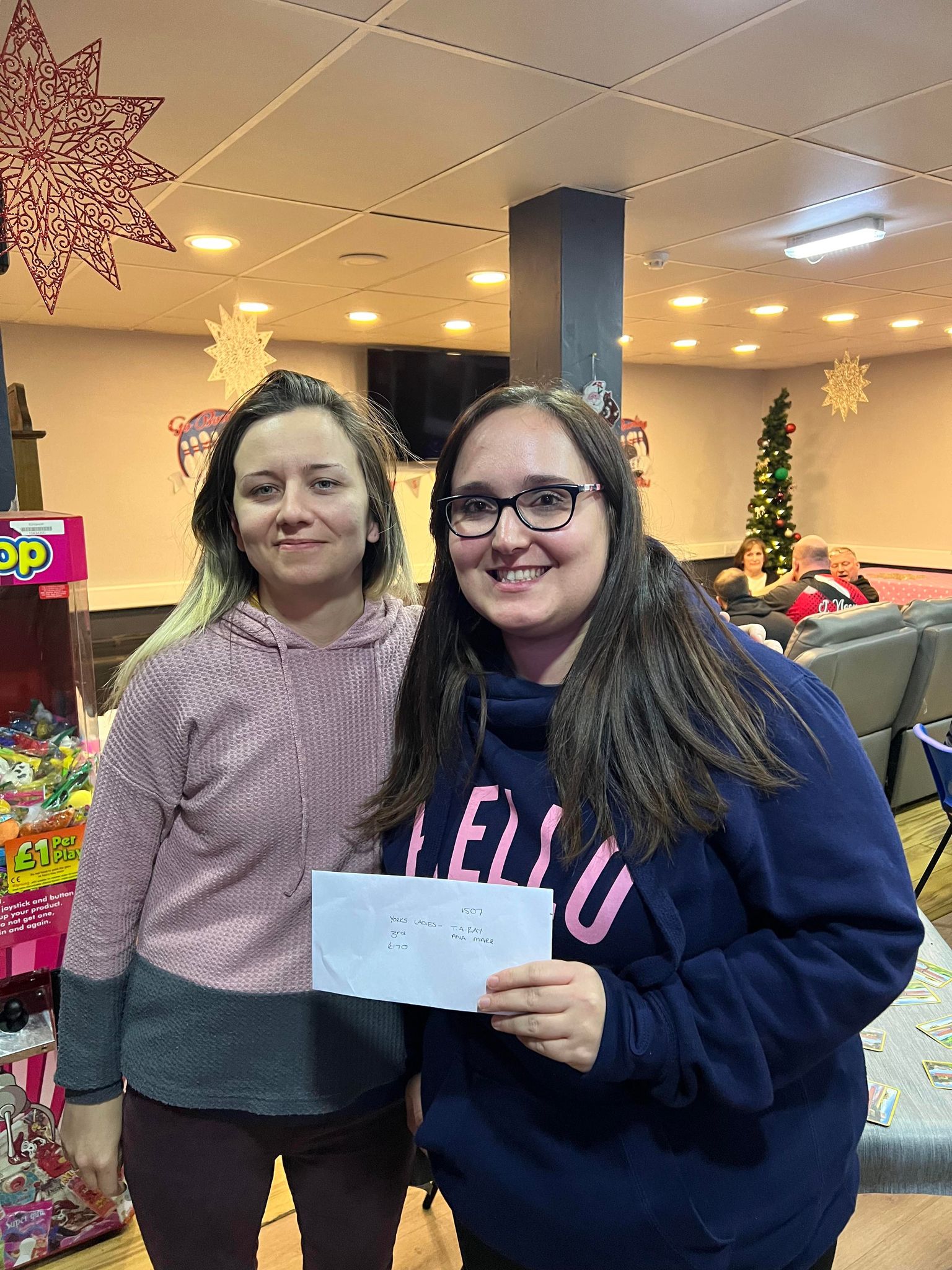 We also ran an optional scratch pot. This cost the bowler an extra £5.00 per squad and they could enter as many or as little squads they would like. We ended up with 78 entries and paid out in a 1:7 ratio (11 Places) with a total of £390.00.

Part of this tournament was to raise funds for Shipley’s ever growing Youth Bowling Club so part of the entry fee (40p per bowler) went to the YBC so this came to £54.40. On top of the entry fee we also ran 6 strike balls, 1 per squad. These were paid out 50% to the winner and 50% to the YBC this raised an extra £94.00, so in total £148.40. Another big thank you to all bowlers who played the strike balls.

Happy New year to all of our bowling family

Yours in Bowling,
Lee Metcalfe 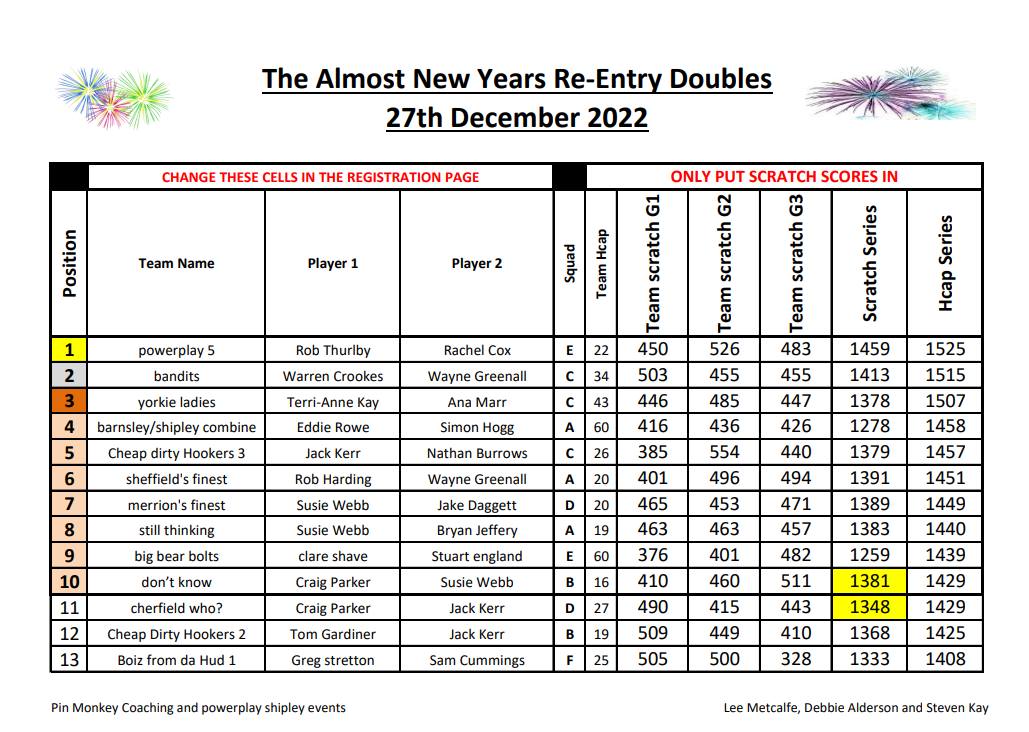 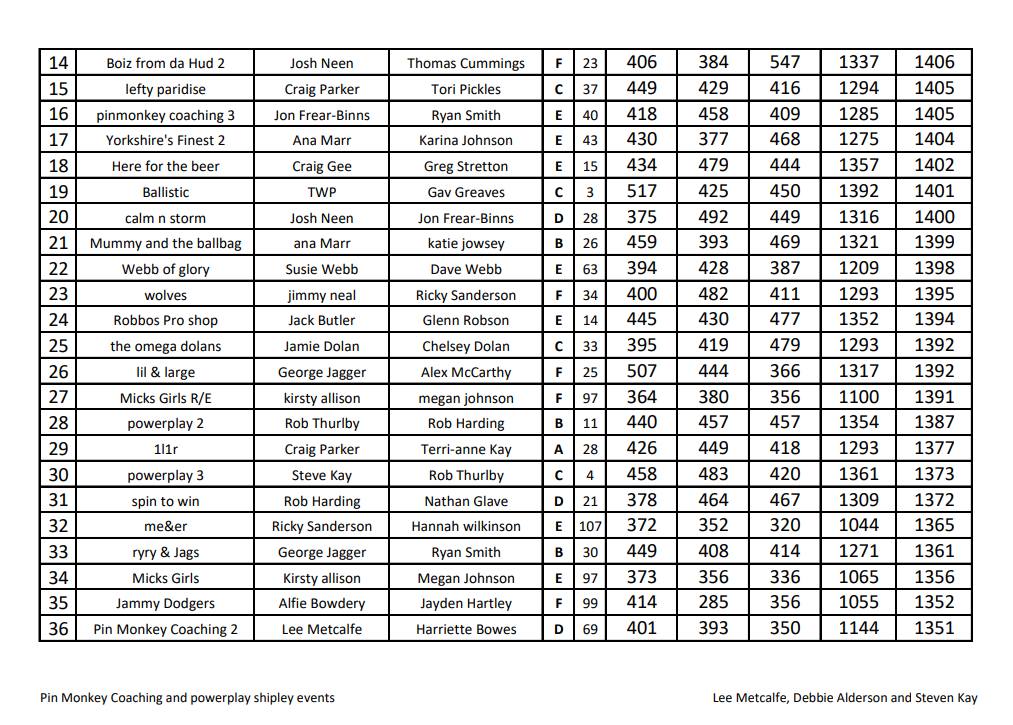 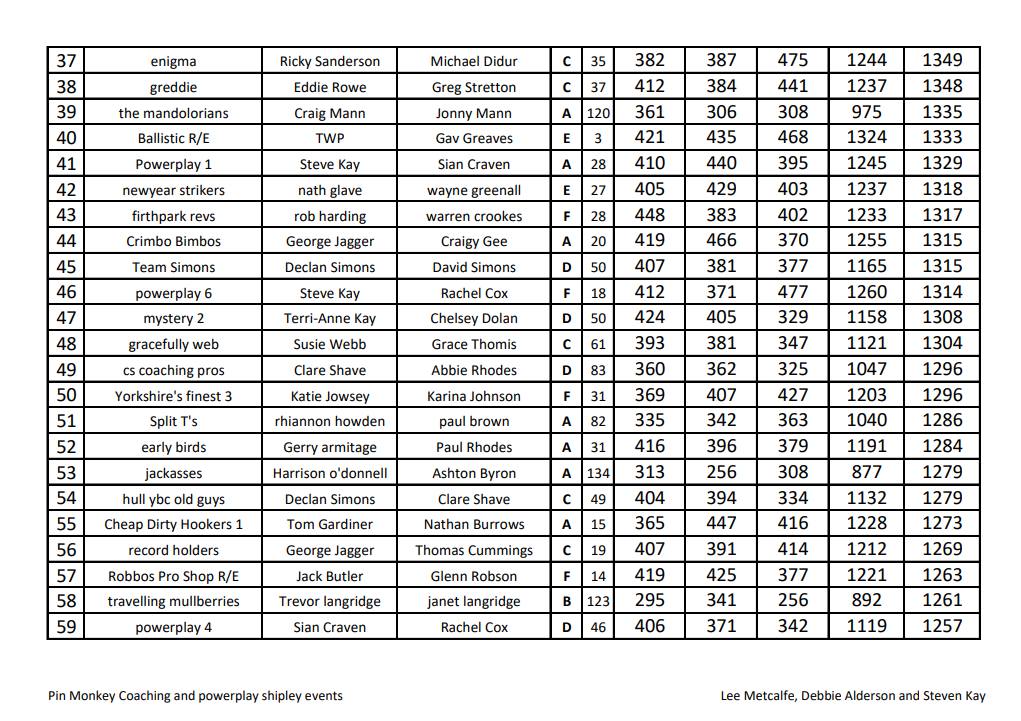 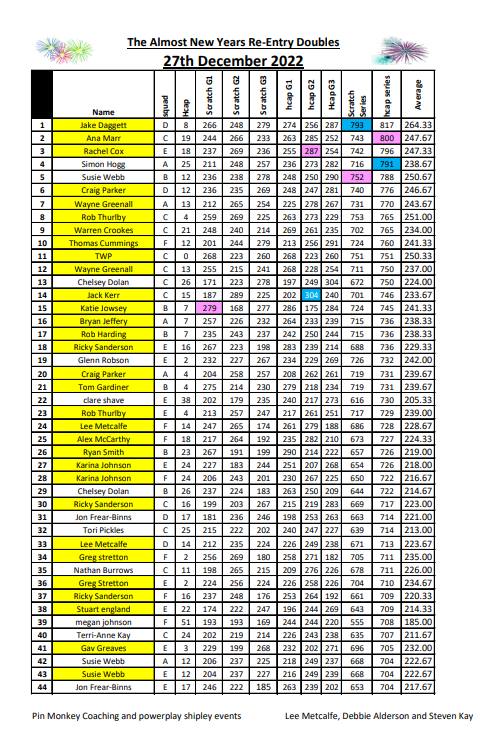 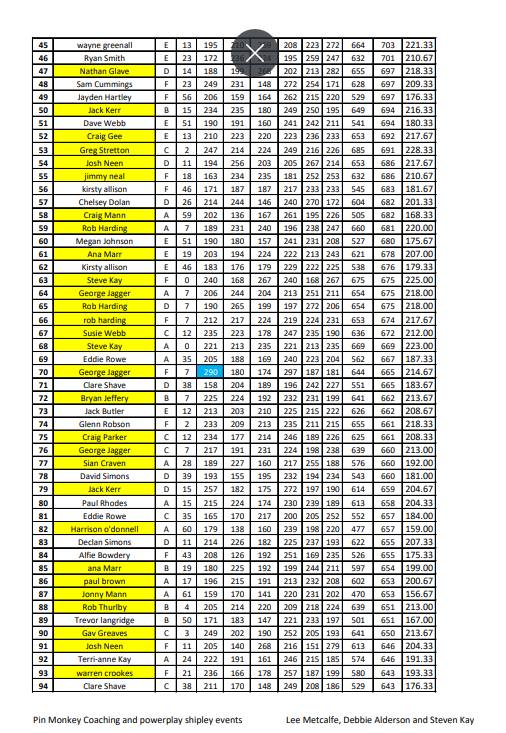 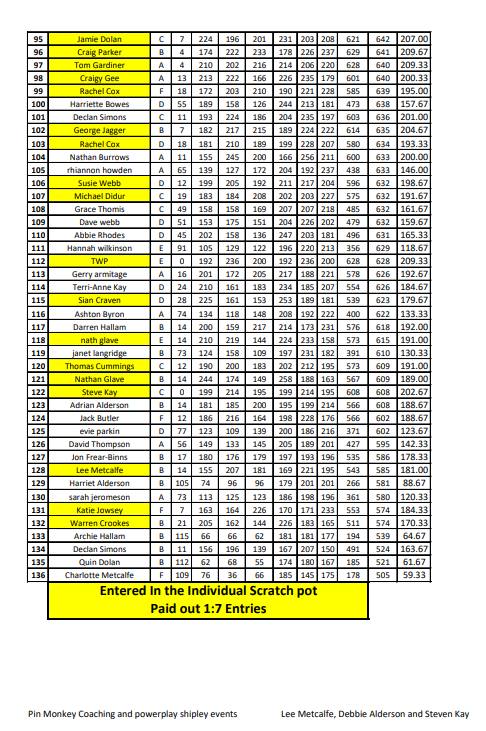 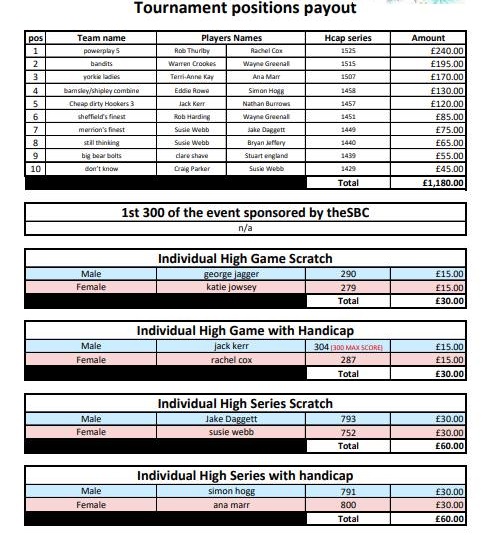 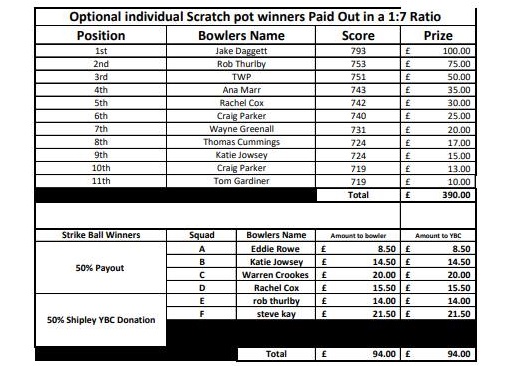 Sat 11th Sept at Shipley saw the first time a Saturday squad had been bowled in a Resdev tour stop, owing to the popular demand for the tour this year and it was a first […]

This event was held on 9th June 2019 at Go Bowling Shipley. This was a brand new event with a great format although as it was the first event it was a little tricky to […]

Saturday 19th & Sunday 20th February 2022 First of all, I want to thank everyone, athletes and parents/guardians who made the trip to Shipley during this atrocious weather. We had some very high scoring in […]