A bit about these events – The idea is a friendly tournament that will give the bowlers a chance to bowl in an local event on a Kegel “challenge” pattern.

I want to give bowlers a chance to bridge the gap between league/house pattern bowling and an elite “Sports Tournament”. Thanks to our sponsors we are able to keep the price down so it will give you space to learn and grow as a Tournament bowler.

I want bowlers to learn and test themselves but at the same time not feel too pressured by the bowling environment – And I hope this series of events will enable you to do that.

So because we got more bowlers than originally planned, we played at Trios pace and reduced the numbers of games qualifying to 5 and increased the step ladders to the top 4 instead of the top 3.

The pattern chosen for this event was the Kegel Challenge Titanium pattern.

The top 4 scores Scratch were 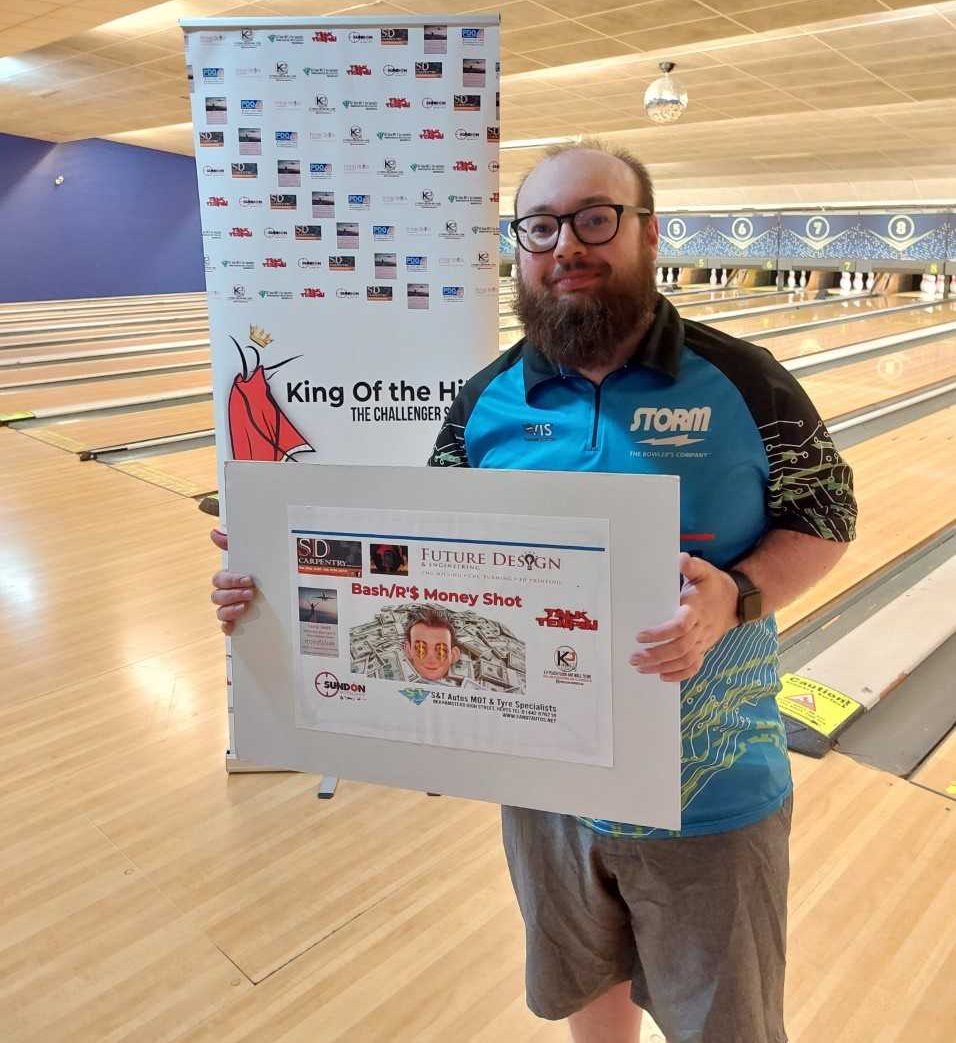 Thanks to the tournament manager securing some sponsorship for the event meant we threw in some extra prize money.

We had £10 high game for each of the high game

The top four in handicap section were

And top qualifier using the ball he only got drilled up the day before was young local YBC bowler Cameron Brown on 1222.

The bowler chosen was Craig Barrett… and after just averaging 226 its not like he was going to miss. And sure enough he pured the pocket for an easy £30

Both bowlers started strongly but a couple of opens from Richard Parker, let in Sam and he progressed to the next match 259-222

A lot closer this game, Darren Michael just losing out to Sam who had the momentum from the previous game on his side 237-224

Before the final we had the “final countdown” – again a bowler randomly selected would get 2 minutes to knock down as many skittle as they could… and them pins would be turned into £’s… Lorna was selected, but refused to do it… then some others were selected, but they had gone home ! – which is why its always good to stick around… the next cab off the rank was James McMinn… as soon as he stepped onto the approach the time started .. 2 minutes go quickly… James knocked down 37 pins – and won £37 ! 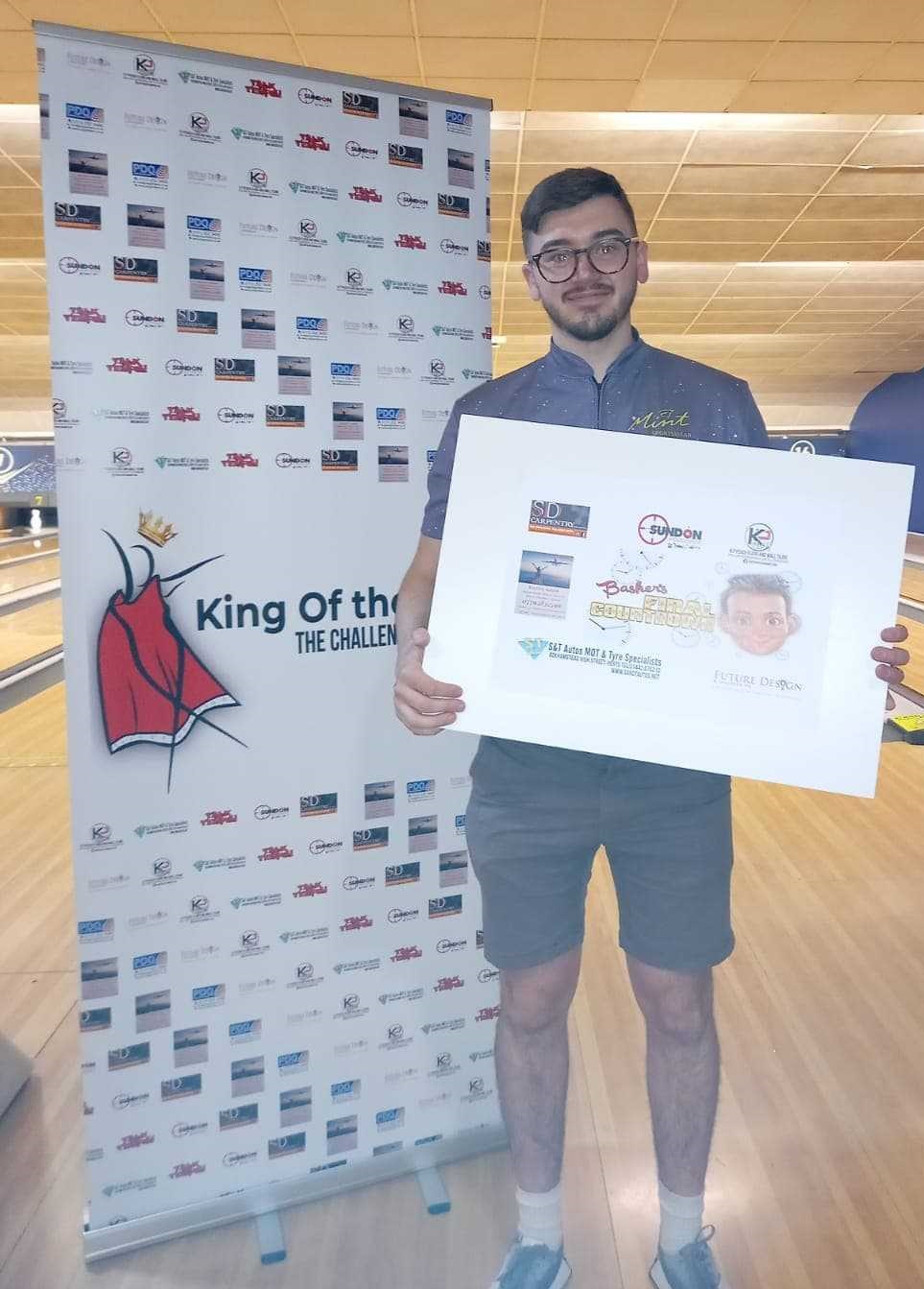 Cameron was bit a nervous and the game went down to the 10th frame, Cameron showed he had the minerals and won through beating Sam 228 – 212

Basher a colossus in the game, playing against a peewee girl Lorna Scott. Basher had the better of the early exchanges, but a twang of the tendons saw a mid game collapse, which Lorna took advantage of off to win the title 215-181

Well done to our champs – honestly I can’t thank the sponsors enough for supporting me and these events. If you think you can use the services of one our sponsors then give them a call and let’s try and help each other out and keep it bowling. 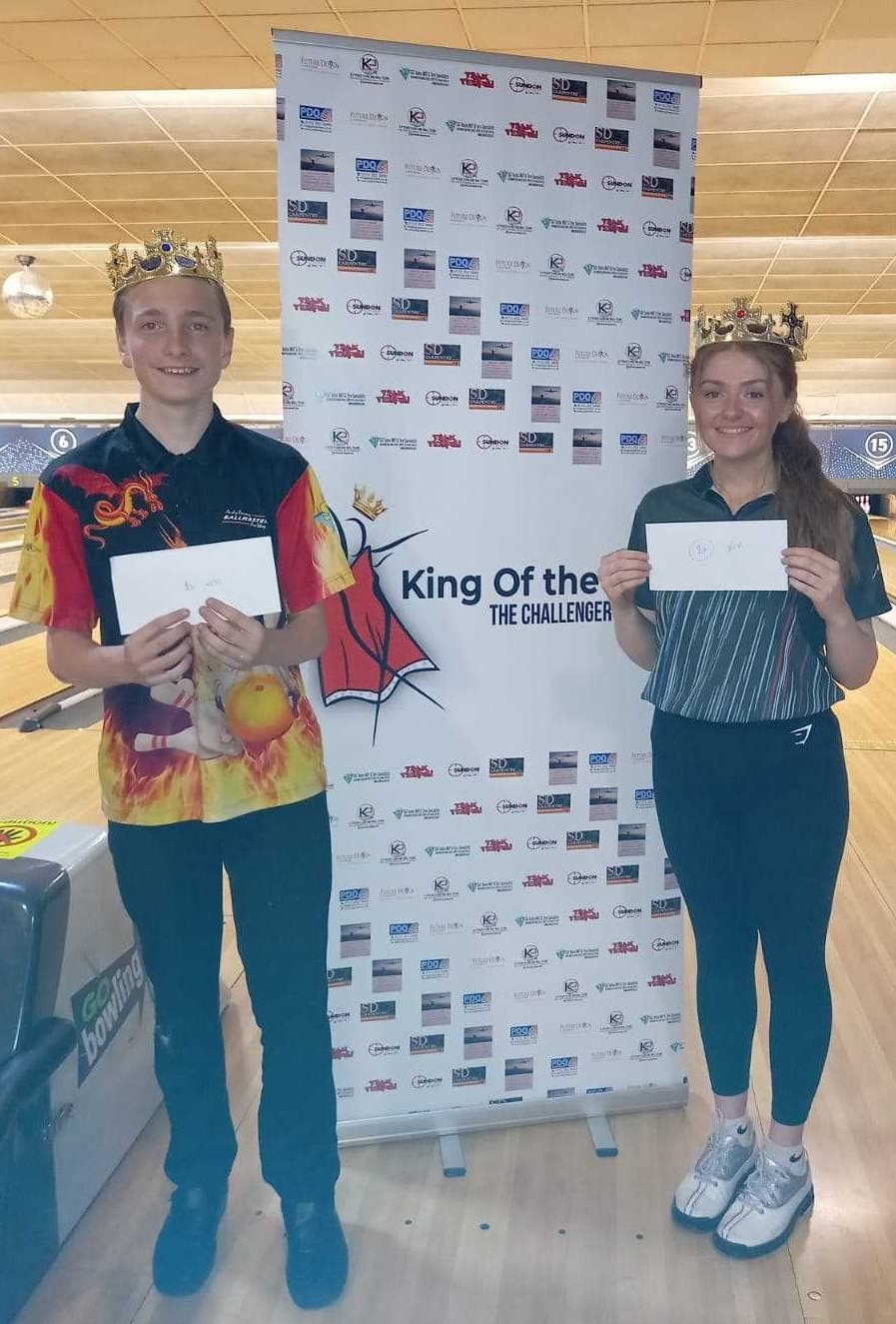 Travel with the Smiths – https://www.facebook.com/travelwiththesmiths

We also streamed the event and you can find the video on my twitch channel https://www.twitch.tv/henryscat666/videos

The final week of Season 4 – and we had good attendance numbers for a bank holiday Monday, and new bowler – Welcome Martin Townshend Championship – It was Jordan Hart and Mark Richardson battling […]

The final week of Season 3 – we had a new bowler, back to bowling after a long break away from the game was Mark Richardson – welcome Mark. Championship – Lee Bradley opened up […]