HyperBowling is a revolutionary product that has the power to expand the reach of bowling and unleash its full potential—to enable bowling and entertainment centers to attract and entertain more people, more often. 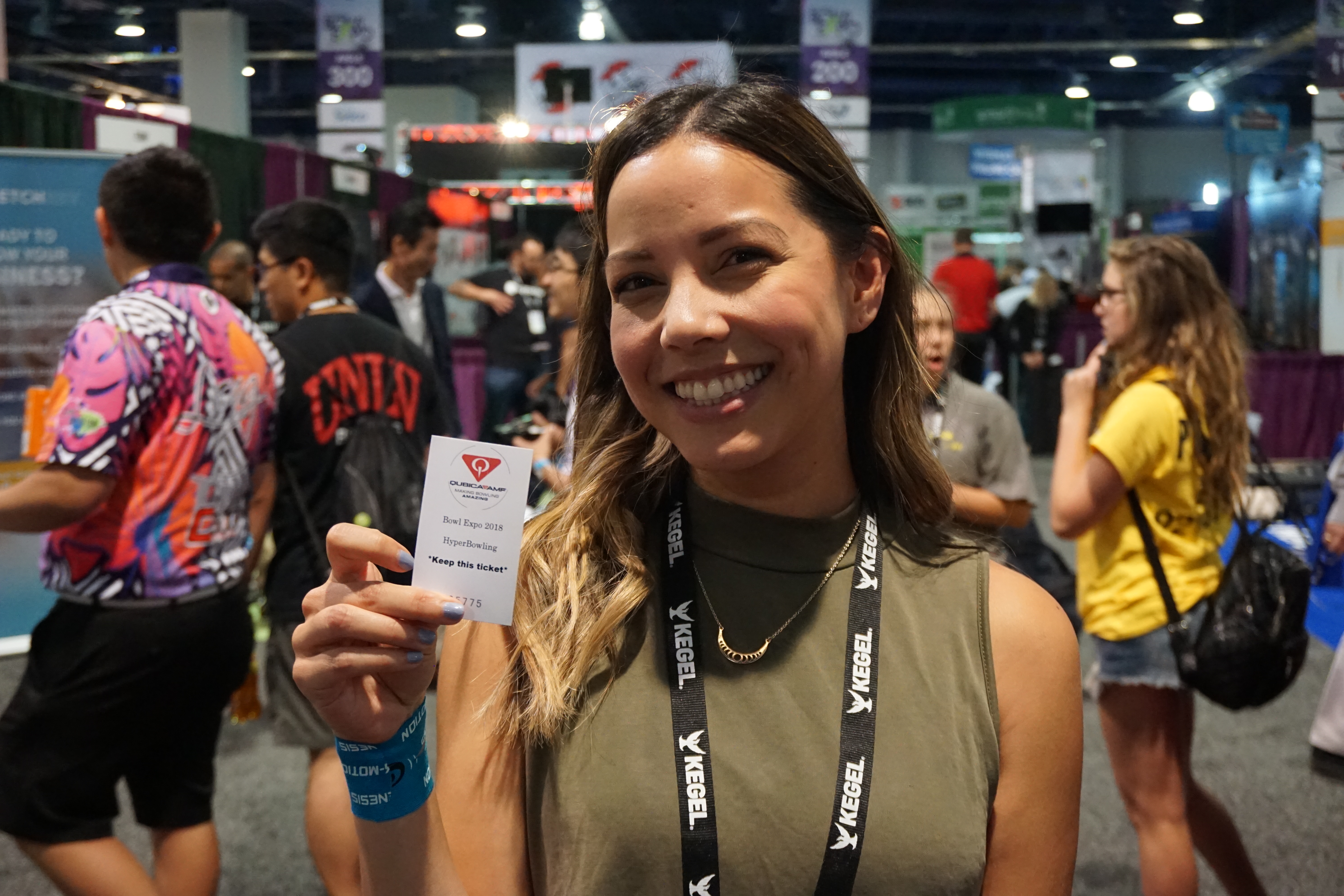 July 26, 2018 (Mechanicsville, VA) – QubicaAMF Worldwide (QubicaAMF), the largest bowling products company in the world, officially launched HyperBowling at the International Bowl Expo last week in Las Vegas after previewing it at IAAPA in November 2017. At the heart of HyperBowling is an all new bumper system built for everyone and meant to be used as part of the game. Now every shot counts every time, and any player, no matter their skill level, can play and win.

HyperBowling includes a set of four new bowling games designed around the bumper system. The lights on the bumpers create moving targets that players aim to hit, or avoid. Fully integrated with the BES X Bowler Entertainment System, each game has its own unique set of challenges and levels and includes video-game elements never before seen in bowling such as progressive levels, increasing difficulty, real risk/reward decisions, high score and accomplishments.

“HyperBowling goes above and beyond to extend the bowling population, to reach the younger generations, to increase their spending, frequency of visits and ultimately center revenue,” states Pat Ciniello, Chairman of the Board of QubicaAMF and owner of seven bowling and entertainment centers in southwest Florida.  “I have HyperBowling installed on my VIP lanes in my HeadPinz facility. As a proprietor, it is exciting to see the initial reaction from our consumers. I truly believe this can be a real game-changer and help drive new traffic into the center.”

Since its preview in 2017, QubicaAMF has hosted several Shaping the Future of Bowling seminars around the country sharing our mission of Making Bowling Amazing. To show our thanks, QubicaAMF awarded one lucky seminar attendee, Al Messier from Brookmont Bowl in Kankakee, Illinois, the opportunity to attend Bowl Expo this year, all expenses paid as a result of winning our Bowl Expo Grand Prize! Attending his first Bowl Expo, Al shares, “I was very excited to see BES X and HyperBowling first-hand. It motivates me to know what I can grow my center into and provide an enhanced experience for my customers to keep them coming back. Attending Bowl Expo for the first time was a great learning experience.”

In addition to the seminars leading up to the event, QubicaAMF hosted two sessions during Bowl Expo, one as part of the Sponsor Pavilion, to introduce HyperBowling to attendees and share the learnings from consumers as part of the market research results in the installed centers.

Once the expo began, the crowds were in full force at the QubicaAMF booth with attendees having the opportunity to try HyperBowling out for themselves. Getting in on the fun were four Professional Bowlers, Jason Belmonte, Bryanna Cole, Michael Tang and Darren Tang. These four pros were paired up with Bowl Expo attendees, Lillian La Fave (JBSA Ft. Sam Houston, TX), Crystal Askins (AMF Euless lanes, TX), Robin Mitchell (Alley Bar, KS) and Greg Skinner (Westview Lanes, NC), as they competed against each other for the chance to win up to $1,000 in cash during the first ever, HyperBowling Pro-Am Challenge on the lanes on Thursday afternoon. Coming out on top was the pairing of Jason Belmonte and Lillian La Fave. In addition, Christina Aning of Bel Matteo Bowl was the lucky winner for the $1,000 drawing at the end of the show. 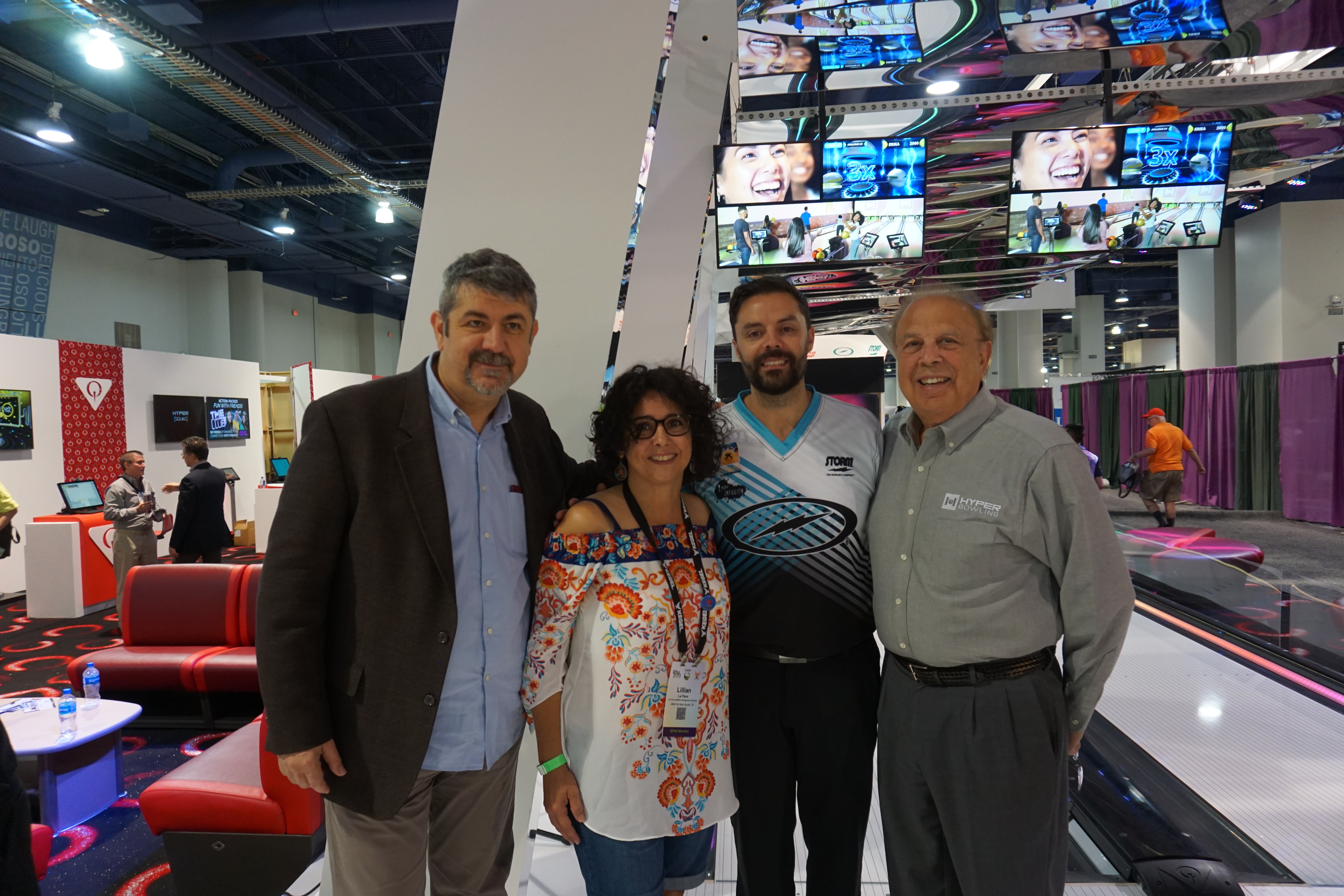 “HyperBowling really leveled the playing field. I haven’t bowled in almost 20 years, and I can’t believe I won,” exclaimed Lillian La Fave. “I had so much fun and it was an amazing experience getting to bowl with Jason and getting some coaching tips from him!”

“We truly believe that bowling has so much more potential to attract and entertain even more people, more often,” says Emanuele Govoni, CEO of QubicaAMF. “This point was evident as ever watching the amateurs bowl with the professionals during the HyperBowling Pro-Am Challenge.  I have never been as excited about a new product as HyperBowling, and this is just the beginning of QubicaAMF’s mission to Make Bowling Amazing.”

QubicaAMF is the largest and most innovative bowling equipment provider in the world with 600 employees worldwide. We build and modernize more bowling entertainment centers than any other company in the industry, and have an installed base of more than 13,000 centers in 90 countries. The company has a sales and distribution network with worldwide reach and maintains the largest R&D team for electro-mechanical products, software, electronics and entertainment systems in the industry.

QubicaAMF has over 100 years of experience and can provide the perfect combination of bowling equipment, products and services for new or existing bowling entertainment centers, FECs, Cinemas or any other facility in the hospitality, retail or restaurant industry.

Our ongoing mission is Making Bowling Amazing. We are convinced that bowling has so much more potential to attract and entertain even more people. With our products, we will help our customers fully unleash that potential.

Where else could the Silver Anniversary edition of the AMF Bowling World Cup be held but at its birthplace? Stillorgan Bowl was much bigger now, thanks to the addition of more lanes and a big […]

It’s been open since 1991 once part of the Superbowl 2000 chain and had other owners since. The new owners are about to relaunch the new look Rotherham and we think you are going to […]

As a race, innovation drives us. Striving for something better has defined the human race for centuries. Sport is no different as each generation pushes the boundaries ever wider and technology plays a big part […]