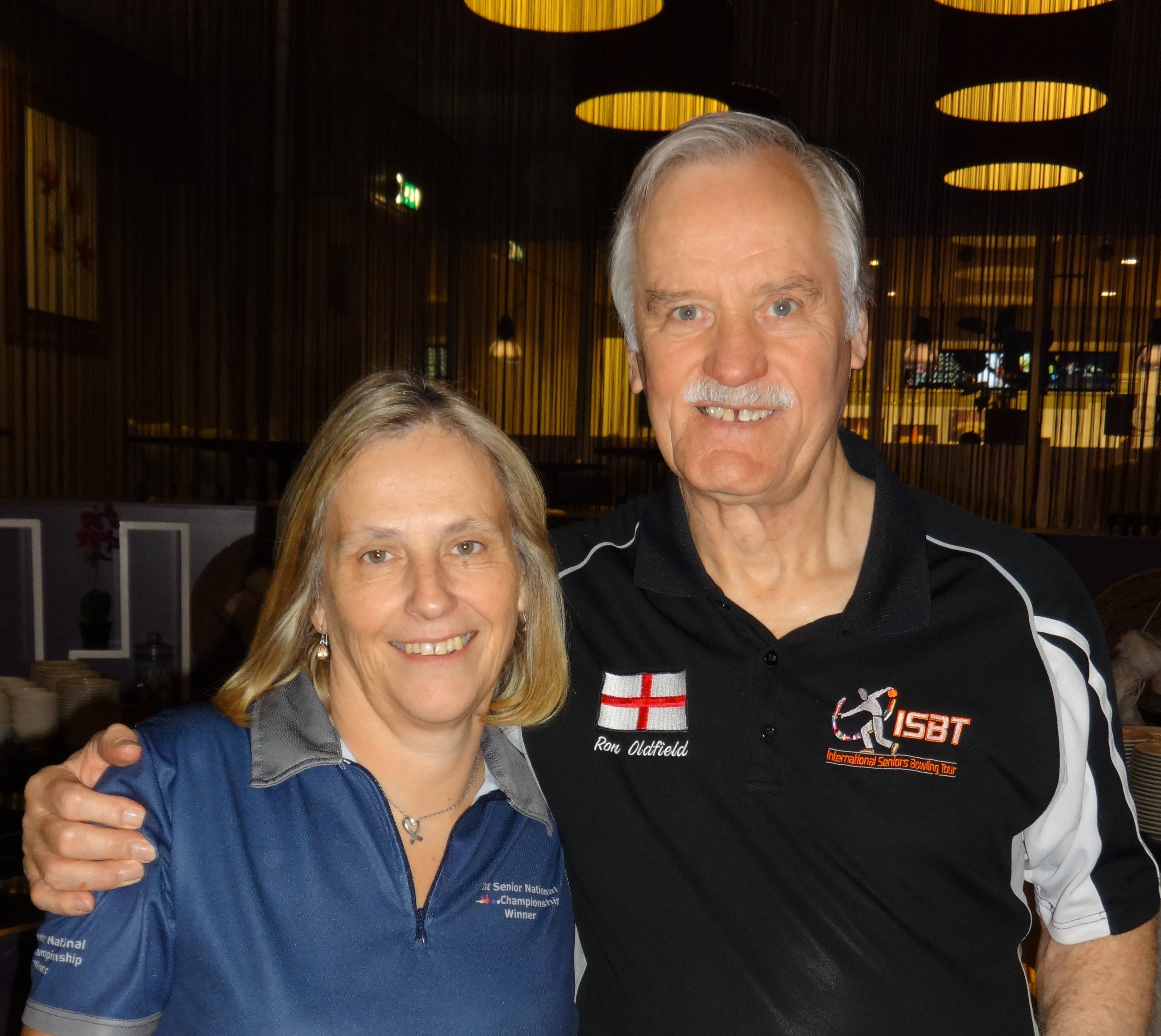 The final stop on the 2017 ISBT tour was the second running of the Zeeland Senior Open, at Bowling Goes in the Netherlands. The entry list of 75 men and 19 women was a significant increase on the previous year, including a very strong UK entry of 26 bowlers, only one less than the 27 bowlers from the home country.

The format for the tournament was a single 6 game qualifying block, with unlimited re-entries. The qualification cuts were tough, with only 3 women and 18 men making the finals from the overall leaderboard. For those not able to qualify this way, there were additional opportunities through Scratch scores, Turbo games, and a Desperado squad. Age bonus started at age 51 (1 pin per game), then increased a pin for every additional year of age with no limit. As with all ISBT events, there was a separate division for ladies. 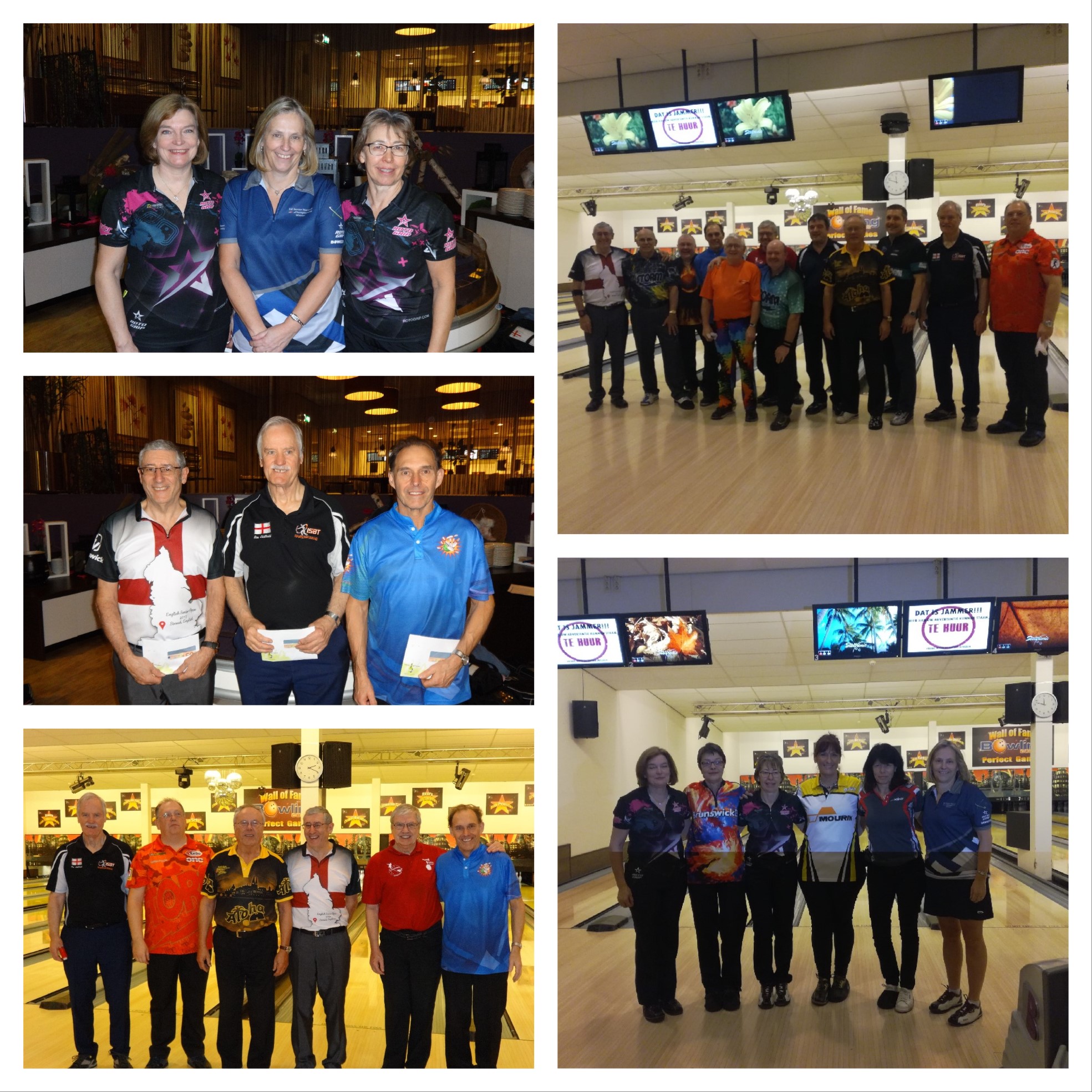 The tournament started on Tuesday, with Belgian bowlers heading both sections. Dominique de Nolf led the men’s entries with 1296 including age bonus, and Linda Van Kerckhove had a fine 1246 to lead the ladies’.

Bowling resumed with a single squad on Thursday evening, won by Ed Roberts from the USA with 1436, just a few pins ahead of Belgian Roger Pieters. Top lady was Linda Pray from England with 1146.

Friday saw three more squads, best score of the day went to Herman Wimmer of Germany with 1463, ahead of Ron Oldfield from England. Third place went to Gery Verbruggen from Belgium, who got off to a slow start, but by the fifth game the strikes were flowing freely, and a 300 game looked on the cards. A pocket split leave late in the game killed the chance of the 300, however in the sixth game, all 12 shots were strikes, providing the only 300 game of the tournament. In the ladies’ section, Angie Brown from England matched the top score on the leaderboard of 1246, ahead of Hilleva Huhta from Finland

There were three final squads on Saturday, and in the first, Steven Jeeves of England took the overall lead with 1472. Martina Beckel from Germany also shot to the top of the leaderboard with 1319 in the ladies’ section.

In the second squad, another English player took the overall lead, this time Alan Jenkins with 1481. Liliane Vintens was top lady with 1216, but this was not enough to make the top three qualification places.

The final squad scores were generally lower, André Geelen of Belgium was top man with 1349, just enough to squeeze him into a top 18 place. Karin Lischka’s score of 1233 was not enough to make the top three, but did reward her with the scratch qualification place.

At the end of qualification, the men’s leaderboard was led by Alan Jenkins, ahead of Steven Jeeves and Herman Wimmer. The top 18 would automatically progress to the finals, 18th place was Helmut Ulber from Germany with 1335. These 18 would be joined by two Turbo, two Scratch, and two Desperado bowlers, making a total of 24 qualifiers. Martina Beckel led the women’s section with 1319, ahead of Linda Van Kerckhove and Angie Brown. These three were joined by three more bowlers, one each from the Scratch, Turbo and Desperado lists.

The Desperado was contested by nine men and three women. Yves Delafonteyne from Belgium was the clear men’s winner, second place resulted in a tie between Paul Newton of England and Pekka Tiironkoski of Finland. The tie was resolved by the highest scratch score going through, so Paul Newton took his place in the final. Kerstin Deter of Germany won the lady’s desperado section with a fine 224 game.

The finals started with the men bowling a four game block, starting from scratch. Alan Jenkins continued to lead with a 1025 total, ahead of Lol Ellis and Ron Oldfield making an all-England top three. The top 12 would go forward to the next round, 12th place was Gery Verburggen with 895.

In the next round, which carried forward pinfall from the first round, Ron Oldfield had good block of 1008, to move from third to first place, with a 76 pin lead over Lol Ellis, with Alan Jenkins still in the top three. Six bowlers would make the grand final, in sixth place was Herman Wimmer with 1894.

The final round was a further two games, again with pinfall carrying forward. A good last game from Lol Ellis closed the gap a little, but Ron Oldfield finished the comfortable winner, ahead of Lol Ellis and Helmut Ulber, making him the two-time winner of the Zeeland Senior Open, and a two time winner in 2017 on the ISBT tour.

In the ladies’ section, the six qualifiers also bowled a four game block, playing on the burnt condition left by the first men’s round. Angie Brown hit 920 to open up a large lead over the rest of the field, with Martina Beckel in second place, 76 pins behind. Only the top three would make the final round, with Liliane Vintens just making it through.

The two game final was played on a fresh condition, with pinfall carrying forward. Angie Brown struggled to repeat her early scoring place, and Martina Beckel slowly closed the gap. Martina Beckel needed three strikes in the tenth frame to tie the scores, she got the first strike, but a stubborn 10 pin on her second ball meant she would finish in second place, with Liliane Vintens in third place. Angie Brown now has back-to-back wins after her victory in Deurne in November.

The ISBT tour will resume in 2018 for Arthur’s Senior Open in Osnabruck, Germany, which takes place from the 7th to 11th March at Vegas Bowling. Full details are available at the ISBT web site, http://www.isbtbowlingtour.eu/

Mo Singleton goes way back to the early day of bowling on our shores. Many know Mo from European Senior events in the 2000’s but it all started back in the 1960’s in Liverpool, England. […]