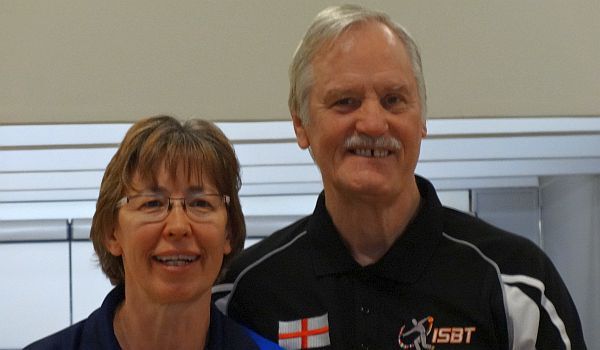 The seventh stop on the 2018 ISBT tour was again France, returning to La Factory in Moussy Le Neuf, near Paris. In its second year, then entry was substantially better than in 2017, with 116 men and 33 women competing. The format for the tournament was two blocks of 6 games qualifying, with the lowest block optionally being replaced by a better re-entry score. 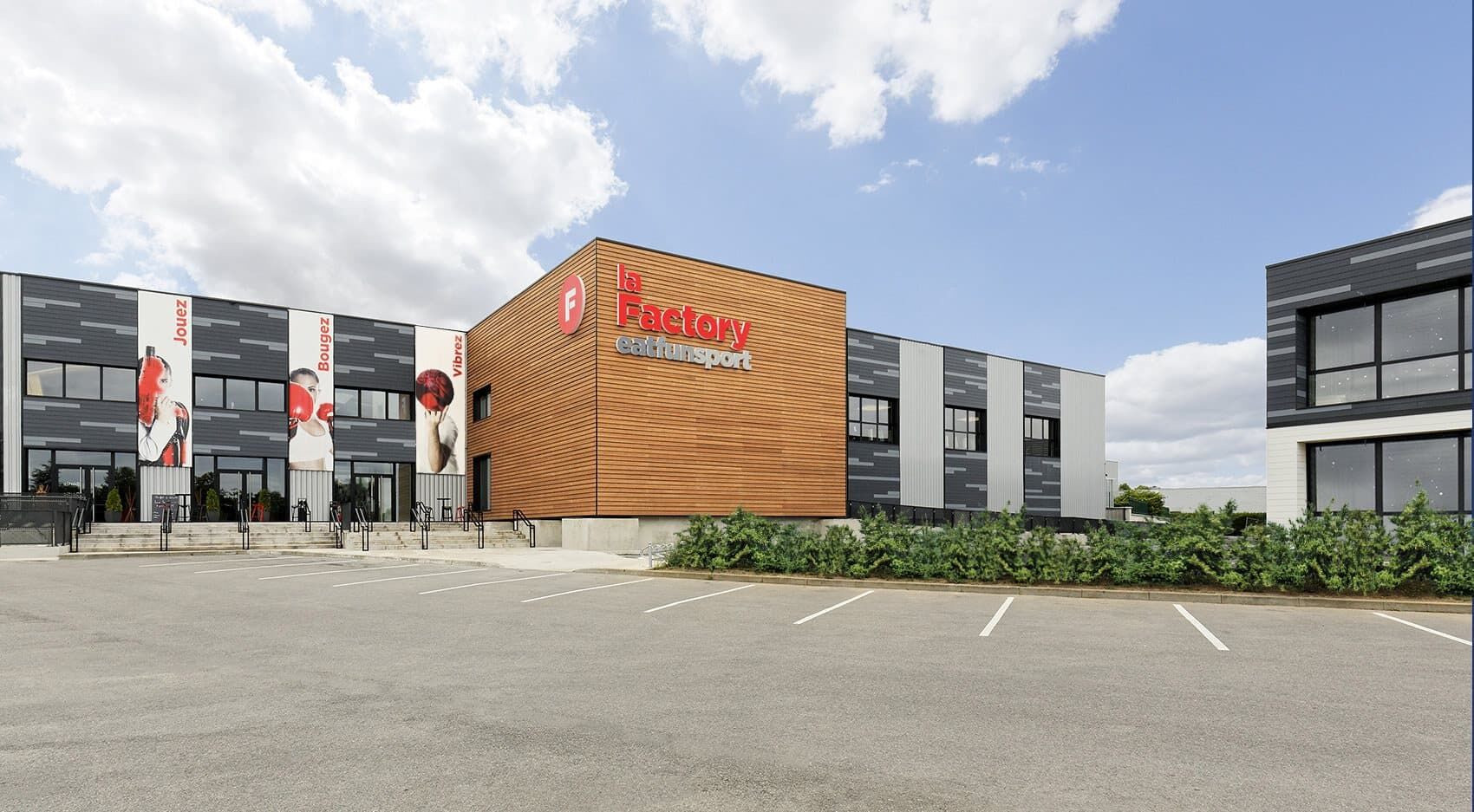 For those not able to qualify through the main leaderboard, there were additional opportunities through Turbo games and a Desperado squad. Age bonus started at age 51 (1 pin per game), then increased by a pin for every additional year of age with no limit. As with all ISBT events, there was a separate division for ladies.

All four of the men’s squads on the first day were taken by French bowlers. In the first, Georges Torok shot 1406, and in the second, Alexandre Petitjean scored 1330, including the tournaments first 300 in game 4. He also took the third squad, with 1497, including a 299 game. The fourth squad went to Grégoire Duchemin with 1337. In the ladies’ section, Nadia Goron from France had 1213, Liliane Vintens from Belgium had 1216 and 1242, and the fourth was won by one of the strong Italian contingent, Daniela Buzzelli.

Day two saw a further four squads, with Christophe Hournon from France taking the first with 1371. Further squad wins went to Roger Pieters from Belgium, Steven Jeeves from England, and Jean François Jourdain from France all scoring just under 1400. Nadia Goron had another good block in the ladies’ section scoring 1234, with fellow French bowler Pépita Jacques taking the second squad with 1230. The final two squads of the day went to Italian bowlers Daniela Buzzelli with 1218 and Alessandra Morra with 1309. It was now becoming clear that the ladies’ section was very strong, and the cut was likely to be unusually high.

There were four squads on Friday, the day was led by Hermann Wimmer from Germany who had the highest qualifying block of all with 1545. Steven Jeeves, Ron Oldfield and Lol Ellis from England, and André Geelen from Belgium all had blocks well over 1400 to gain good qualifying positions. A number of ladies also scored over 1200, including Brigitte Fiévet from France and Alessandra Morra, but the best block of the day by far went to Martina Beckel from Germany with 1339.

The final qualifying day only had three squads, the first two saw scores around 1400 from André Geelen, Alan Jenkins from England, and Laya Djouad from France. Often the final squad is difficult to achieve a good score in, but on this occasion, four bowlers all easily beat the 1400 mark, led by Mike Halliwell from England with 1444, ahead of Laya Djouad, Keith Hodge from England and Ingar Gabrielsen from Norway. 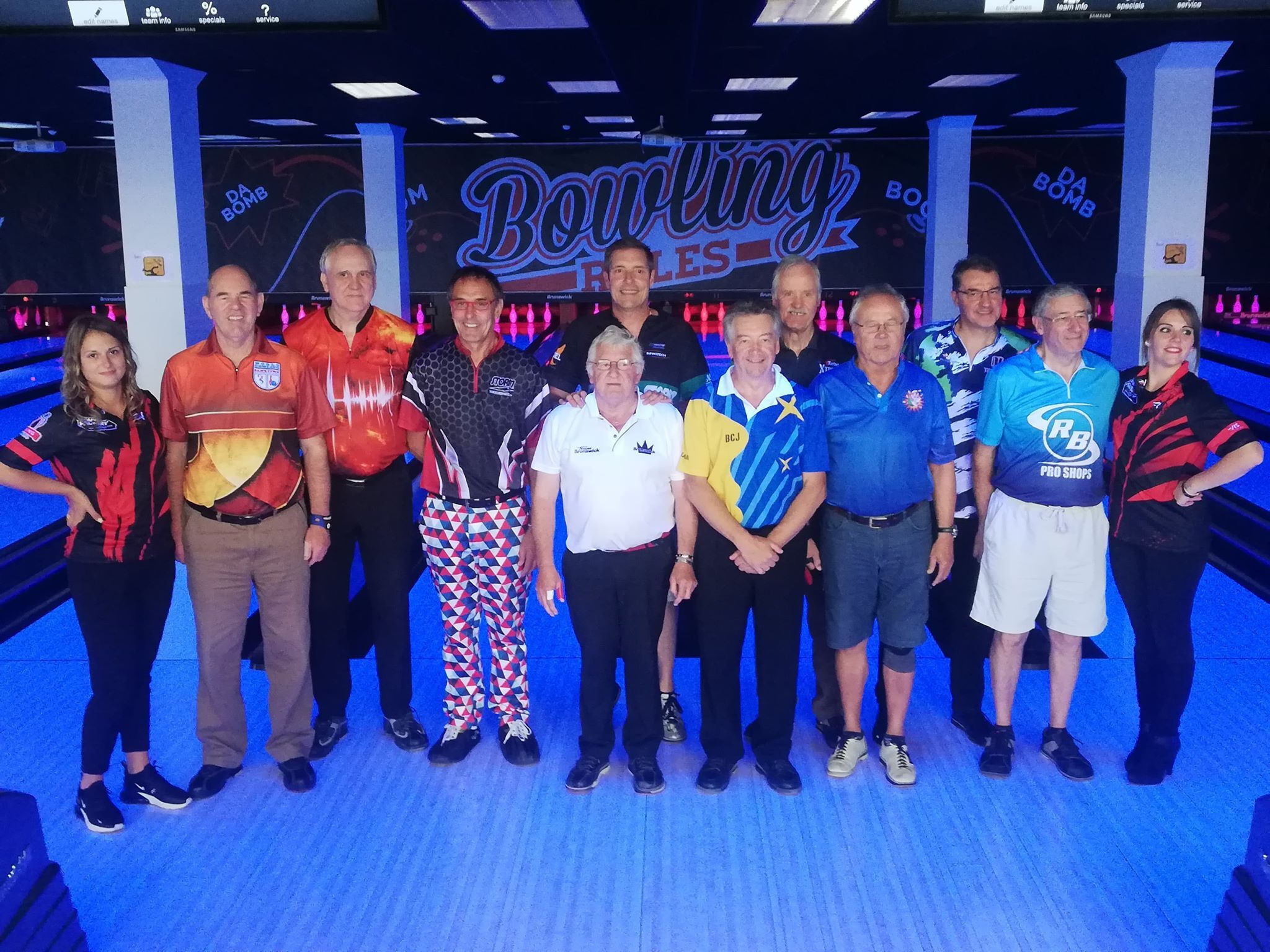 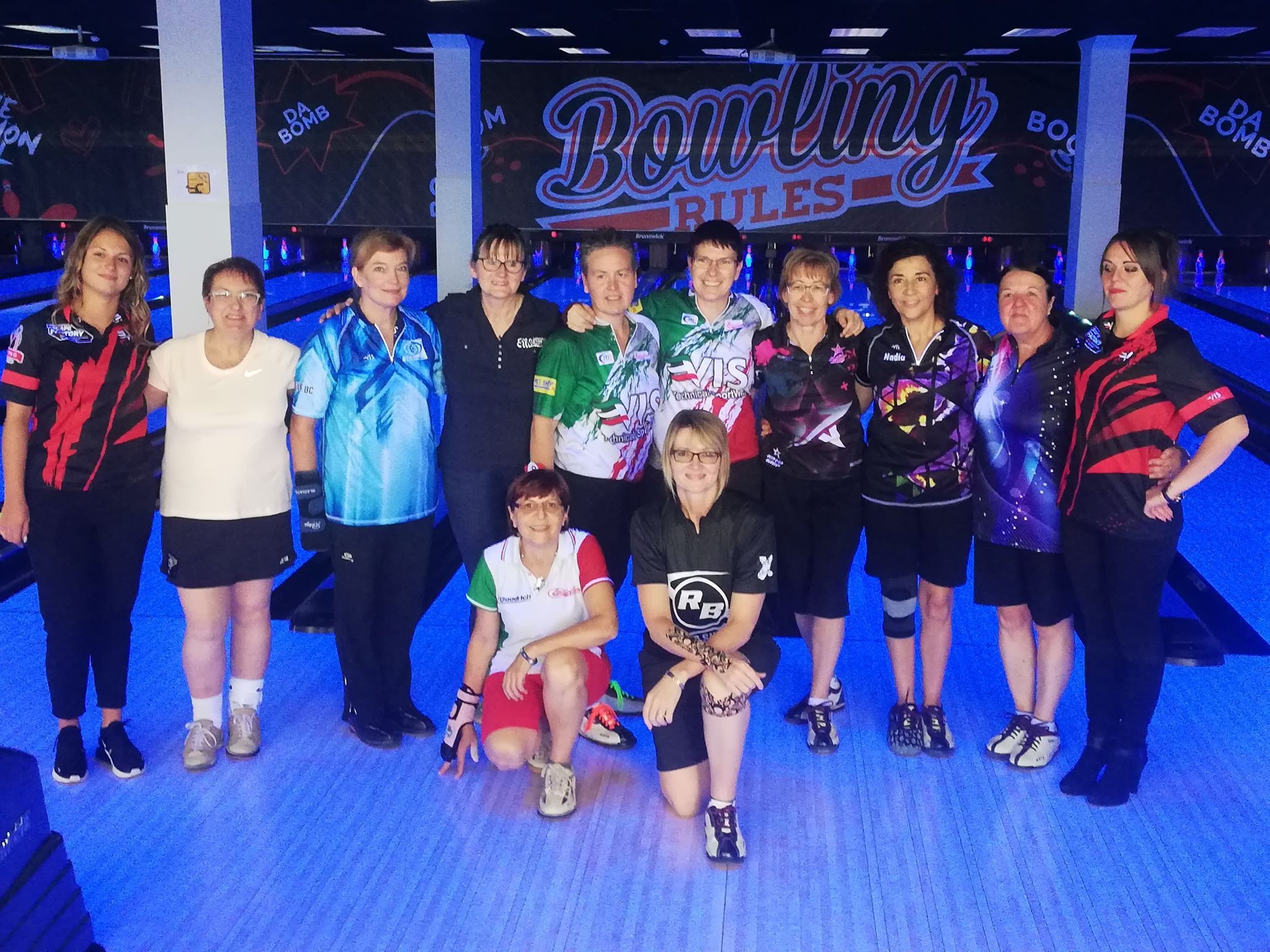 The top four men from the overall standing would miss the first final round, the top three were all English led by Ron Oldfield with 2904, ahead of Lol Ellis with 2880, Alan Jenkins with 2847, and André Geelen with 2845. The men’s cut in 30th place was Robert Bruce from Wales with 2650. Four Early Bird, Two Turbo and two Scratch qualifiers would join them in the finals, with the remainder having to compete in the Desperado if the wished to continue in the tournament.

Martina Beckel led the ladies’ qualification by over 100 pins from Alessandra Morra and Nadia Goron. The cut for the final rounds in 6th place was Pépita Jacques with 2487. One Early Bird, One Turbo and one Scratch qualifier would join them in the final, leaving one place to be filled from the Desperado squad.

Seventeen men and three women took part in the Desperado. Marcello Liperoti from Italy and Helmut Ulber from Germany were the two male qualifiers, while in a low scoring ladies’ section, Maria Rosaria Colazza was the sole qualifier.

The first final round for the men took place early on Sunday morning, with 36 men taking part. The top 20 would go forward to the next round after a four game block, starting from zero. Winner of the last event in Nieuwegein, Frank Stander from England easily won the round with 1029. Last man through in 20th place was Timo Mäkelä from Finland with 852.

The next round would see the top 10 go forwards to the knockout finals. Steven Jeeves easily won this round, with 1060, a 260 scratch average. Last qualifier was Lol Ellis with 938. Christophe Hournon had the tournament’s second 300 game, which helped secure him sixth place in the round. 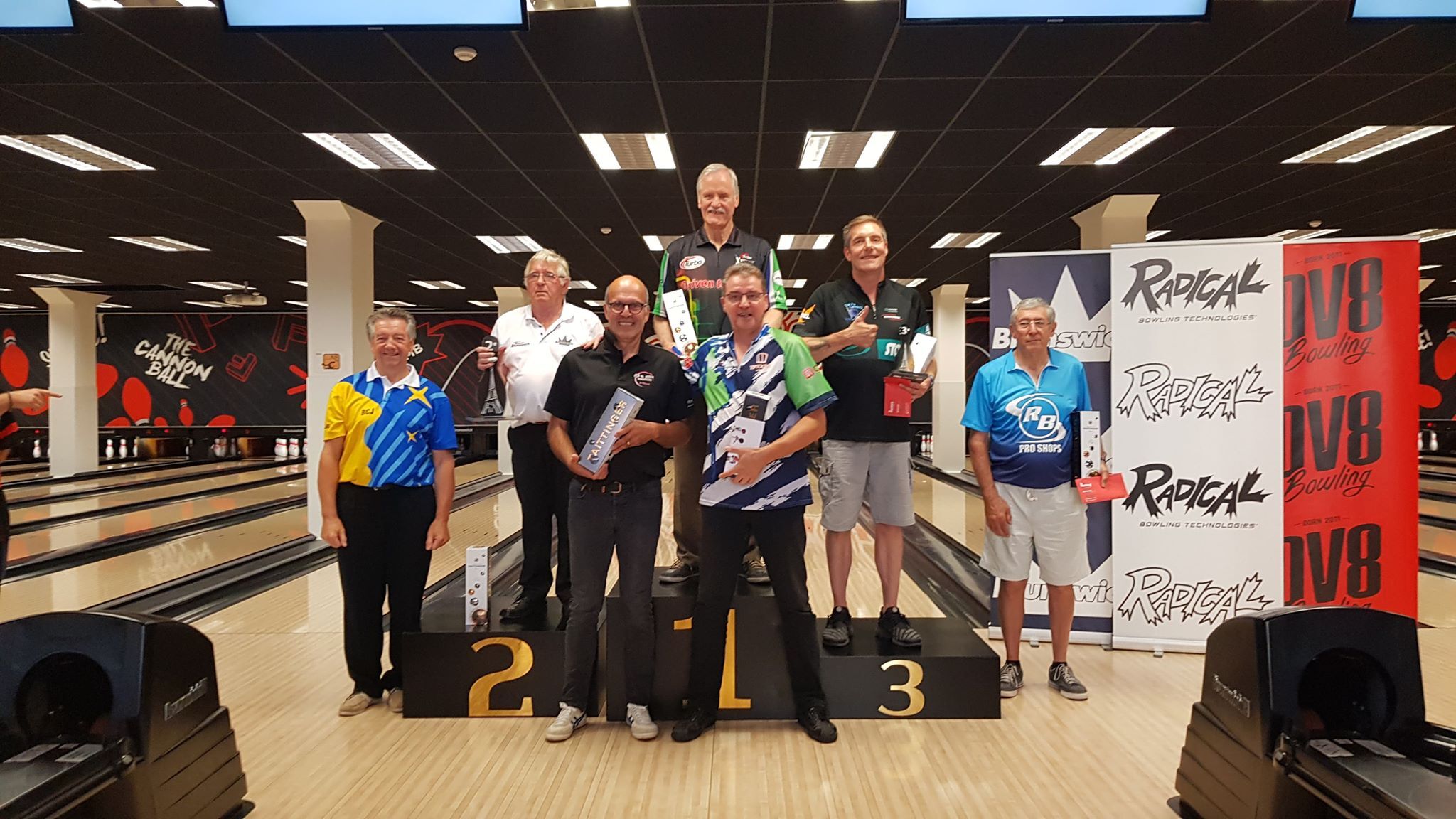 In the ladies’ section, Nadia Goron defeated Daniela Buzzelli to take third place, while Martina Beckel demolished Alessandra Morra, bowling games of 269 and 255 to win 542-392, for her twelfth ISBT title.

The next stop is the Dream Bowl Senior Open at Dream Bowl, Munich, Germany. The tournament runs from the 25th August to 2nd September 2018. Full details are available at the ISBT web site, http://www.isbtbowlingtour.eu/