Stroud bowl welcomes back the Welsh Open in 2022, starting over the bank holiday weekend. The event has a rich history and some amazing winners including Paul Moor who has won the event a record four times. The winners list reading like a who’s who of UK stars over the three decades the event has been running.

Five squads into qualifying and fair to say the scoring was high. Ryan Morgan and Ben Robinson firing over 1500 and top 10 all over 1400. Brunswick staffer Rob Thurlby turning up and blasting 1522 including a 296 for 1522 to lead overnight with Ryan Morgan second and Ben Robinson third. Top female early on being Chelsea Walters with 1322.

Pete Stevenson and Gavin Greaves Perfectos and into the top 6

Sunday’s early squads saw one new entry in the top 10 as we saw our first 300 this year, bowled by Pete Stevenson in his first game and into 4th place with 1468. Gavin Greaves with the second 300 game and moving him into 6th place. Gary Christopher rolled 1403 and into 12th place. By the end of qualifying the top four was Thurlby, Morgan, Robinson and Stevenson and the cut falling on Robin Johns with 1305.

Another quick four game block to find the top 12 and Junior Dan Harding making a move with 975 including a 284 game. Second was Matt Chamberlain a pin behind on 974 and third was Matty Clayton with 957. Going through were Matty Lockhead, Steve Dalton, Jamie Bottomley, Louise Gray, Glenn Robson, Robert Bruce, Gavin Greaves, James Denvil and Mark Patrick on the cutline with 867.

Making up the top 8 were Matty Clayton, Matty Lockhead and James Denvil on the cut with 894.

Final Step 4 – Dan is the man who can

At just Seventeen years old Dan Harding was confirmed as the youngest ever male winner of the Welsh Open since 18 year old Paul Delany won in 1996. After dominating and winning earlier final steps, he finished the job in the round robin final with a total of 2766.

Taking second was Pete Stevenson with 2747 and third going to Ben Robinson with 2704. Louise Gray taking the ladies title as highest placed woman. 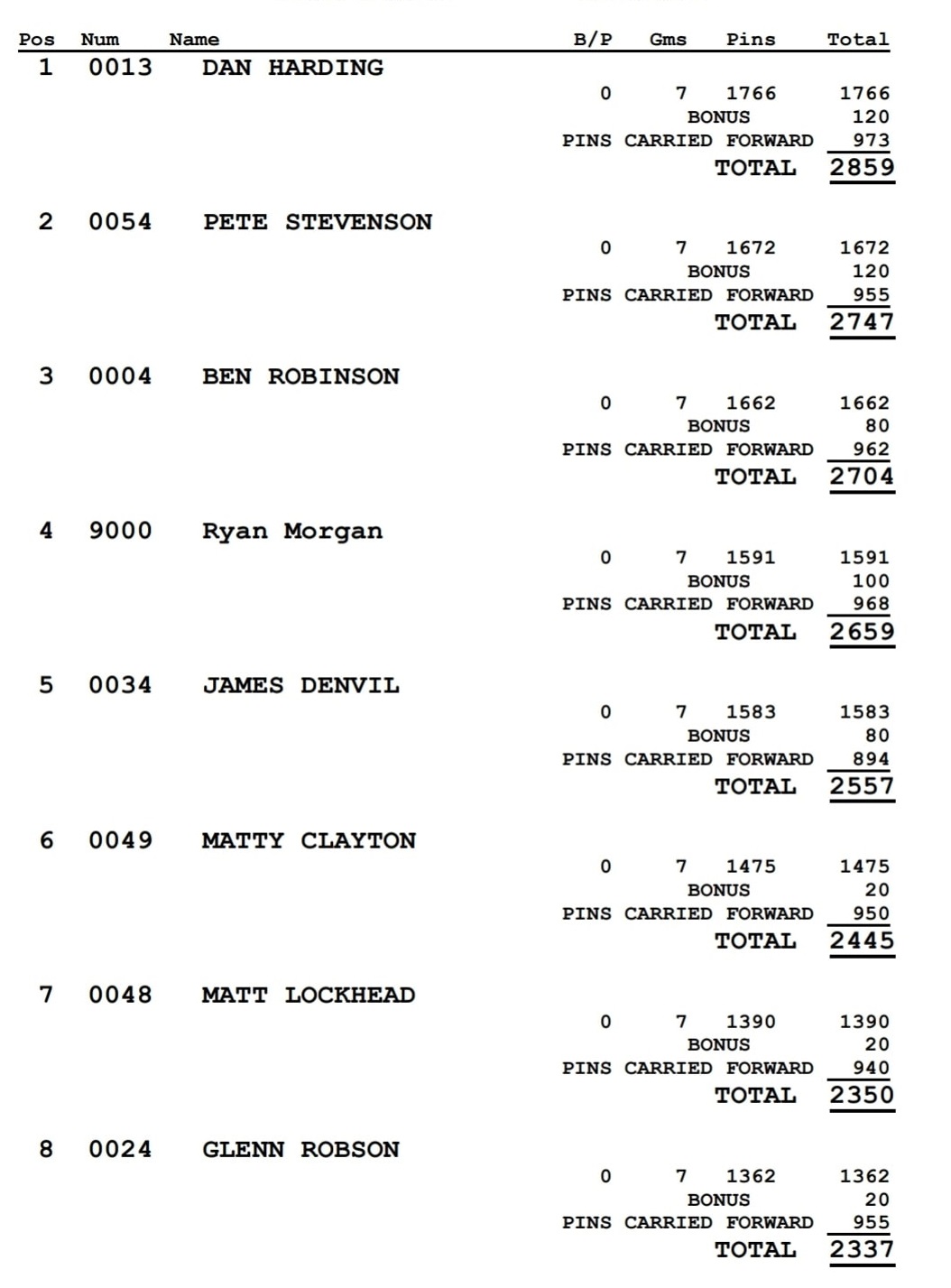 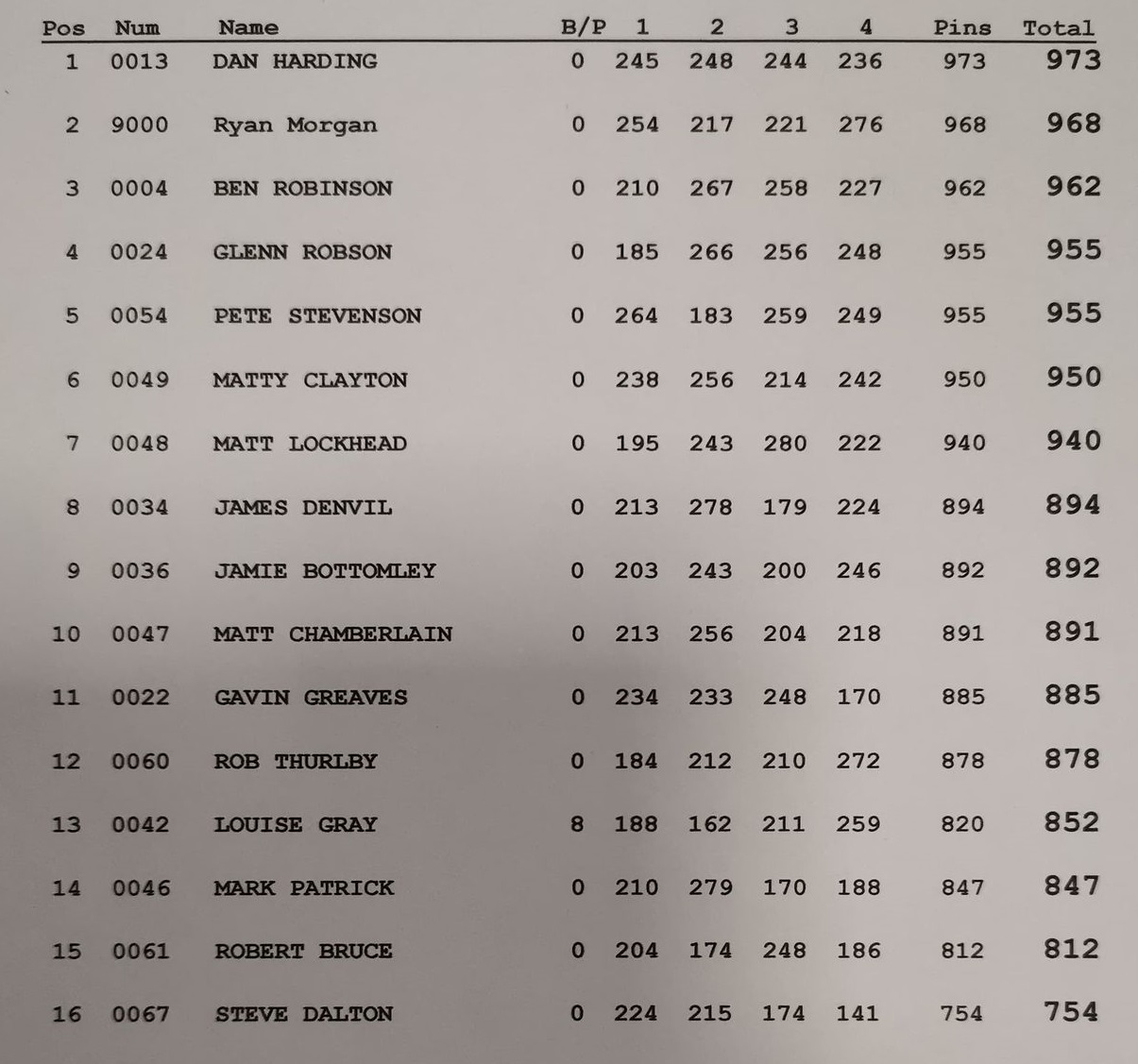 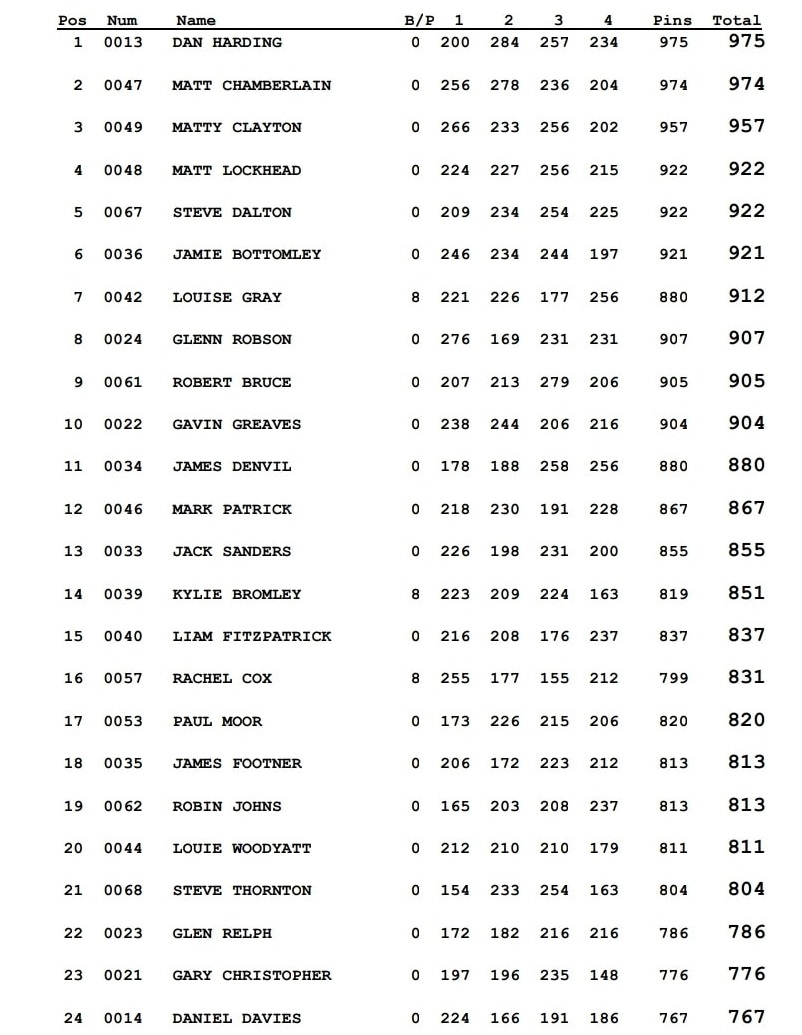 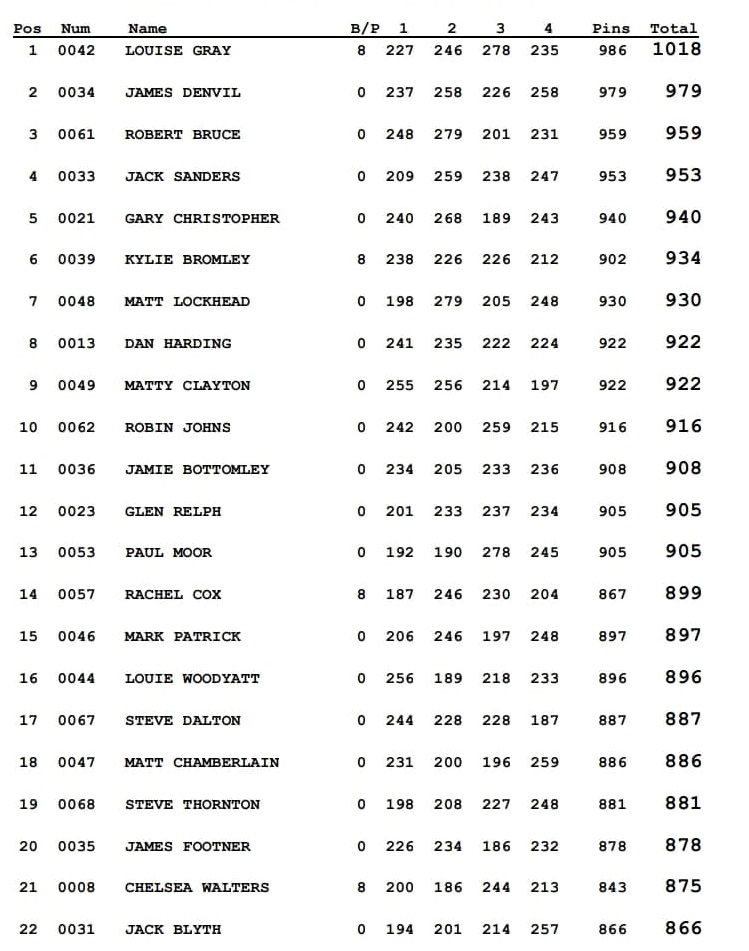 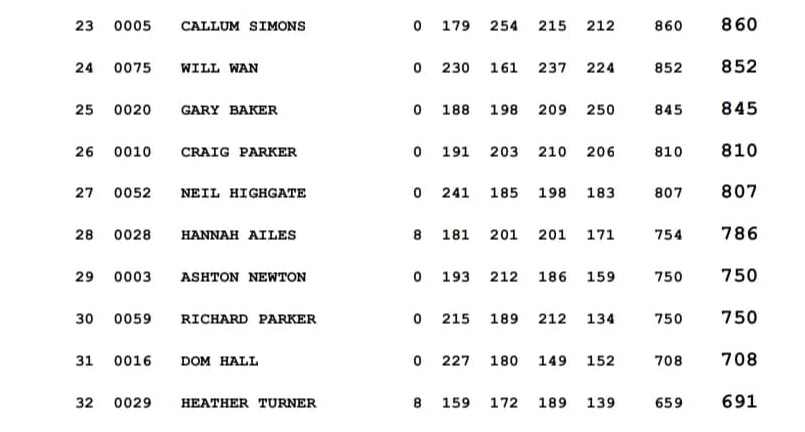 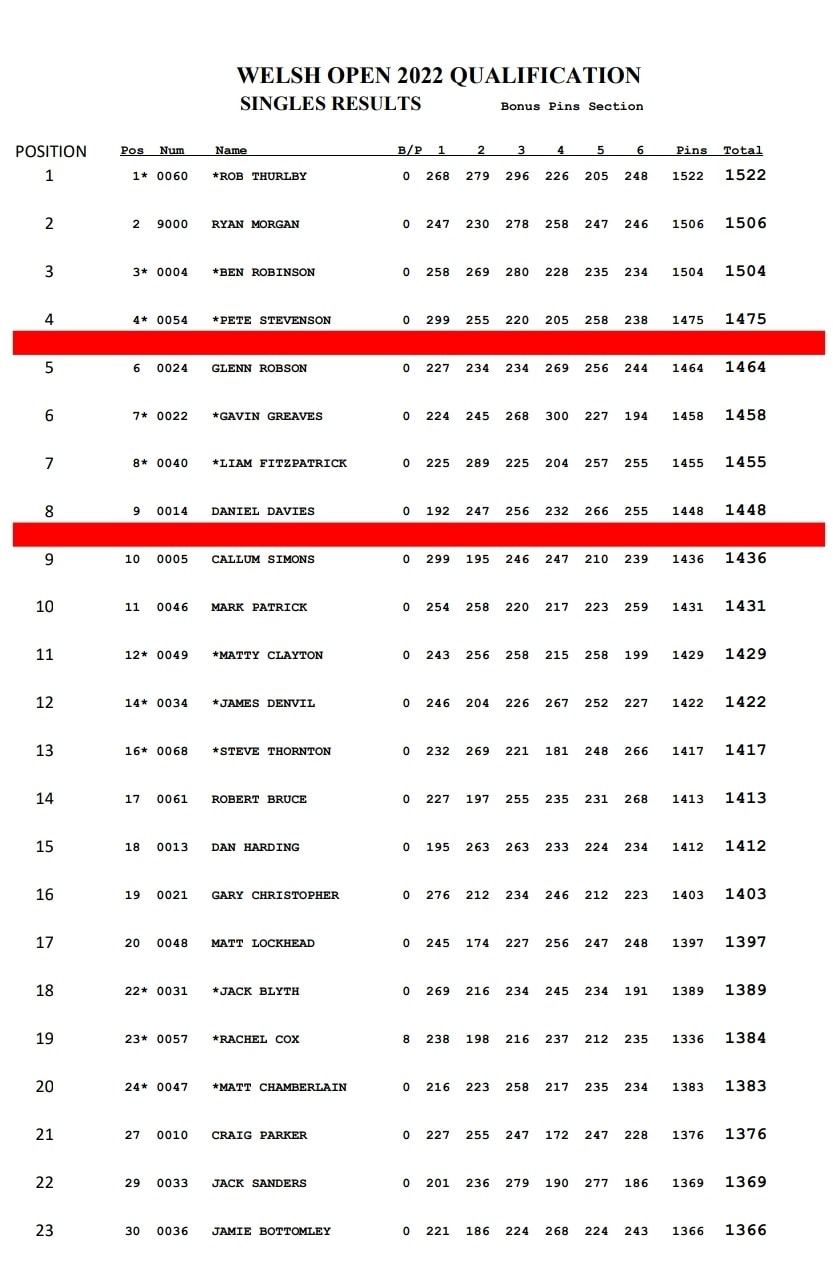 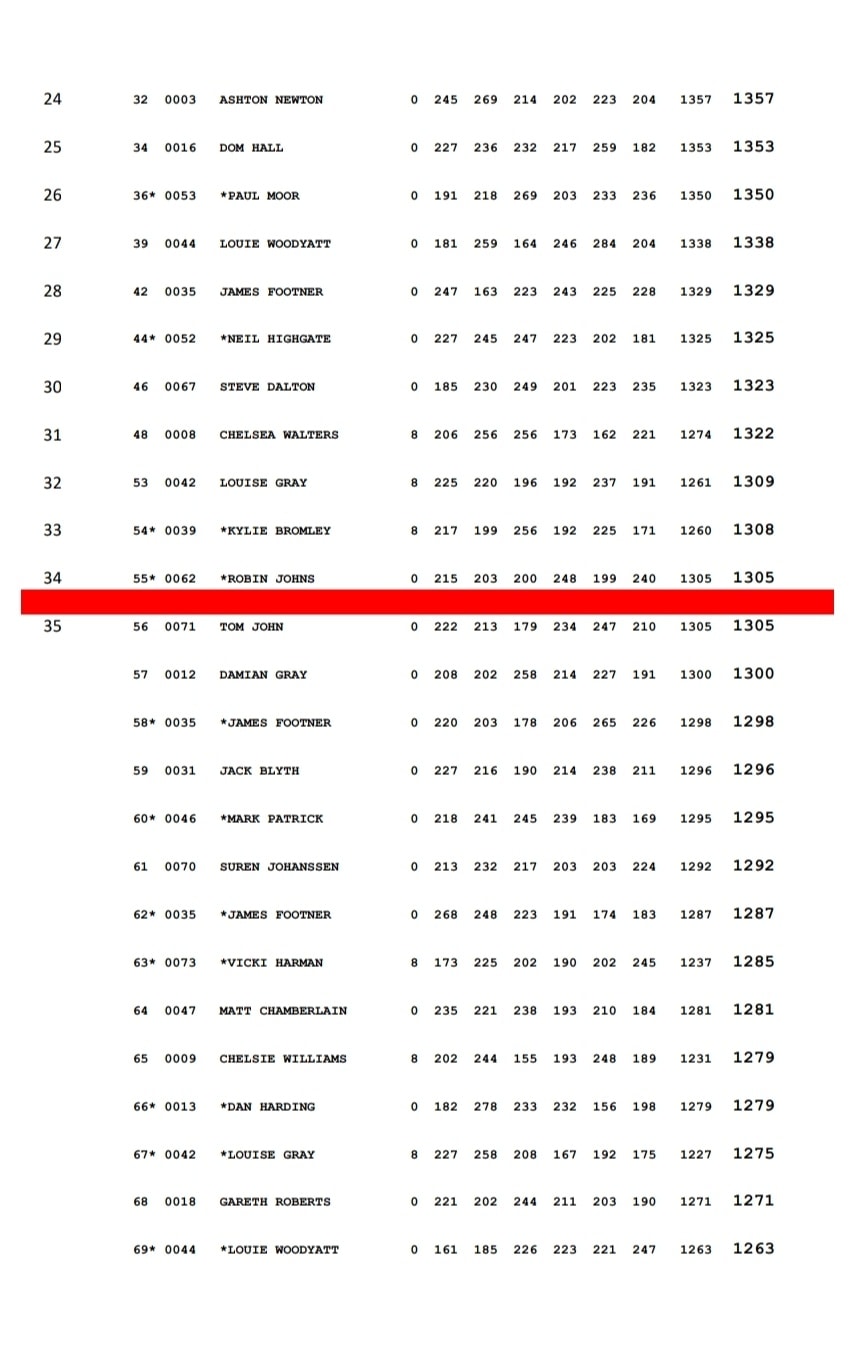 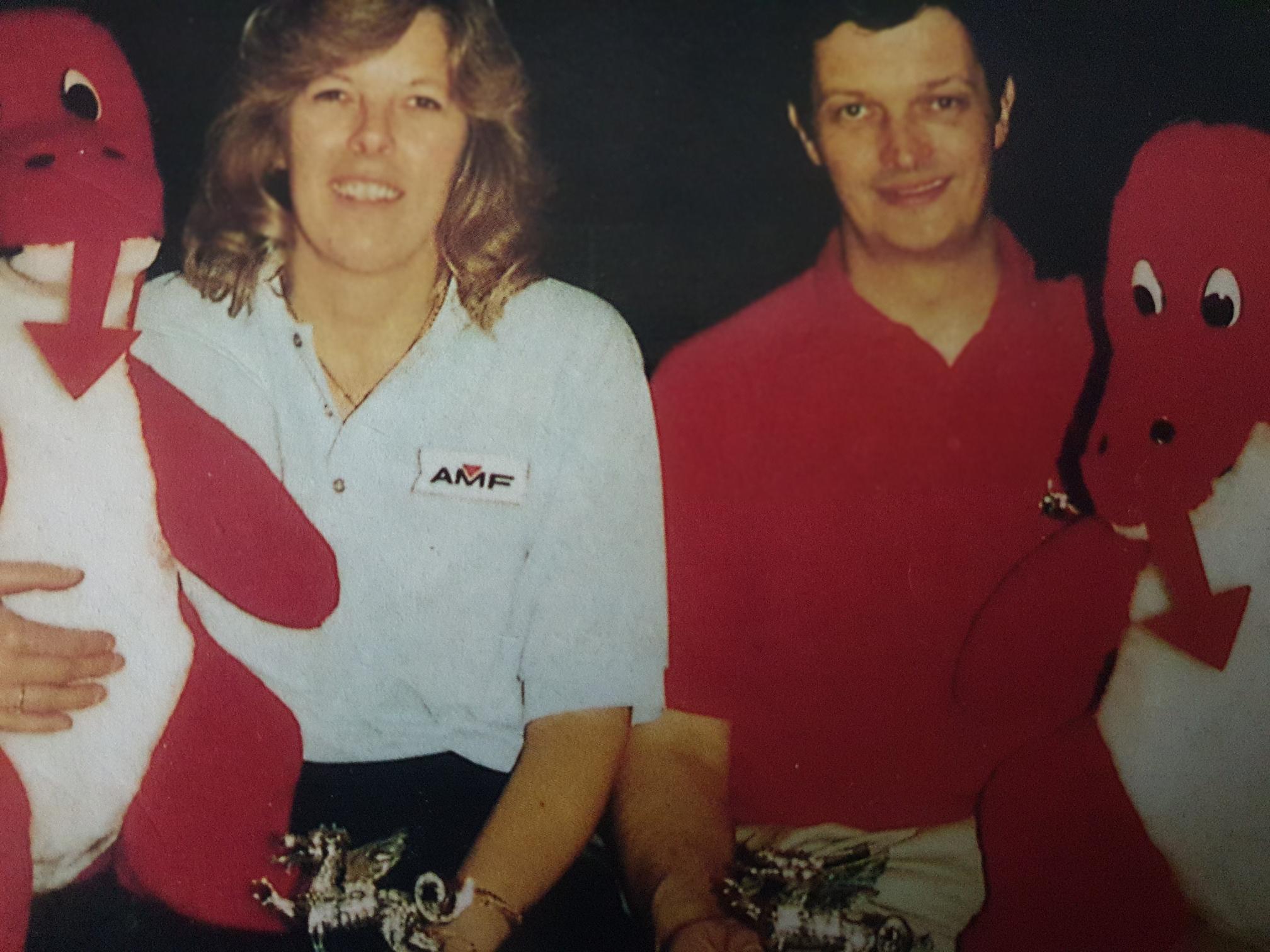 Despite the hot weather today, 40 bowlers began their quest to become the new Welsh Open champion. 40 became 32 after the first round, which then became 16 after the 3rd round, leaving only 8 […]

With generous Sponsorship from Qubica/AMF of £1,500  the QubicaAMF UK Grandslam will now carry cash prizes for the top two male and female bowlers who rank highest in three or more Home Nation open championships […]