The seventh stop on the 2019 ISBT tour was a return to Nieuwegein, Netherlands, for the Dutch Senior Open. This tournament always attracts a large number of entries and is well supported by local bowlers. With 118 men and 36 women taking part, this is the best supported tournament on the tour.

The format for the tournament was a single qualifying block of 6 games, with unlimited re-entries. For those not able to qualify through the main leaderboard, there were additional opportunities through Turbo games and Scratch scores. Age bonus started at age 51 (1 pin per game), then increased a pin for every additional year of age with no limit. As with all ISBT events, there was a separate division for ladies. The tournament was played on the Bourbon Street pattern, which was to provide a good scoring rate for many of the men bowlers, but caused some problems for others, including many of the female competitors.

The first two squads on Wednesday were led by Marc Franceus of Belgium, who stormed into an early lead with 1540 including age bonus, ahead of John Bosch from the Netherlands. Sonja Pannen and Paula Visser also from the Netherlands led the ladies’ section after day one with scores of 1214 and 1208.

Thursday’s two squads saw more good scoring, led by Ulf Lonngren from Sweden with 1444, just ahead of Dennis Deijkers from the Netherlands. Netherlands bowlers also led in the ladies’ section, with Inge Hazeleger topping the leaderboard with 1235, ahead of Farida Pascoal-Blom.

There were four squads on Friday, and there were two massive scores from English bowlers. Alan Jenkins shot 1603, ahead of Mike Halliwell’s 1538. Germany led the way in the ladies’ section, Kerstin Deter booked her place in the finals with 1239, ahead of Bianca Völkl-Brandt.

In the second squad on Saturday, Ian Buckland from England booked his place in the final with 1470, including a 290 scratch game, but it was the final qualifying squad that saw the highest scores of the day. Vincent Wuylens scored 1503 to squeeze into the fourth qualifying spot and miss the first finals round. In the ladies, blocks of 1300 from Martina Beckel from Germany, and 1212 from Lynne Walker from England were enough to secure their finals place.

After completion of qualifying, Alan Jenkins was top with 1603, ahead of Marc Franceus, Mike Halliwell, and Vincent Wuylens. These four would all miss the first finals round on Sunday. The cut for the top 31 fell at 1385 for Uwe Tscharke from Germany.

The ladies’ qualification was led by Martina Beckel, ahead of Kerstin Deter and Inge Hazeleger. The cut for the final rounds was 1210 for Sara van der Rhee.

Very early on Sunday morning, men qualifiers 5 to 31, plus the three Turbo and two Scratch qualifiers bowled four games, with only the top 16 progressing to the semi-final. This was won by Ron Oldfield from England with 1067, ahead of Hermann Wimmer.

The semi-finals for both the men and ladies followed on. In the men’s division, Frank Oing from Germany led with 969, just ahead of Alan Jenkins. Only the top eight would make the round robin final, the last finals place going to Hermann Wimmer with 892. In the ladies’ section, Bianca Völkl-Brandt led with 867, ahead of Kersten Deter. The cut for eighth place was Jan Hodge from England with 743.

Both finals were played in round-robin format, with 30 pins for a win, and 50% of the pinfall from the previous round being carried through. 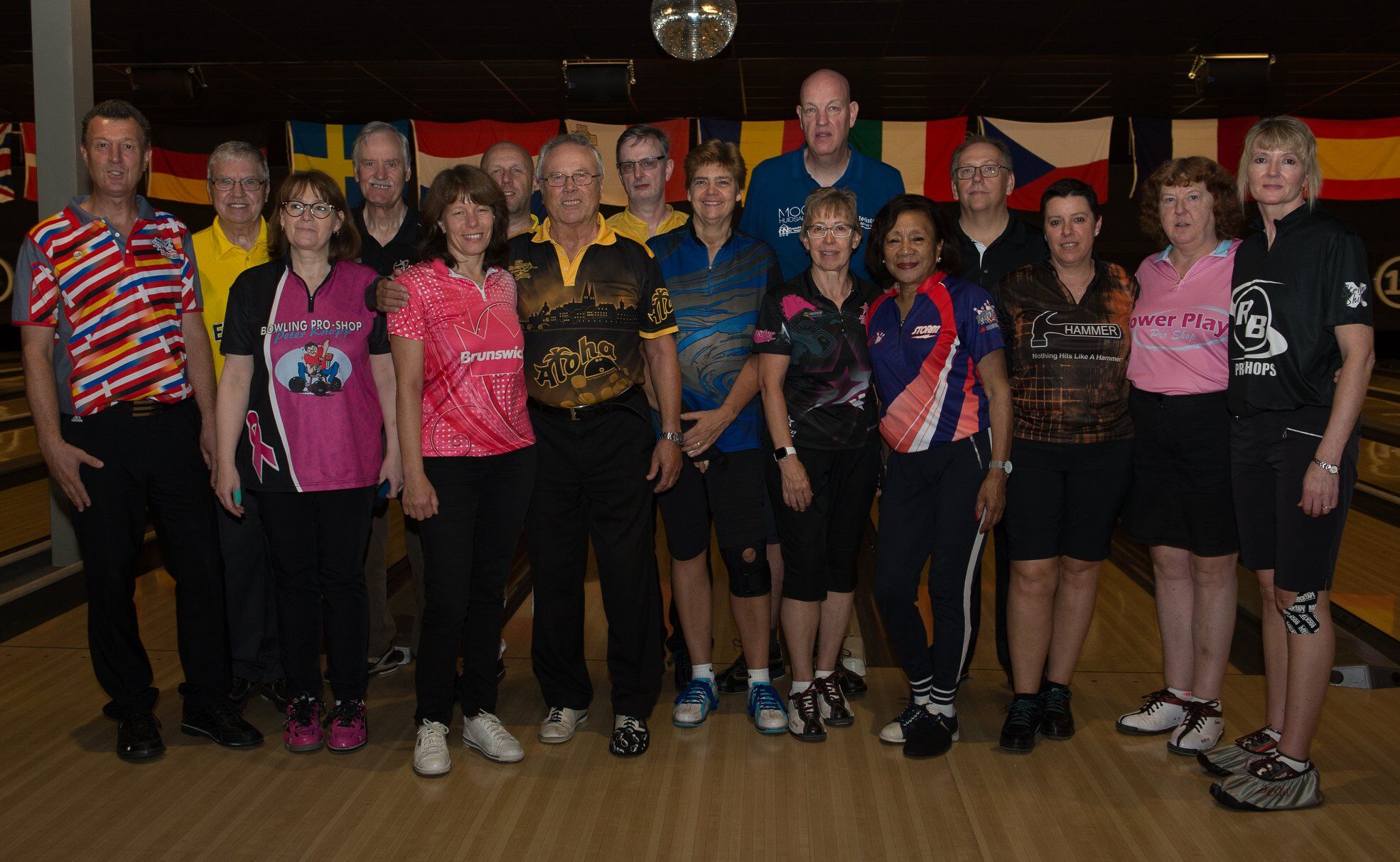 In the men’s section, after four games Geert-Jan van Baest from the Netherlands had a 46 pin lead over Hermann Wimmer. By the end of game six, his lead had been reduced to four pins ahead of Uwe Tscharke, with the rest of the field some 40 pins behind. Both the leaders had 213 scratch games, and both lost their final matches. However, as Uwe Tscharke had 7 pins bonus a game, he overtook Geert-Jan van Baest for a narrow three pin victory, and his second ISBT title.

The next stop on the tour is the Paris Senior Open, which will be held at La Factory in Mossey le Neuf, France. The tournament runs from the 14th to 18th August 2019. Full details are available at the ISBT web site, http://www.isbtbowlingtour.eu/