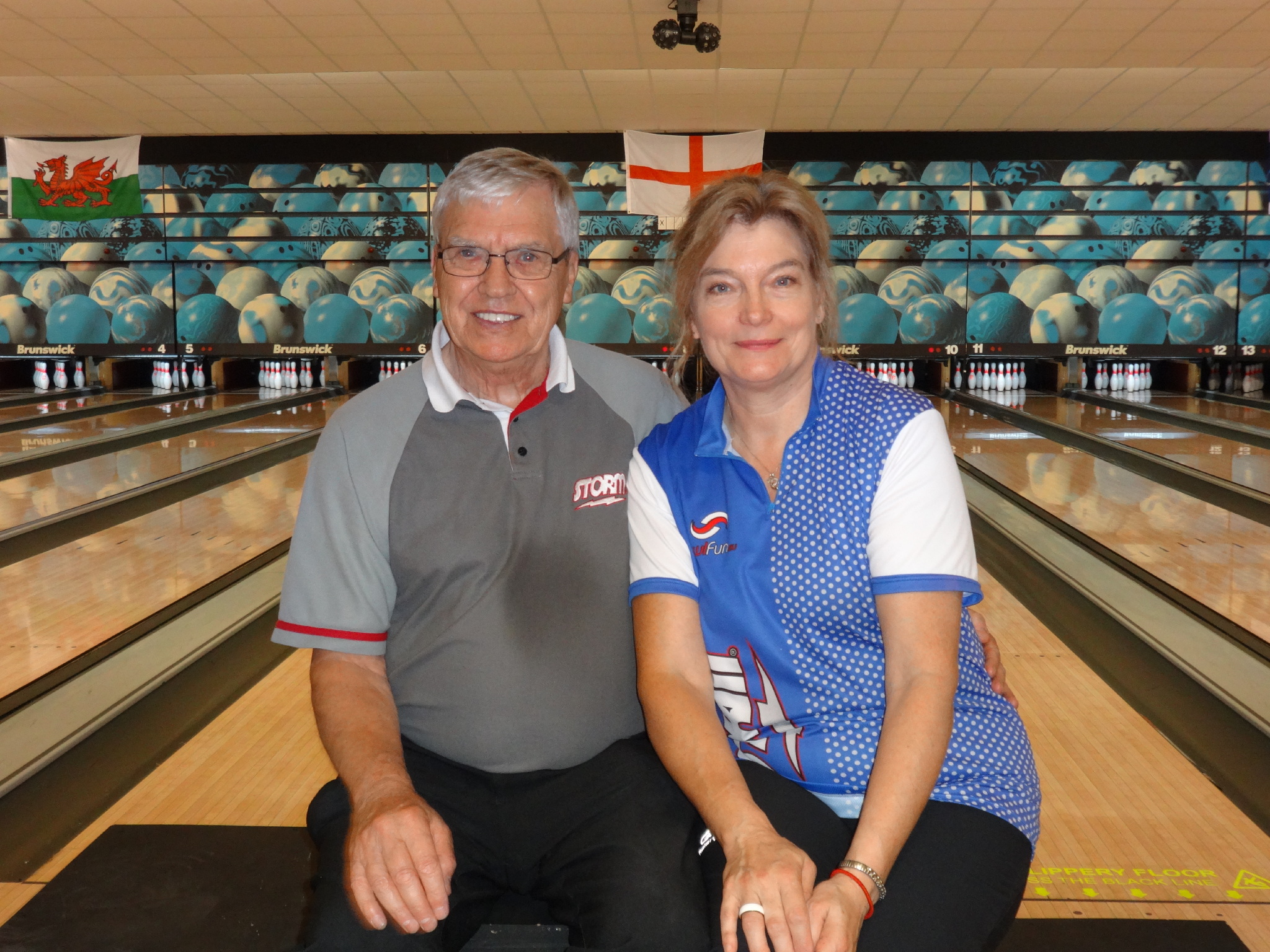 The ninth stop on the 2018 ISBT tour was the only stop in the UK, at Stroud Bowl in Gloucestershire. In total, 66 men and 22 women from 8 countries took part. Disappointingly, only 21 players were from outside of the UK, most of whom were from Ireland or the Netherlands.

The tournament was played on the Kegel Stone Street pattern. The format for the tournament was a single 6 game qualifying block, with unlimited re-entries. For those not able to qualify through the main leaderboard, there were additional opportunities through Turbo games, Scratch and Early Bird qualification. Age bonus started at age 51 (1 pin per game), then increased a pin for every additional year of age with no limit. As with all ISBT events, there was a separate division for ladies.

The tournament had squads from Wednesday through to Saturday, and the first day leader in the men’s section was Ken Burton from England with 1355 including age bonus, with Catherine Wills, also from England, top lady with 1275.

Thursday had three squads and saw 2017 champion Gary Barlow from England take top spot with 1538, ahead of an improved block of 1511 for Ken Burton. There was more good scoring in the ladies’ section, with Gloria Carney from Scotland leading the day with 1366, ahead of Angie Brown from England with 1330. This concluded the early bird rankings, with some players now guaranteed places in the finals.

There were a further four squads on Friday, with English players taking the top spaces. Keith Hodge had the highest block of the day with 1478, ahead of Chris Skudder and Steven Jeeves. Auke Broekhuizen from the Netherlands finished the squad in 4th place, thanks to a fine 300 in his third game in squad 8. In the ladies’ section, Liliane Vintens from Belgium was top with 1316, ahead of Jan Hodge and Nicky Prout, both from England, and both scoring 1239.

There were three final squads starting early on Saturday morning, however the Kegel Flex lane machine had developed a technical problem, and a couple of hours delay pushed the squad start times back. The first squad was won by tournament manager Lol Ellis with a fine 1571. The second was won by England’s Ron Oldfield with 1534, with Gloria Carney posting another good block of 1327. The squads were now running so late that the players’ meal took place before the last squad, with the final qualifying squad finally completing around midnight. This final squad was taken by Alan Jenkins from England with 1459, with Liliane Vintens taking the ladies top spot.

The final qualifying list was dominated by English players, who took the top nine places. They were led by Lol Ellis with 1571, ahead of Gary Barlow and Ron Oldfield. The cut for the next round at 24th place was 1401, scored by Del Delany from Ireland, which may be the highest ever ISBT cut, at 233.5 average with age bonus . These 24 would be joined by two Early Bird, two Scratch, and four Turbo qualifiers in the finals. The ladies cut was 1275 from Catherine Wills, the overall lead going to Gloria Carney with 1366, ahead of Angie Brown and Liliane Vintens. Two Early Birds and two Turbo qualifiers made the number of ladies’ finalists up to ten.

After the bowl staff working for much of the night, it was decided that the Flex machine could not be relied on for the finals, so a standby Kustodian machine was used instead. Inevitably, the pattern would be slightly different to qualification, but as all bowlers were restarting from Scratch, there was no real disadvantage to the players.

All the men bowled the first final round early on Sunday morning, with Gary Barlow posting 1019, ahead of Jack Smith from England and Alan Jenkins. The top 18 would progress to the next round with pinfall carrying forward, last man was Frank Stander from England with 854. At this point, Auke Broekhuizen was the sole overseas player left in the men’s competition.

After the next round, Lol Ellis was at the top of the leaderboard with 1953 over his eight games. The other qualifiers for the final would be Ron Oldfield, Alan Jenkins and Jack Smith. The top four would now play an elimination format, with the lowest bowler leaving the competition after each game.

In the first match, Jack Smith needed a good count on his fill ball in the tenth frame to stay in the competition. Unexpectedly, the ball ended up in the gutter, allowing Alan Jenkins to creep through into the next round. In the second round, Lol Ellis was eliminated, leaving Ron Oldfield and Alan Jenkins to play the deciding one game match. Both players had equal age bonus, so there was no advantage to either player. Alan Jenkins rolled a solid 245 scratch game to become the champion and take his third ISBT title.

In the ladies’ division, Kimberley Oakley from England had a comfortable win in the semi-final round scoring 875, with Liliane Vintens, Gloria Carney and Angie Brown joining her in the final round.

In the first final round, both of the English players struggled to score, in the end Angie Brown just made it through, leaving Kimberley Oakley in fourth place. Angie Brown failed to recover her form in the next round, and was easily defeated by the remaining two, leaving Liliane Vintens and Gloria Carney to play the deciding match. This was close throughout, but Liliane Vintens held on for a close win 192 to 190, winning her second title of the season, and her eleventh ISBT title.

The next stop on the 2018 tour is the French Senior Open at Planet Bowling in Lomme, France from the 26th to 30th September 2018. Full details are available at the ISBT web site, http://www.isbtbowlingtour.eu/ 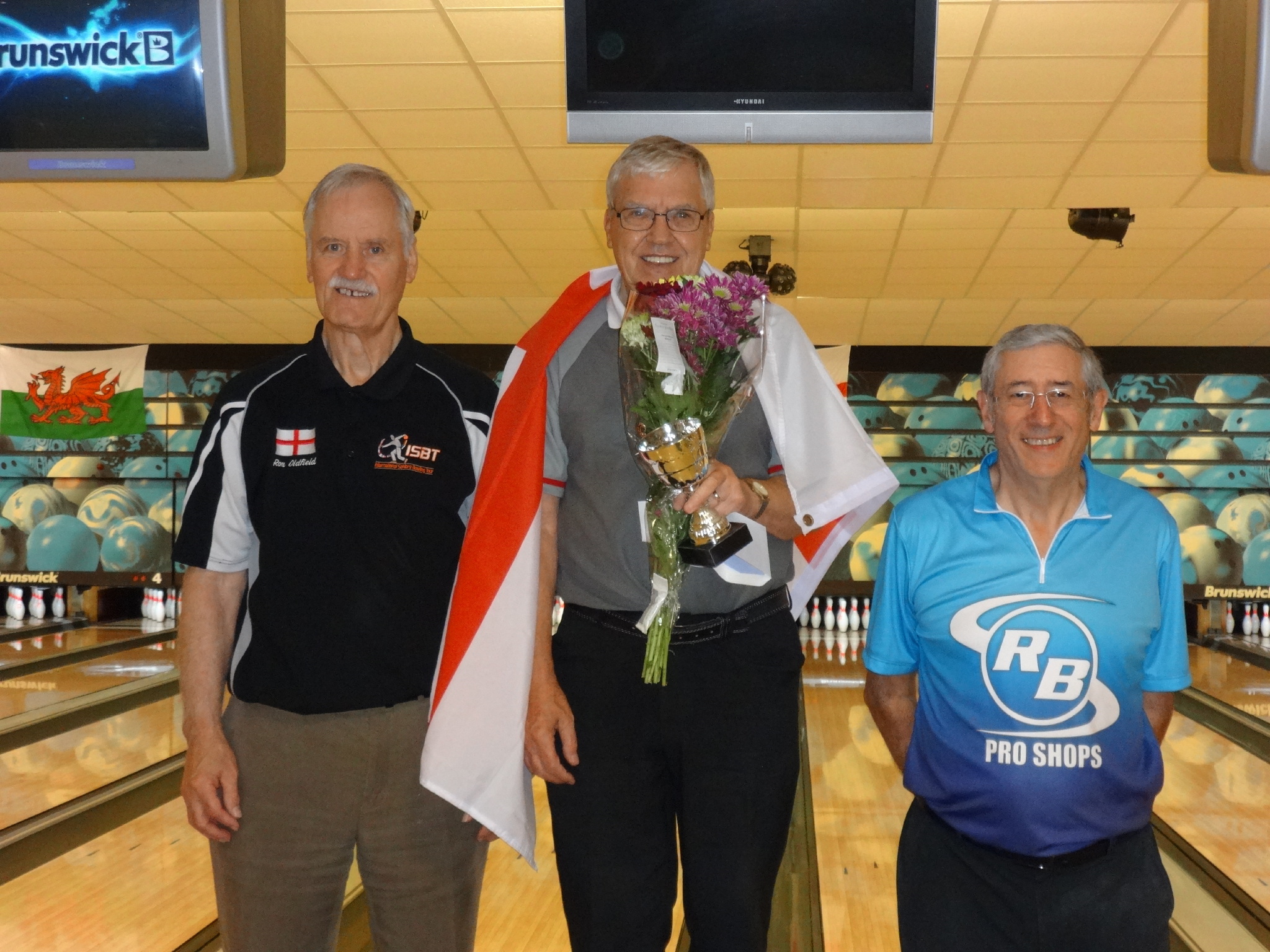 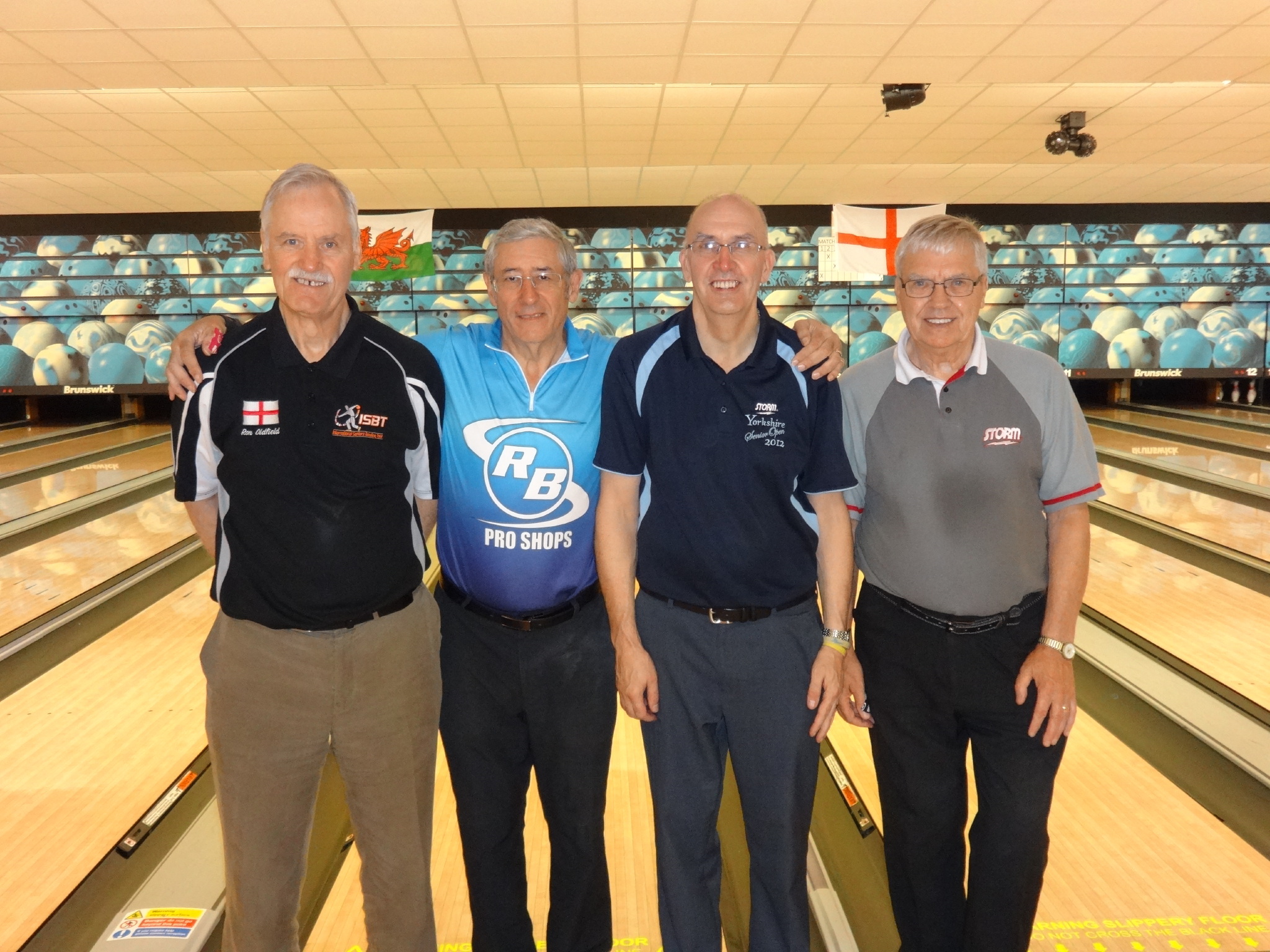 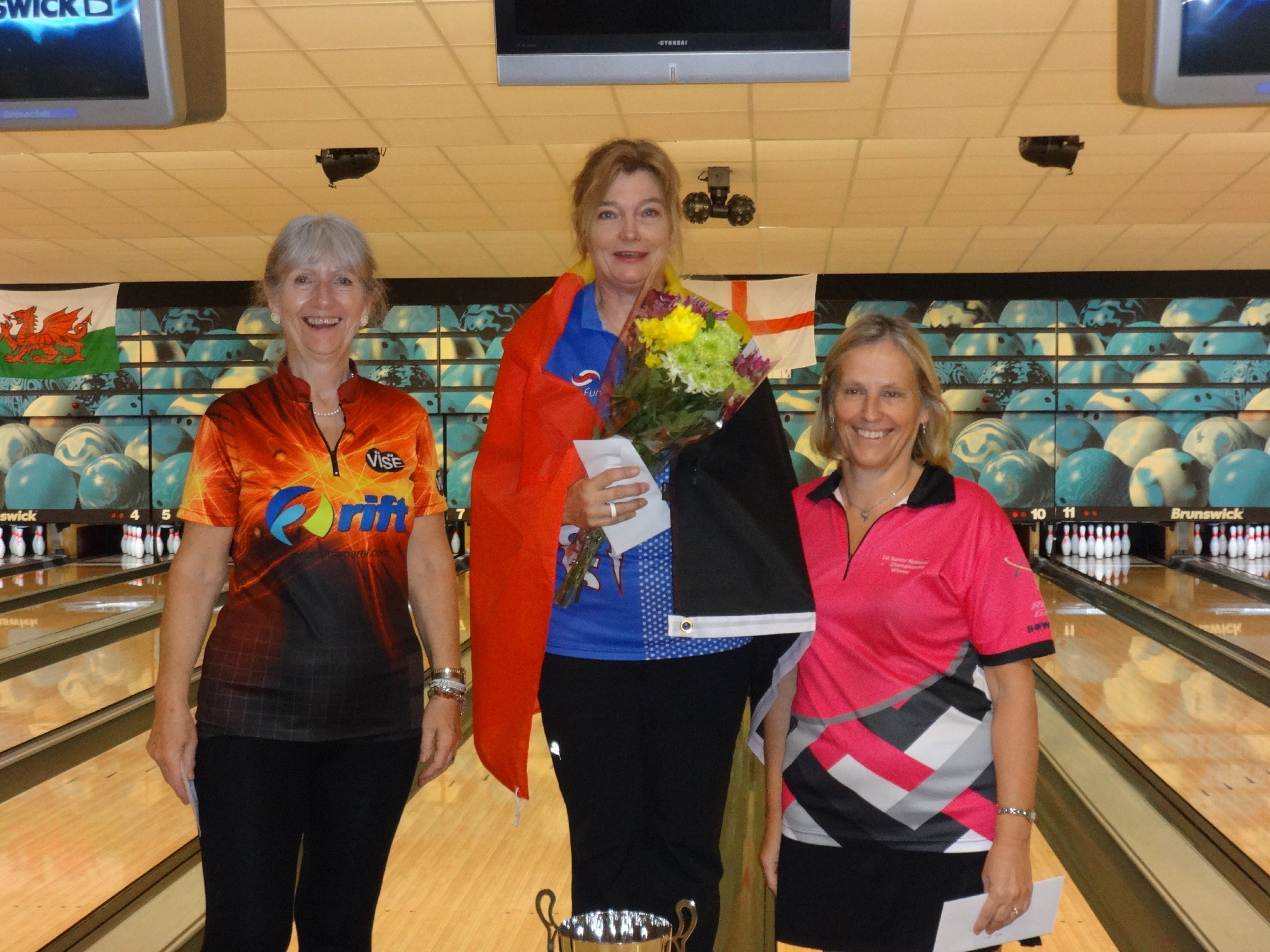 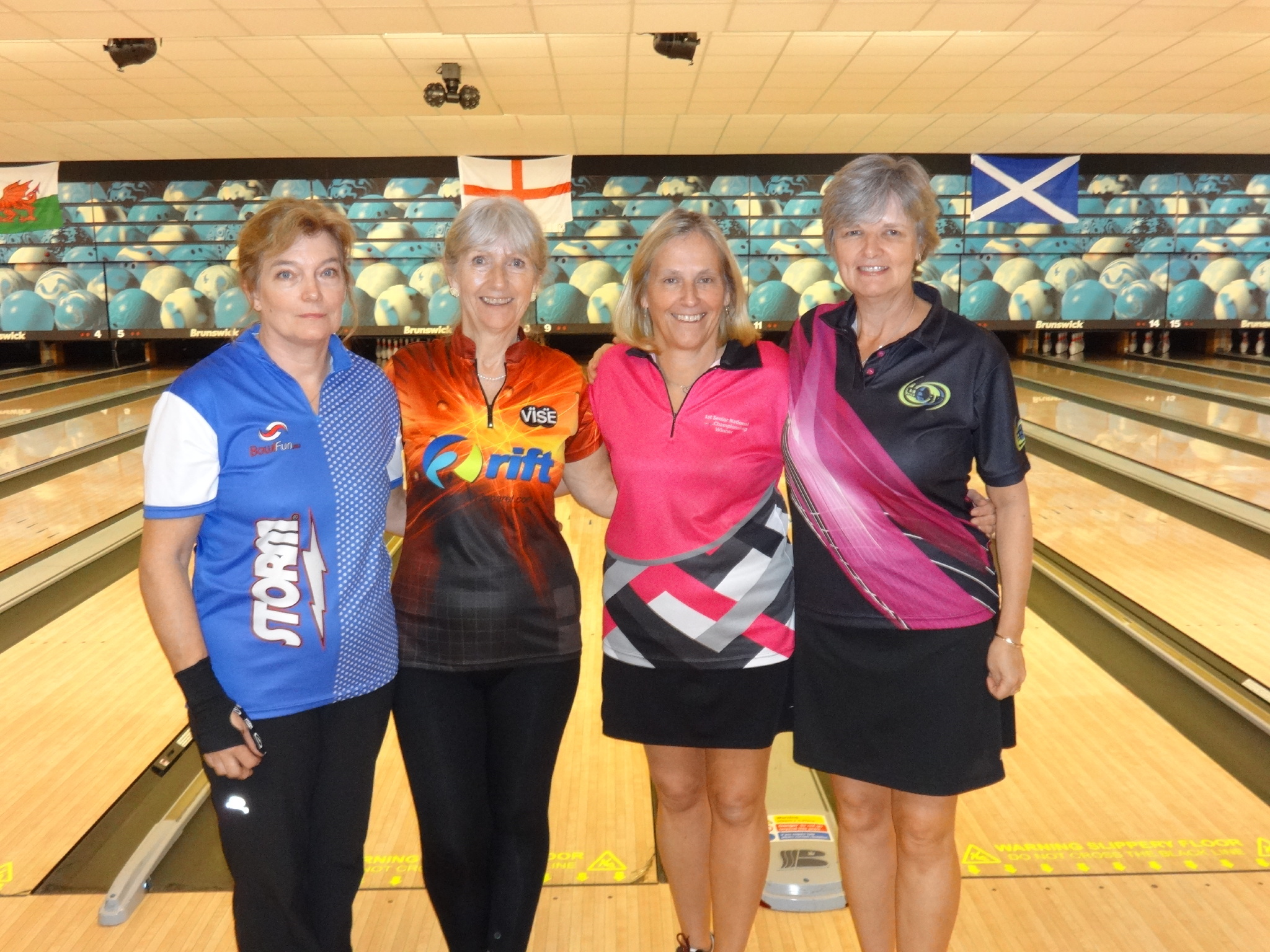 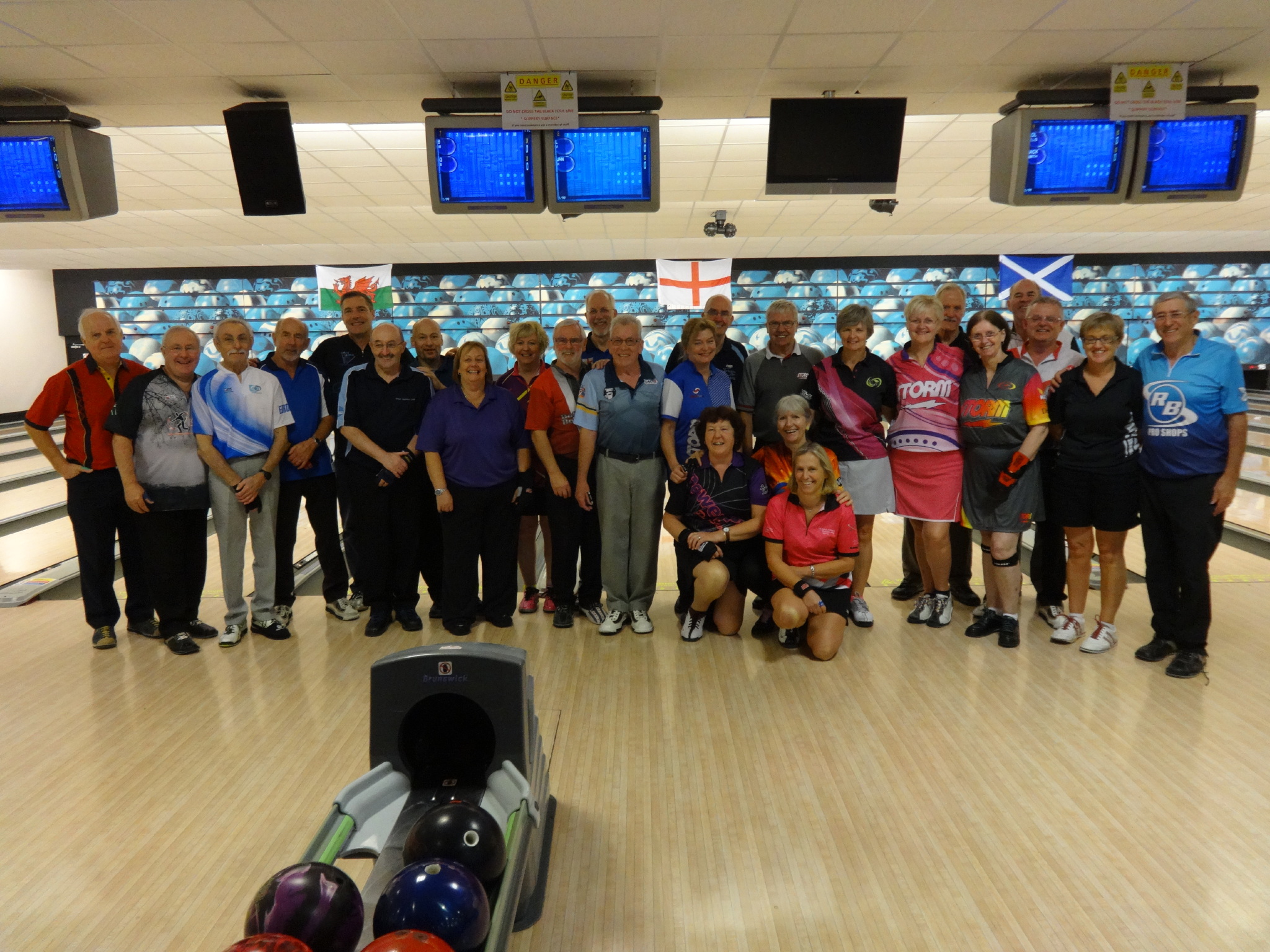