The Northern Ireland Open is BACK!!!!!

The Northern Ireland Open returned to the event calendar for the first time in twelve years this May (24th-26th). The Open was hosted at Dundonald International Ice Bowl in conjunction with Lisburn & Castlereagh City Council and proudly supported by QubicaAMF, with a guaranteed 1st place prize of £1000!!!

The Open was the finale of the 2018/2019 Northern Ireland Tenpin Bowling Federation Tour with it being the final ranking event of the season after which the Tour Champions will be crowned. It is also part of the Grand slam of UK Open events and carries points in the UK Tenpin Hall of Fame Database. 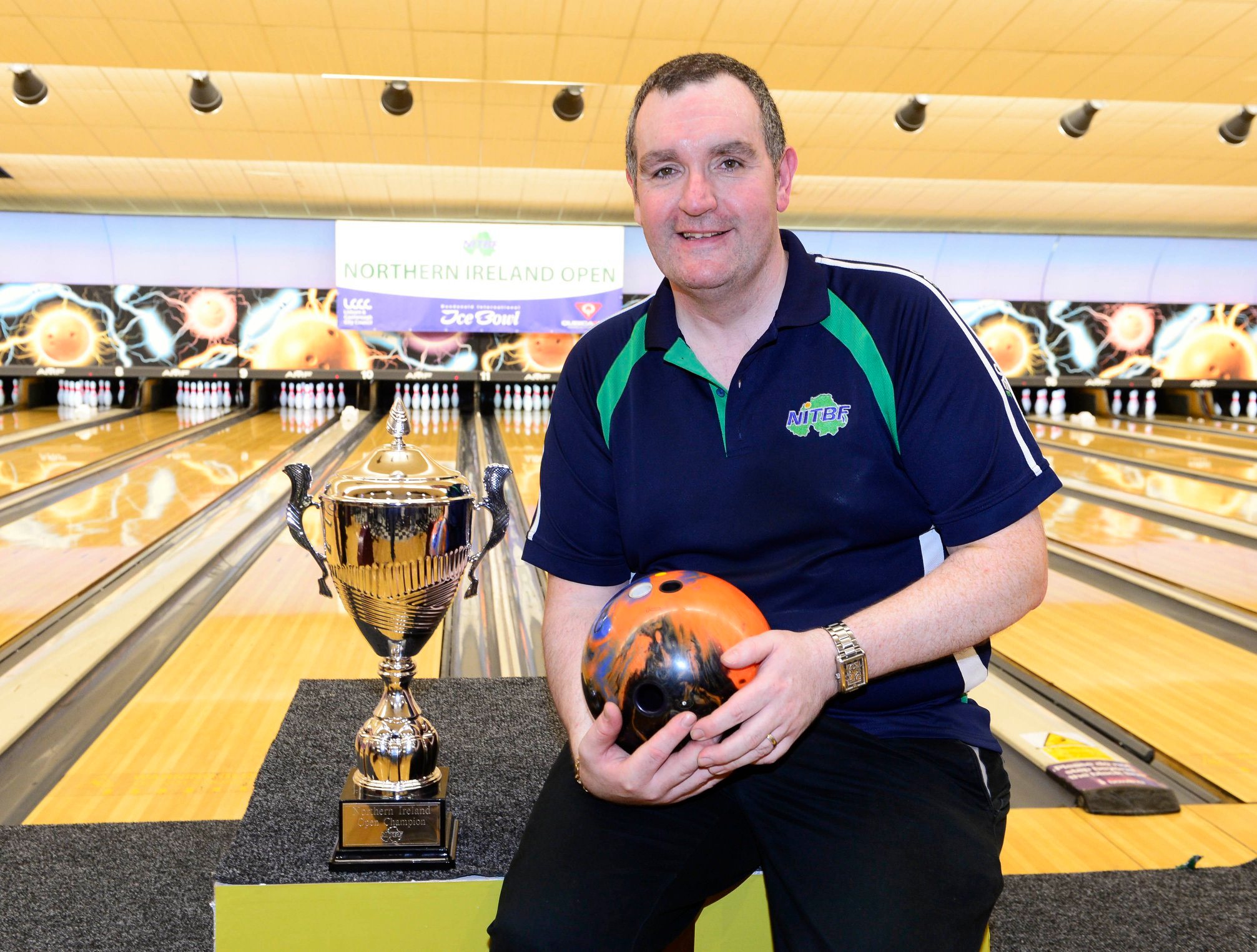 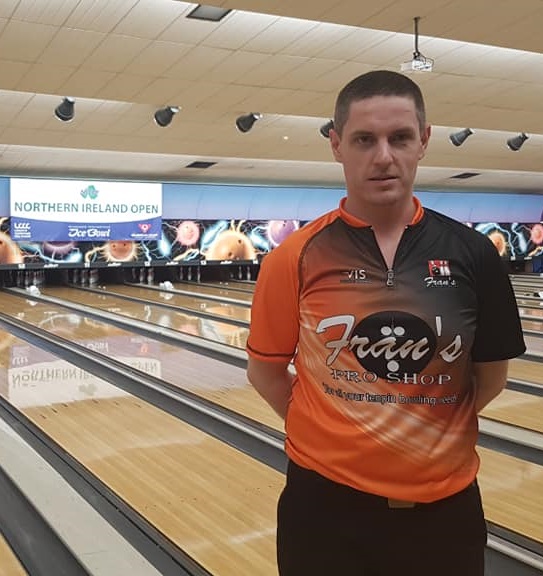 Saturday witnessed the qualification stage with bowlers battling it out to qualify for the Top 36 on Sunday morning. During the qualification stage, Ireland’s Joseph Clancy shot a perfect 300 game to a rapturous cheer by the viewing audience. The overnight lead belonged to the current Irish National Champion, Alan Bride, with 1839 (229.88 average), followed closely by Northern Ireland’s Commonwealth Gold and Silver Medallist William (Billy) Nimick with 1794 (224.25 average). 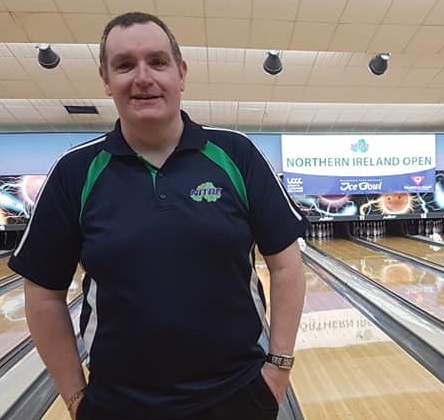 The Grand Finals took the form of a Top 8 Round Robin and utilized a new format of a 5 Frame Game, possibly a world first in a major event. All spectators, competitors, and dignitaries were treated to quite a spectacle prior to the commencement of the finals when the lights in Dundonald International Ice Bowl were dimmed, and Hugh Jackman’s ‘The Greatest Show’ sounded before the Game of Thrones theme tune – during this time each Finalist was announced onto the lanes with a short biography of their bowling achievements. This can be viewed on the official Northern Ireland Tenpin Bowling Federation Facebook page.

The Finals were fast paced, gripping, and intense with the lead changing no less than three times. Heading into the final game there was only 60 pins separating the Top 4, it really was anyone’s to take. Ireland’s Eoghain Lebioda came so close to taking the title, after qualifying for the Top 36 in 14th place and at a point being 208 pins behind the tournament leader to finish just 31 pins off first. However, up stepped Northern Ireland’s William Nimick and much to the delight of the home crowd, William Nimick sealed his victory, and was congratulated by his mum Pat, wife Judith and daughter Emily, a truly special moment to witness. 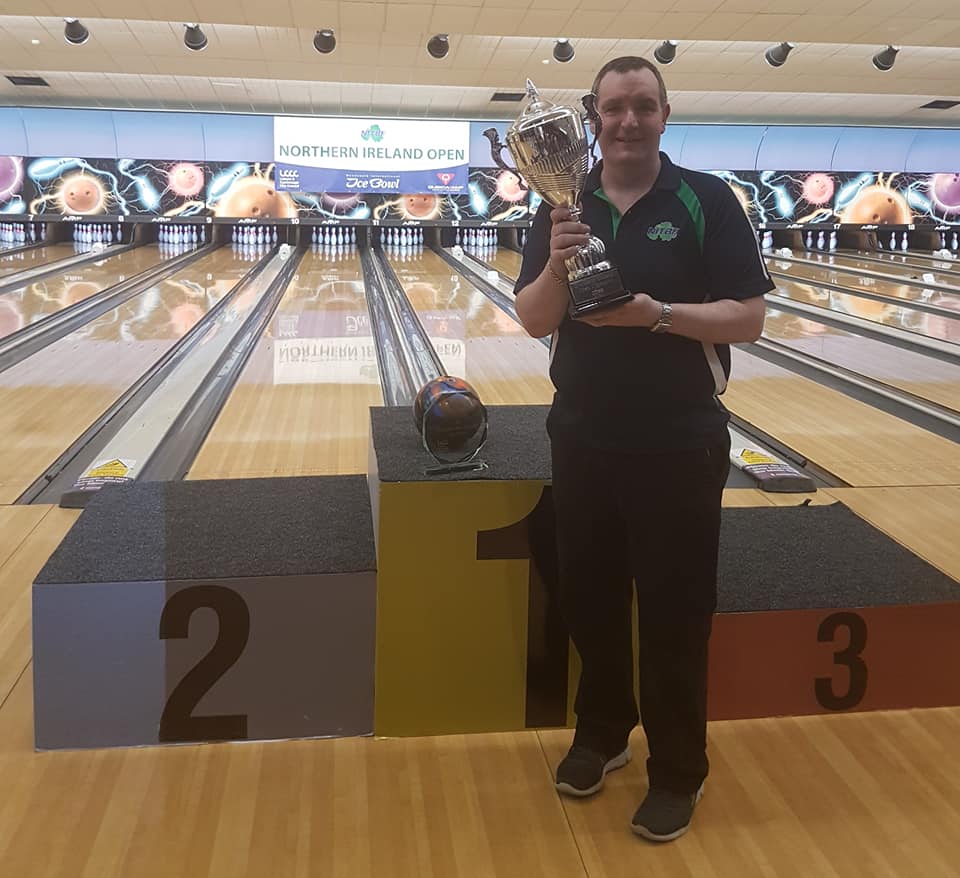 William said afterwards, “It feels great to win the Northern Ireland Open and made even better by having my wife, mum, and daughter there to see it. The last 4/5 years have been tough as a bowler. I got married, had my daughter Emily, and had surgery to replace a disc in my neck. I lost the love for the game over that time and truthfully never thought I would get it back. The last 18 months or so I have started playing a few NITBF Ranking Events and doing quite well in them, even winning a few, one of which earned me a free entry to the Northern Ireland Open. Winning the Northern Ireland Open against some of the top players from all over the UK and Ireland makes me think maybe I do still have the ability to compete at a high level again. I would also like to thank NITBF President Grant Dugan, and NITBF Press Relations Officer Lauren Dugan for organizing the tournament, and the staff at Dundonald International Ice Bowl for all their efforts. I hope to see everyone back next year and also some new faces as I look forward to the challenge of defending my title”.

The Northern Ireland Tenpin Bowling Federation were honored to have Lisburn and Castlereagh City Council Mayor Alan Girvan, Vice Chair of Lisburn and Castlereagh City Council Leisure and Community Development Committee Councillor Hazel Legge, and QubicaAMF’s Director of International Relations and Sport Development Roger Creamer, in attendance to present the prizes.
Presenting the prizes at the event, the Mayor of Lisburn & Castlereagh City Council, Councillor Alan Girvan said, “The Council is honored to welcome back the NI Open to the bowling centre at Dundonald International Ice Bowl. I was delighted to meet many of the bowlers and their supporters who had travelled to take part in the competition. It was fantastic to watch such an exciting final and I was particularly delighted to see many Northern Ireland bowlers finishing in the Top 18.

“I hope everyone enjoyed their time with us and I look forward to welcoming many of the bowlers and their spectators back to the Council area in the very near future”, concluded the Mayor.
The Vice Chair of the Council’s Leisure & Community Development Committee, Councillor Hazel Legge added, “Dundonald International Ice Bowl has a proud history of hosting prestigious sporting events and we are delighted to continue this success by hosting the NI Open after a 12 year break on the NITBF calendar. The event has again attracted many high calibre bowlers and it was particularly pleasing to see Northern Ireland’s Billy Nimick lifting the prestigious winner’s trophy after a gallant performance throughout the weekend.”
“I would like to thank the Northern Ireland Tenpin Bowling Federation for organizing the event and I hope the achievement of the bowlers will encourage others to learn to bowl or progress within the sport.” 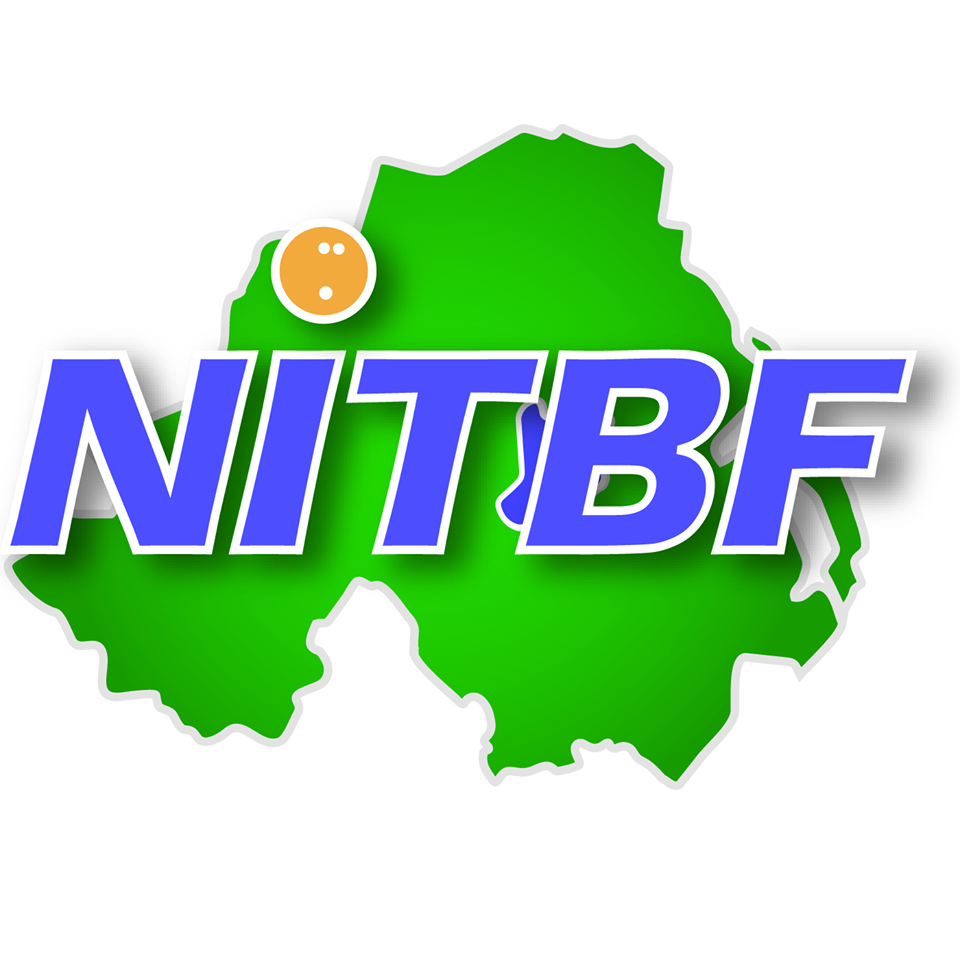 The official website pages for the 2019 Northern Ireland Open can be viewed at nitbf.org.uk/niopen.htm