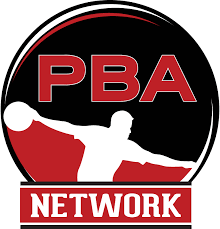 About the PBA
The Professional Bowlers Association (PBA) is an organization of more than 3,200 of the best bowlers from 27 countries who compete in PBA Tour, PBA International Tour, PBA Regional Tour, PBA Women’s Regional and PBA50 Tour events.
The PBA is in its 58th consecutive year of nationally-televised competition, reaching bowling fans around the world who follow PBA activities through the PBA Network which includes Xtra Frame, the PBA’s exclusive online bowling channel, ESPN and CBS Sports Network, and the PBA on Facebook, Twitter and YouTube. PBA sponsors include Barbasol, Brunswick, Ebonite International, GEICO, Grand Casino Hotel and Resort, HotelPlanner.com, L.L. Bean, MOTIV, 900 Global, PBA Bowling Challenge Mobile Game, Storm Products and the United States Bowling Congress, among others. For more information, log on to www.pba.com.

Three English and one Irish make the PBA League Draft

Three English and one Irish made the PBA League Draft held virtually live of the web this week. Richard Teece was dafted by Amleto Monacelli for the new Las Vegas High Rollers team with Chris […]

Sudden-death roll-offs continue as field is cut to four   PORTLAND, Maine  – Portland’s rabid bowling fans don’t need much to get them started, but they were at their loudest when the L.L.Bean Portland Lumberjacks, […]