“My main goals have always been somewhere else. But when I have been travelling all over and talked with people and seen things, it’s more than clear to me that we need some changes and fresh ideas to move to the right direction. I have got so much from bowling that if I didn’t try, I really would have a hard time living with myself.”

It is not too often you hear that a young and talented bowler wants to become president of his countries federation. At 25 Perttu Juslila from Finland plans to ease up on the lanes and focus on helping the sport and his country. He has an EBT win to his name as well as Gold in the World Championships as well as a love for politics which explains things a little more as you will learn. 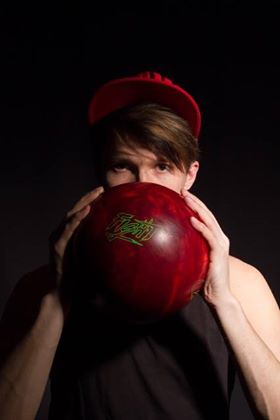 At just 25, you plan to take time out of bowling and run for the presidents position with the Finnish federation. Why?

When I started bowling for a living after high school I thought it’s going to be couple of years. Well turned out as five years but I always knew that i’m not going to make a career out of it. My main goals have always been somewhere else. But when I have been travelling all over and talked with people and seen things, it’s more than clear to me that we need some changes and fresh ideas to move to the right direction. I have got so much from bowling that if I didn’t try, I really would have a hard time living with myself.

Bowling certainly needs more people to help steer it in the right direction, Besides bowling experience, what other skills can help you drive change in the sport?

I’m extremely (probably should use capital letters) determined. My personality type is ENTJ, so for some that tells more than enough haha!

I basically will not give up until I get the right things through. You just have to be patient too. Change is always a scary thing for many so its important to make it clear why things should be done differently. And you just simply have to listen to bowlers and those who work in the industry. Luckily I have pretty good connections all over the globe.

What happens if you do not win the presidency, will you be working with the Finnish federation regardless of the result and what key changes would you want to look at first?

Of course! To me its not about the position but the possibility. Would be pathetic not to. Finland is a big country with 65 local federations so the key thing is to have discussions with all the districts and see in which light the federation is seen at the moment.

Overall I would like to bring the federation closer to bowlers that it’s never seen as a some kind of secret society which just sits in an ivory tower. Federations should be more open taking ideas from the field. I think that is the first thing that has to change before anything else is possible. 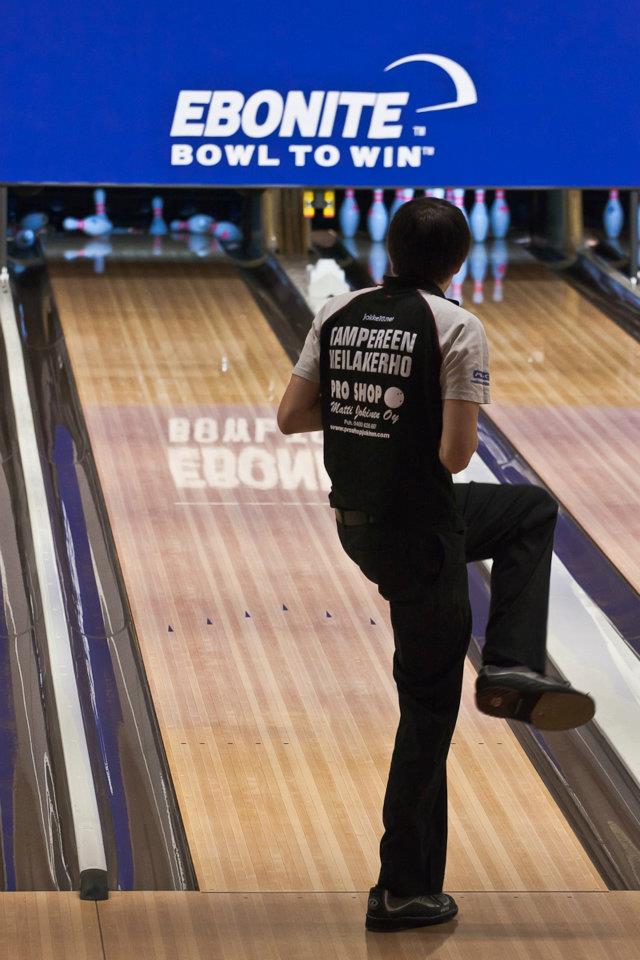 We forget sometimes though that people who run the sport do a lot of it for the love of the game more than any personal reward. Most Federations have a process for raising questions or idea’s. Have you worked with local associations before?

Well that is both yes and no. I mean yes, there are a lot of people who do and have done tremendous a job for the game but then unfortunately there are those too who are more attracted to the position than well being of the sport. That is a fact which wont dissappear by denying it.

I have been the chairman of my local federation from beginning of the year so yes, I would say so! Things actually look pretty good in Tampere now so its a confidence boost and one of the main reasons why I am doing this.

What areas in the sport besides transparency have you identified as needing some improvements or changes?

Elite bowling needs improvements for sure. That is our only window to the outside world to get publicity so we need to work with that.

Getting to the Olympics would be fantastic of course but I think before that is possible we should make our championship rules quite different. For example can you name other sport where one of your skills are taken away when you are bowling for world championship title?

I mean ball limits. Knowing your equipment is a massive part of the game and that is more or less taken away from you when it matters the most. That is just one out of quite many. Before you can please people outside the game you have to be able to please those in the game.

What do you and other bowlers think would be better in terms of ball limits?

Basically that you can use what ever you bring. Its fair to limit that you can only have 6 in the players are but that 6 can be changed whenever. I honestly haven’t heard any good arguments why it should be any different than that. The lanes are never the same when the team event starts compared to official practice. Its pretty much a lottery what you pick.

What do you think of the new World bowling scoring, Do you agree with the ideas behind it?

Definitely not. The scoring system has never been or will ever the issue. To me it sounds more like putting a band aid to a wound without really thinking why you got wounded at the first place. 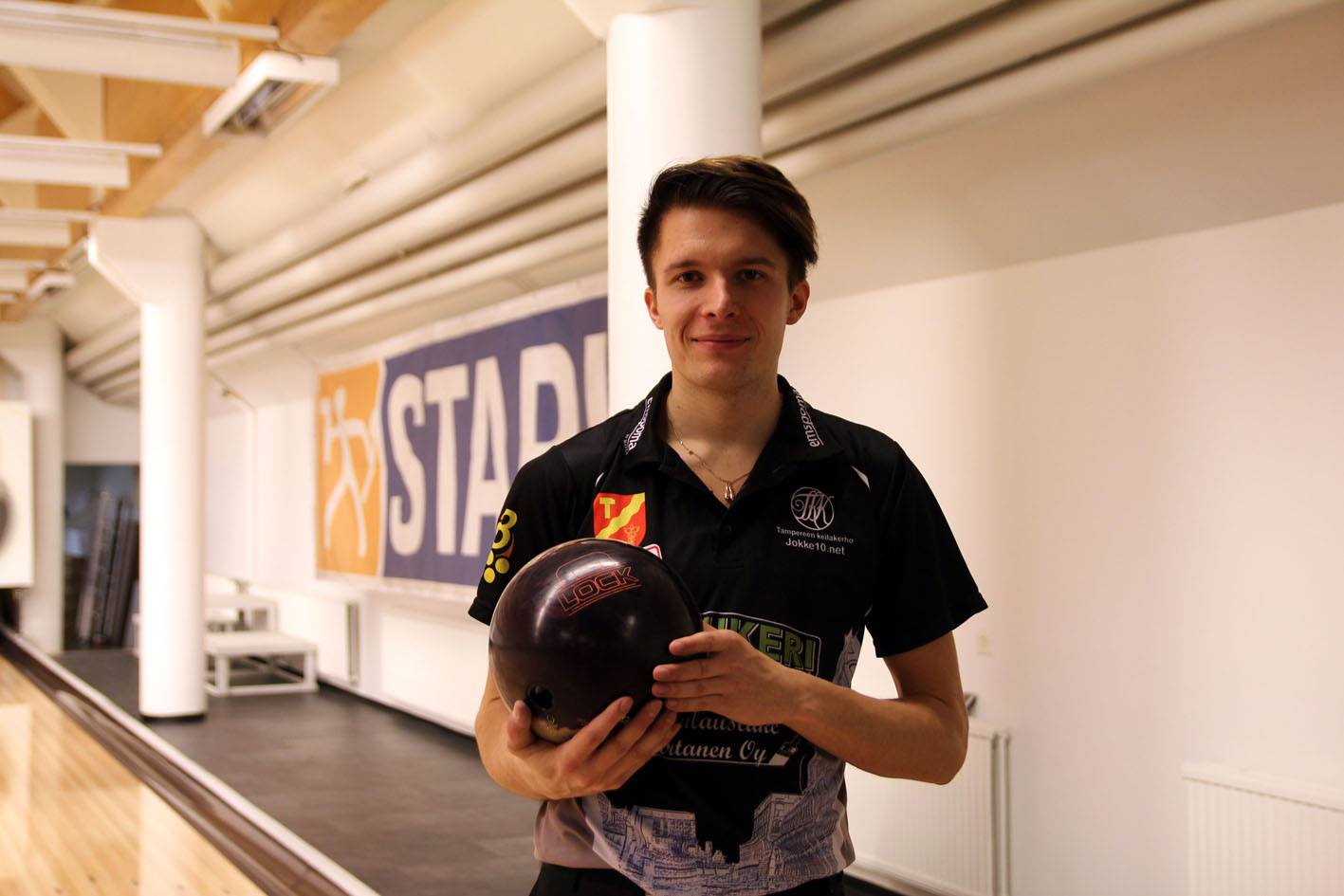 I think I am right in saying Finland has a good solid grass roots base in bowling. All Associations and Federations seem to be loosing some members for a variety of reasons. Internationally you are as strong as ever, could it be a simple thing like Finnish bowling media with English text to spread your bowlers achievements more to the outside World?

That wouldn’t hurt that is for sure. I mean its quite funny that bowling is the most successful ball game in Finland and when I meet people who don’t bowl that is always as big surprise. But then from the world youth championships we have taken only 3 medals from the past 4 championships so you cannot be satisfied with that looking to the future.

Member loosing is a very tricky thing and maybe the most challenging one to fix because if you compare to the bowling’s golden days there are so much more options now. Competition is tough and people are less interested joining a federation than back in the day.

Culture has changed a lot. I believe that one solution for that is to create different options between open bowling and competive bowling. Probably some single tickets that you can try bowling smaller tournaments before you have to join the federation.

Nowadays people want to know better what they are buying into than before. I’m studying international politics so have gone though quite few researches from peoples participating etc

Let’s talk a little more about your own career in bowling now Perttu. Where did it start and why did you get hooked?

That was a while ago! My mom has worked at the bowl for ages so that is how I got involved. I think I started in 1996 but it got more serious 2000. I actually dont even know how I got hooked! I just have always bowled and at some point I realized that this is the thing. Probably because I sucked in every other sport there is

With so many great Finnish bowlers, who did you admire growing up?

If I should pick one that would be Petri Mannonen. I have bowled in a same team with him, Jussi Turtiainen and Petteri Salonen for 8 years now and that has been a massive learning experience. They are also very good friends of mine.

What are your career highlights so far?

Winning the world championships team gold in 2013 is definitely at the top of the list. That lone EBT title in Rome 2010 was also pretty nice one.

You mentioned earlier you will cut back on your bowling now. Does that mean you will play at home rather than abroad?

Yes that means exactly that! I have bowled more than 1000 tournament games every single season in Finland since 2005 so this season it will be closer to 500 if I have to guess. So far I have not planned to bowl any tournaments abroad but that might change. Studies are also taking pretty big part of my time at the moment.

You obviously care for bowling but do you have any interests outside of the sport?

Im studying international politics which is obviously one of my main interests. Lets just say that im quite passionate about human rights and very bad at tolerating injustice. But dont worry I also do normal things and actually have a social life, too!

How long before you graduate and do you have plans to enter the political arena in the future?

I have 4-5 years left so not quite there yet. Im not fully sure what I would like to do. United Nations would be very interesting. But lets say yes, I think that is the direction it will go.

I must ask you being you are from Finland. With so many amazing players over the years from your country, Who in your opinion are the best ever male and female players?

Mika Koivuniemi and Krista Pöllänen. I know those are pretty boring answers but thats just how it is! Their careers have been just phenomenal.

Finally Perttu, we wish you luck in your goals in bowling and with your career. An easy question to end with, Why should people bowl?

Thank you! Bowling is an ageless sport which has so many different levels. There is serious sport bowling, fun orientated open bowling and much in between. Bowling is a very versatile game, there are not that many sports you can really do with your grandparents.

Twenty-five countries featuring 146 bowlers will compete in the 2022 championships set in the World famous Tali Bowl in Helsinki, Finland from the 31st May to the 10th of June. Bowlers will play Singles, Doubles, […]

“The name hit me after thinking about what would make this ball standout. I likened Timeless to a piece of jewellry, a Rolex. A brilliantly made timepiece that lasts the test of time…. A timeless […]