Twenty-five countries featuring 146 bowlers will compete in the 2022 championships set in the World famous Tali Bowl in Helsinki, Finland from the 31st May to the 10th of June.

Bowlers will play Singles, Doubles, Trios, Teams and Masters and a chance to join the great champions of the past with the championships last held in Tali in 1987.

Others to watch out for include a strong Italian side of Nicola Pongolini, Antonino Fiorentino, Tommaso Radi, Walter Alessandro Santu, Pierpaolo De Filippi and Erik Davolio. Lithuania, Croatia and many baltic states much improved in the last few years will join the hunt, as will Germany, Denmark, England and Iceland. The truth is, you can try to predict the winners but there will always be some surprises along the way.

Singles gets underway on Thursday

Leading the way after the first squad of singles was Denmark’s Mikkel Brus Sorensen with 1332 followed by Sweden’s William Svensson with 1310 and in third was Lithuania’s Laurynas Narusis with 1308. Taking fourth was Germany’s Andreas Hernitscheck with 1298.

Finland took the top two spots after squad 2 of the singles with Niko Oksanen leading despite a 158 in game four and 1411. Second to countryman Tomas Kayhko with 1403 and Swedish PBA star Jesper Svensson in third with 1387. Taking the final spot with a squad to go was Frenchman Maxime Dubois with 1367

Singles – Sweden’s Jansson a level above

Finland had two bites of the cherry in the semi finals but it was the Czech Republic and Sweden saying how do you like them apples as both had to settle for Bronze medals, Jaroslav Lorenc (CZE) beating Niko Oksanen 213-209 and Markus Jansson (SWE) defeating Tomas Kayhko 232-197.

Sweden vs Czech Republic final and a one sided final at that as Markus Jansson raced to 279 leaving Jaroslav Lorenc trailing with 192 qnde the first Gold of the championships to Sweden.

Doubles -Who is going to stop the Flying Finns?

If one country was going to challenge Finland it was Sweden. World Champions James Blomgren and Jesper Svensson with 2722 and slotting into second overall. Finland’s Kimmo Lehtonen and Juho Rissanen crashing the party in third overall with 2702 with Sweden’s Andersson and Svensson in fourth now with 2695 and a block to play on Sunday morning.

Doubles – France grab a place in the final

The final was almost locked up before the squa even started and some big games needed to make the final four. France gave it a go and smashed in 2721 to place third overall and a fine 1421 from Maxime Dubois. Two finnish teams and a pair of Swedes joining them in the final.

Not the best draw for Finland in the semi final as one of their duos would advance and one go out. Going through were Kimmo Lehtonen and Juho Rissanen with 450 to 434 and Tomas Kayhko and Niko Oksanen. Also into the final were Sweden’s James Blomgren and Jesper Svensson beating France 484-398.

Sweden vs Finland final and Gold for the former as Jesper Svensson smashed in 289 and James Blomren adding 223 for 512 as Finland’s Kimmo Lehtonen (201) and Juho Rissanen (181 hit 382 for the Silver medal.

Trios -Sweden head the teams into the finals

Four squads and six games each later we found our final four and it was Sweden’s Blomgren,Laresen and Svensson in first place with 4148 as Denmark placed second with 3953, Sweden’s Jansson, Andersson and Svensson third with 3901 and fourth going to Italy with 3824.

Another bloack and another Swedish team leading, thanks in no small part to a 286 last game by Pontus Andersson. 1995 the total followed by Denmark in second with 1958, Norways in third with 1877 and Finland in fourth with 1867. Only the Swedish trio breaking into the combined scores in 3rd behind team mates Sweden 1 and Denmark.

Italy vs Sweden and Sweden vs DEnmark in the semi finals and one Swedish team though and one out as Italy beat Blomgren,Larsen and J Svensson by just four pins 647-643 but the other Swedish team of Jansson, Andersson and W Svensson took out Denmark 654-621′

The final between Italy and Sweden also going down to the closing frames and it was the Italians dancing at the end with a 683-657 Gold win.

Sweden came back from a ppor game by their high standards to lead the four teams in the finals with 6605 ahead of Finland with 6591, Italy with 6453 and finally The Netherlands with 6410.

The Netherlands must have thought it could be their day when they beat Sweden in the Semi final 1033-935 as Italy eased past Finland 971-949.

All Events – Jesper claims the Gold

Step 3 and it was Finland vs Germany, Sweden vs Italy, Sweden vs France and Sweden vs Finland. Joy for Finland and Sweden as Tomas Kayhko, Joonas Jahi, Jesper Svensson and Martin Larsen advanced.

It could have been an all Finland or all Sweden Final but a fair result was maybe Finland vs Sweden. Finland’s Joonas Jahi beating Sweden’s Jesper Svensson 2-0 and Sweden’s Martin Larsen taking out Finland’s Tomas Kayhko 2-0.

Winning the European Masters on home soil must be quite a feeling and one Joonas Jahi will remember for a long time as he defeated Sweden’s Martin Larsen with games of 235 and 268 to 193 and 193.  Gold to FInland and Silver to Sweden.

A much changed Team England side travel to Tali due the postponements and will feature some new caps for Callum Simons, Adam Shrubb, Garry Baird, Garry Sykes and George Jagger and joined by the experienced Jamie Bottomley.

In what proved to be a challenging pattern for all players, Scotland headed the home nation bowlers as James Guthrie placed 17th with 1213 and just ahead of England’s Jamie Bottomley with 1202. Elsewhere England’s Garry Baird was 25th with 1161, Scotland’s Brian Gillespie in 32nd with 1137 and Ireland’s Eoghain Lebioda in 40th with 1085 and Sean Dempsey in 47th with 1046.

Singles – Home nations struggle to keep up with the top pace

England’s Garry Baird and George Jagger headed the first block of home nation teams in the doubles with 2426th in 10th place as Scotland’s Gillespie and Guthrie placed 20th with 2281 and Ireland’s Byrne and Dempsey in 24th with 2162.

Doubles – Tough day at the office for the Home Nations

Scotland’s Steven Gill and Chris Thompson-Nairne were the pick of the home teams with 2342 in 14th just ahead of England’s Adam Shrubb in 15th with 2306 and Ireland’s Anthony Burne and Paul Molphy in 22nd with 2106.

The final block of the doubles saw the Irish pair of Eoghain Lebioda and Karl Doherty lead the home nations with 2216 in 18th place with England’s Simons and Sykes in 19th with 2204 and Scotland’s Jamieson and Herbertson in 24th with 2009.

Trios – England again the pick of the Home Nations

1806 and 9th place for the English trio of Garry Baird, Adam Shrubb and Jamie Bottomley as Scotland were in 18th place with 1638 and Ireland back in 21st with 1555.

Trios – England round out the trios ahead

Team – Mixed day for all

Team – Home Nations off the pace this year

Not the greatest of years for the home nation sides with England ending in 15th, Scotland in 19th and Ireland in 23rd. and no players making the masters.

Full Results will appear on the Official website here 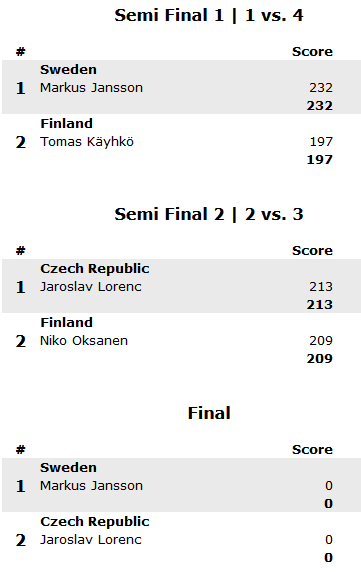 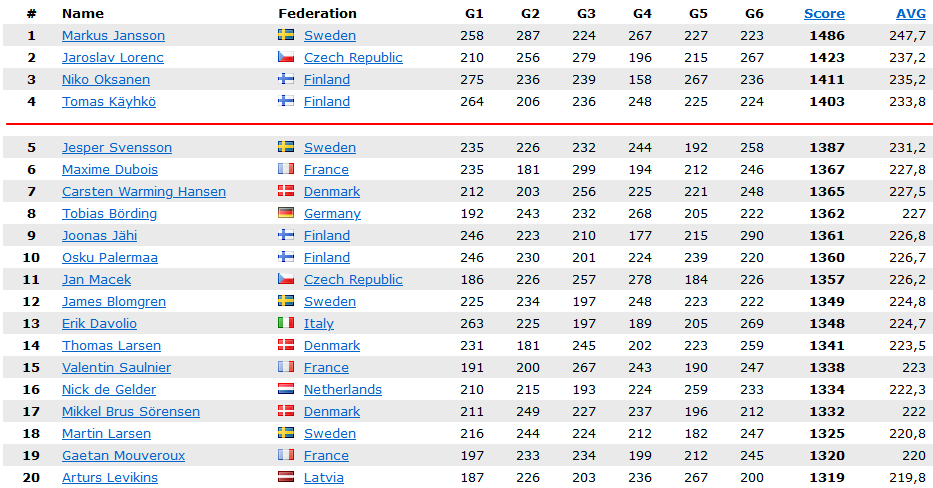 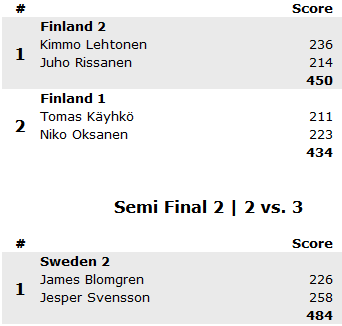 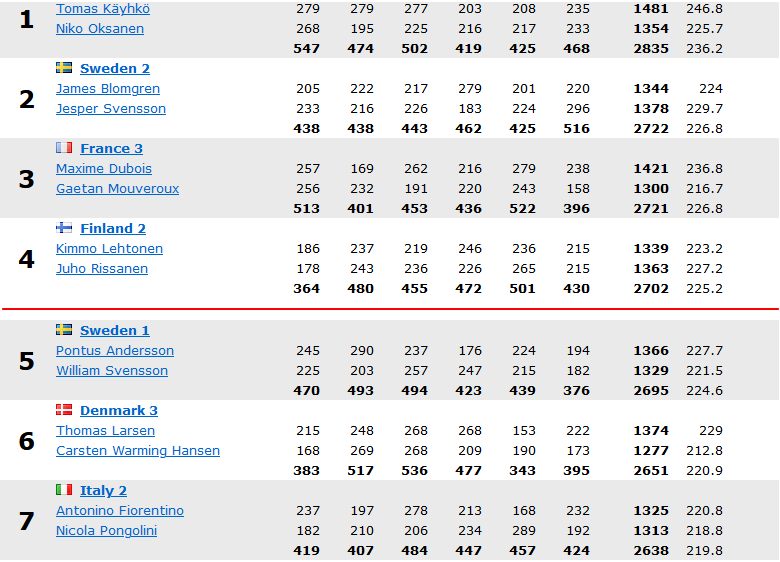 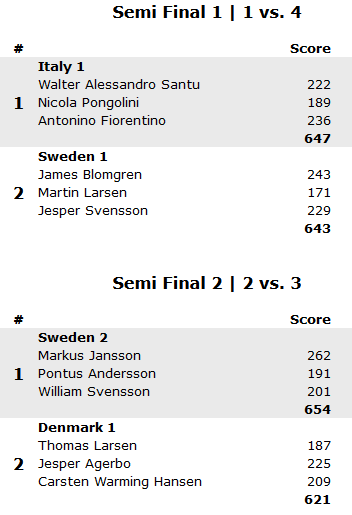 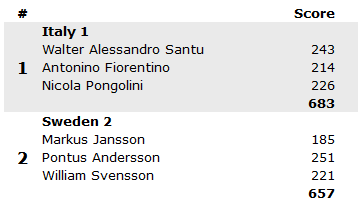 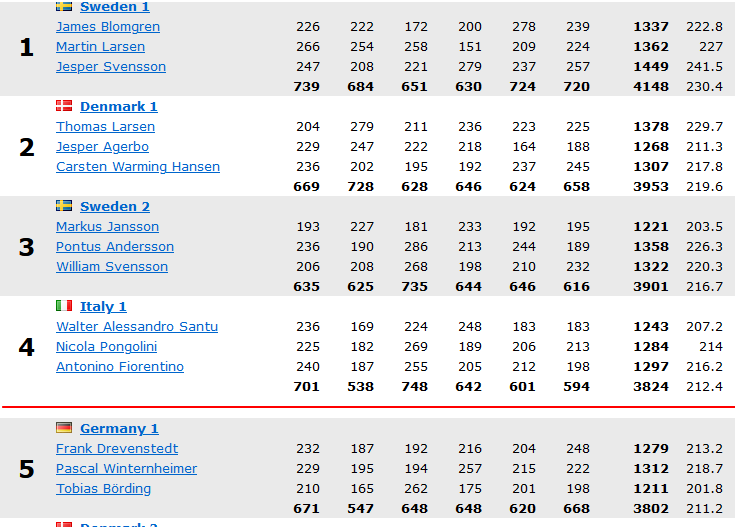 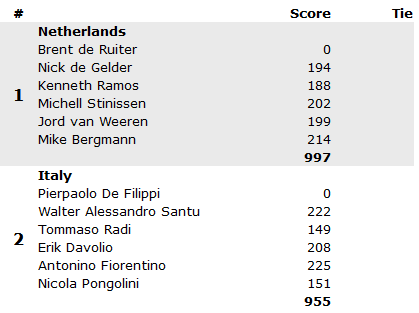 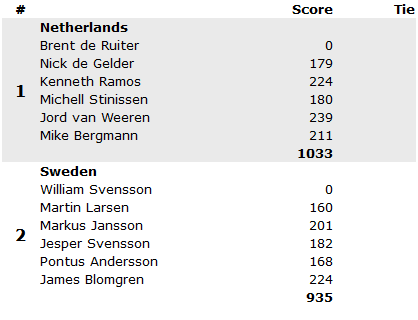 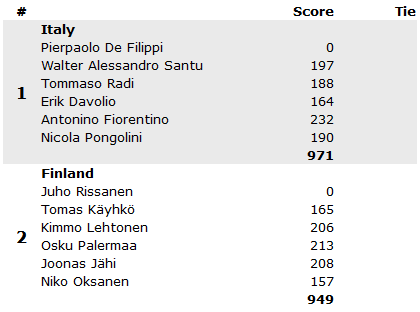 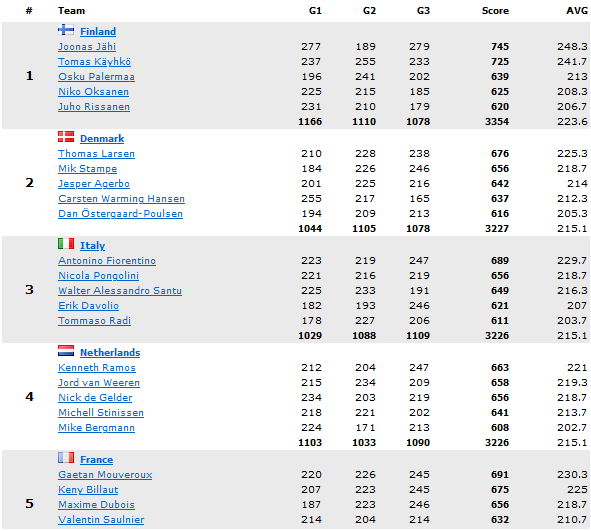 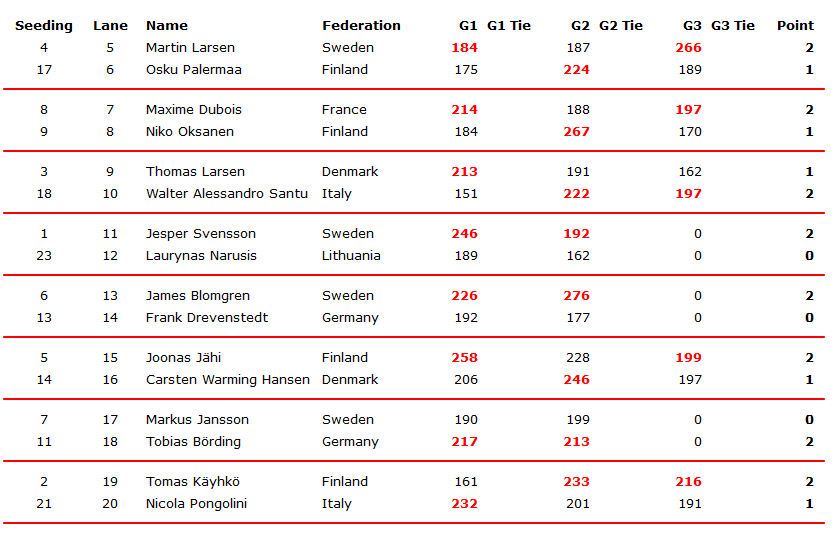 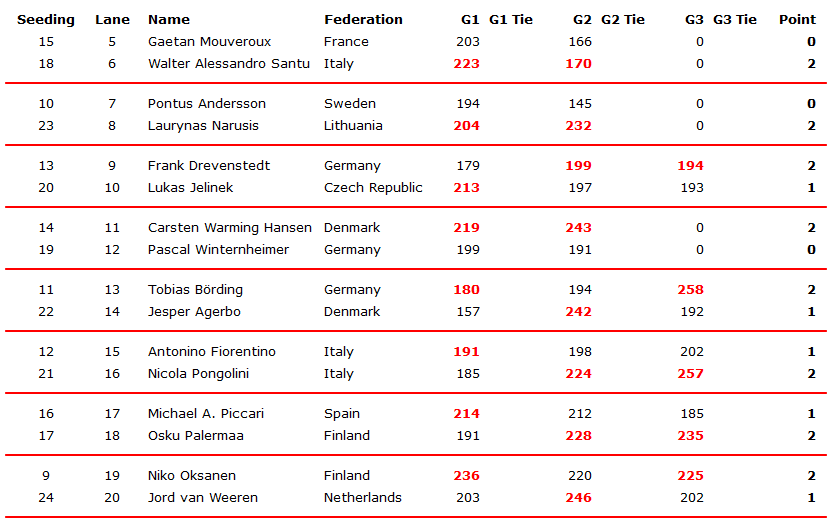 The German Bowling Federation welcomes 32 European nations to participate in the EMC2019 in the Dream-Bowl Palace in Unterföhring, Germany from the 10th to 21st of June 2019. Live streaming available via the Official Website […]

“Organizations are not built for youth to be involved in decision making. THAT is an issue.” We talk to Finnish President Perttu Jussila

Break Dancing will be considered for an Olympic place in 2024 in France and NOT bowling. This came as a shock to some and expected by others but will it be a turning point for […]