He is the top ranked bowler in Northern Ireland.. like ever. 14th overall in the UK and travelled all over the planet to bowl in competitions. Bowled against the best and come away with medals and won everything there is to win in Northern Ireland. Time to meet the legend that is Kevin Horton. 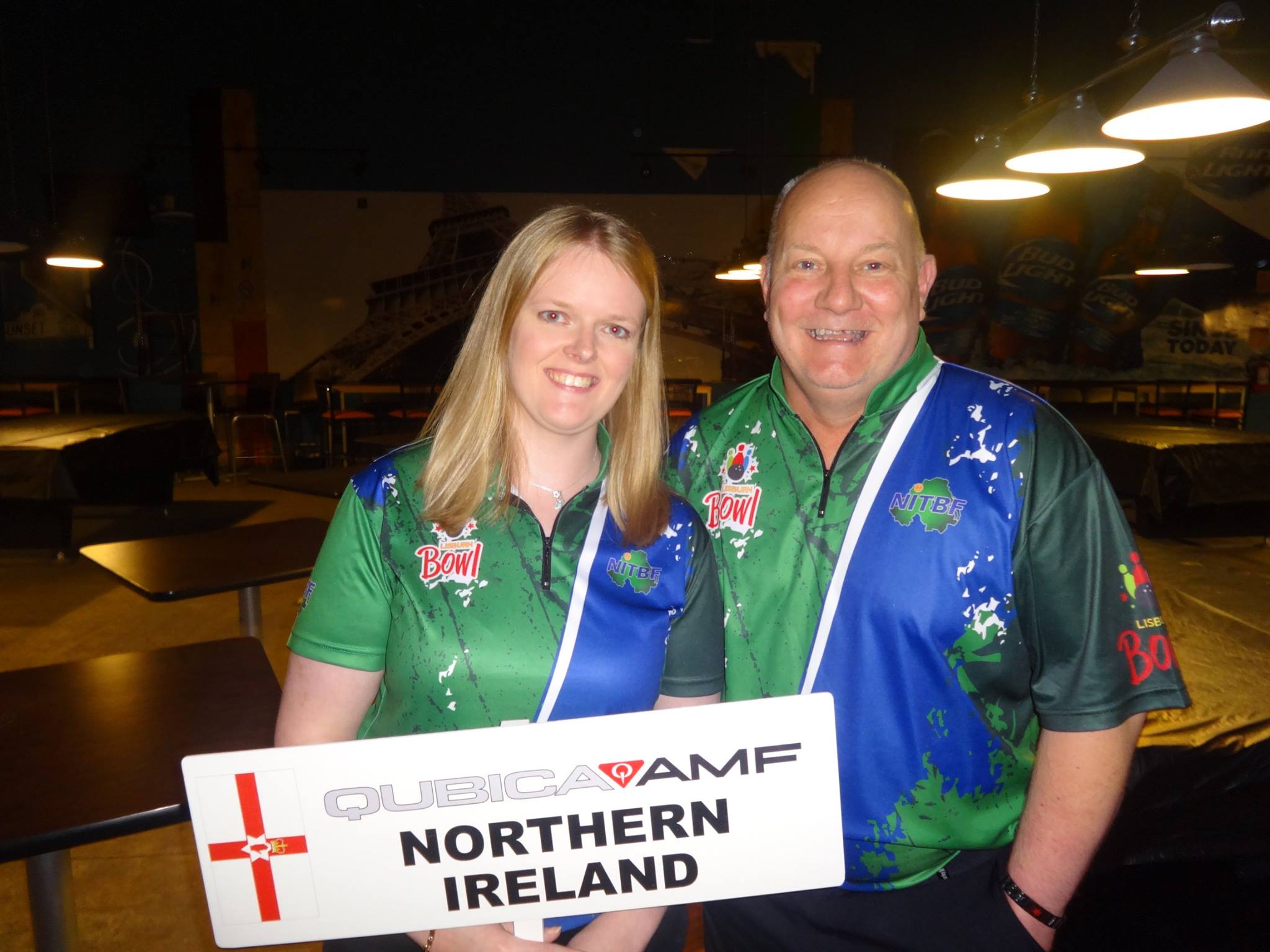 How did you first get into bowling?

I was living in London in the early eighties one drunk evening I stumbled into the bowling alley in North Harrow with a group of friends, from my vague memory there was bowlers on the top deck and others on the lower. The people on the top deck seemed to be striking every throw so I thought I would watch and take what I had witnessed and beat my mates. I was hooked forgive the pun.

Where did it go from there?

I joined a league in North Harrow surrounded by current past and future internationals, I picked up a lot, got a few coaching sessions, went to America did a few courses, improved, moved leagues to Hemel Hempstead joined a team called the Admirals from my very bad memory it was captained by Gary Bulmer, learnt a lot. Great times travelled to competitions made people give me a second look. 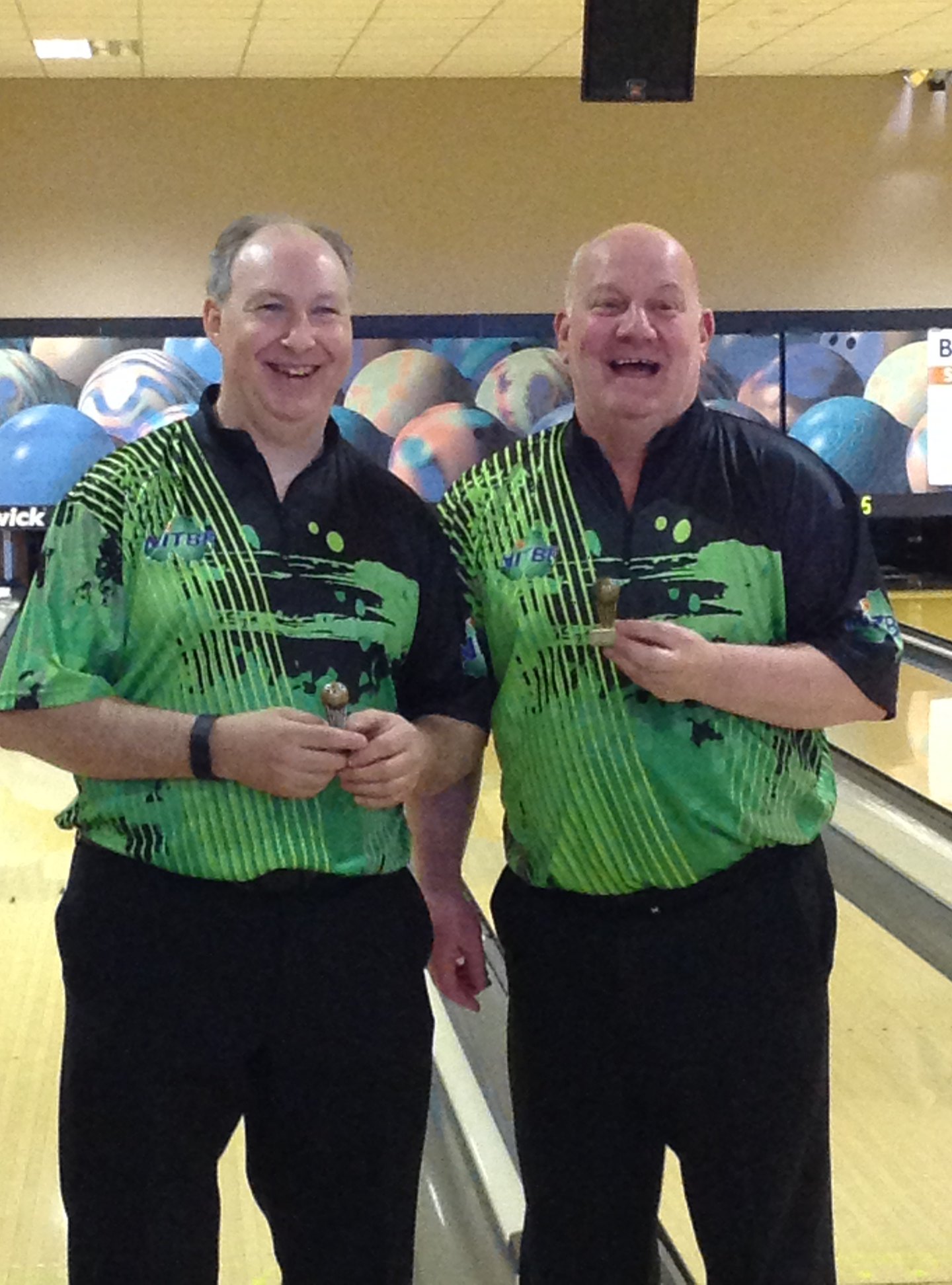 From 1998 to 2018 you bowled in eleven Bowling World Cup’s for Northern Ireland and a high of 14th in 2003. Of all of them which stood out for you for either the way you bowled or the location visited?

It has been my privilege and pleasure to bowl all over the world representing Northern Ireland hopefully making other countries take Northern Ireland bowlers seriously, the one World Cup that stands out is the Honduras World Cup 2003, apart from bowling well I had a good run in the top 24 making serious moves to the top 8, during a break I noticed the AMF running around in circles realising that they did not have a Northern Ireland AMF shirt, a small thing but it still makes me smile.

Multiple NI Tour wins over the years and domestically you have always been a strong contender in events but have had success abroad. Do the Commonwealth medals won in Livingstone 2002 and Cyprus 2005 rank up there with your best memories?

My two Commonwealth silver medals stand out but to be very honest I was hanging onto Billy Nimick’s shirt tails for both of them. Another tournament that stands out is the ESBC 2017 in Dublin were I won a Gold in the doubles with Paul McCauley and went on to win the All Events Gold.

An easier question here Kevin would be to ask if there is anything you have not won in Northern Ireland and of all these domestic wins do any stand out for you?

I believe I have won everything in Northern Ireland and the one tournament that stands out is my first Ranking win in Ballymena, being a blow in local who spent a lot of time in there my expectations were high it gave me great satisfaction.

Into the 2000’s and beyond, you are racking up wins and points in the Hall of Fame, did you do additional training before big events during this time and what coaching or help were you now getting as an International bowler?

I am a great believer in coaching, during my early years in Northern Ireland I was coached my Marco Biondi from Scotland and then during my travels to the USA I found a Pro Shop called Buddies Pro Shop in Connecticut with an extremely helpful and knowledgeable operator called Chris Forry, he coached me during my stay allowed me to sub for his team in leagues and gave excellent advice about ball choice and how it is drilled for what I wanted, I continue to ring and seek advice on conditions, ball choices, and how to have it drilled, Donna and I have also had one or two coaching sessions with Bill Hall, quirky but very knowledgeable.

Northern Ireland is not a massive country but you and others have put it on the map over the years. Who would you say have been your toughest opponents in NI Tour events over the years?

As you say Northern Ireland is a small country but we have had and still do many gifted bowlers, during my early years in Northern Ireland I would say Kenny Donnelly was my toughest opponent and as he is a good friend there was an extra edge, then later on a young man called Billy Nimick who would just blow the pins apart very frustrating to bowl against.

Back to the World Cup and in that event it is fair to say you probably bowled with some of the greatest names to ever play the sport. Who did you enjoy sharing blocks and squads with and if you had to name one bowler as the best you ever bowled with, you would it be?

Having bowled in so many World Cups I have competed with so many greats of bowling but the one individual who stands out is Walter Ray Williams he was a gentleman, gifted and natural bowler who never got my dry sense of humour but he remained friendly every time I met him after that.

Looking back at a great career, is there still a drive for more or happy with how your sporting life has been?

My bowling career has lasted over 40 years and it has brought me great happiness and frustration, I am happy with my achievements in bowling, with time catching me up very fast, I am held together patches, tape and straps thus I have become very picky in which tournaments I take part. I remain competitive but I will be bowling for the enjoyment of the sport.

When not always bowling what things do you enjoy doing?

Well Donna would say watching TV, I would say my work, I had 2 years of with ill health (Heart Op) even I got bored with the TV so I went looking for a part time job to keep my brain ticking over and was lucky enough to get a job with the Housing Executive in Housing Benefit working Tuesday/Wednesday and Thursday allowing a long weekends for tournaments. Always thinking.

A question being asked to all seniors is whats the music choices when going to all these places. In your case, with so many World cup visits, what movies do you go for?

Equipment, lane conditions and so much more has changed over the years, If you were to start again as a young man in today’s game, do you think you would do anything differently?

The only thing I would change is start being coached early on in my bowling career and be fussy in who you get to coach you.

You are now the 14th best bowler of all time in the UK. That’s every home nation included. When you read that truth back to yourself, how does it make you feel?

As for being the 14th best bowler of All time in the UK, I feel a great sense of pride in my achievements but there are 13 people ahead of me Hey Ho. Believe it or not bowling brought my relationship to my father much closer, he would stand behind me and watch me compete with a smile on his face, he did not understand the ins and outs of bowling but enjoyed me competing, something he missed in my early years.

Finally Kevin, Bowling has meant a lot to you for a long time now, what is it about the sport you love so much?

I am a very competitive person and as I have got older, I have learnt to set goals that are more realistic. Through bowling, I have made so many good friends with a sense of family within the bowling world and of course the memories.