Chris Barnes will return to once again lead Team USA looking to make it four in a row against Europe in the 2021 Weber Cup this October 14-16 at the Morningside Arena, Leicester. Dominic Barrett has been named Team Europe’s captain as they seek revenge to reclaim tenpin bowling’s most prestigious team crown for the first time since 2017.

This year, each team will be made up of the top two players on the PBA Tour Rankings for each team plus two captain’s wildcards each.

Matchroom Multi Sport is proud to once again be working with the PBA Tour to deliver the 21st staging of the Weber Cup: “We’re thrilled to be partnering with the BetVictor Weber Cup for a third consecutive year and are excited for the opportunity to showcase the talents of our top PBA players internationally,” said PBA CEO Colie Edison.

“The format of the event paired with the transatlantic rivalry makes for a can’t miss competition for bowling fans around the world.” 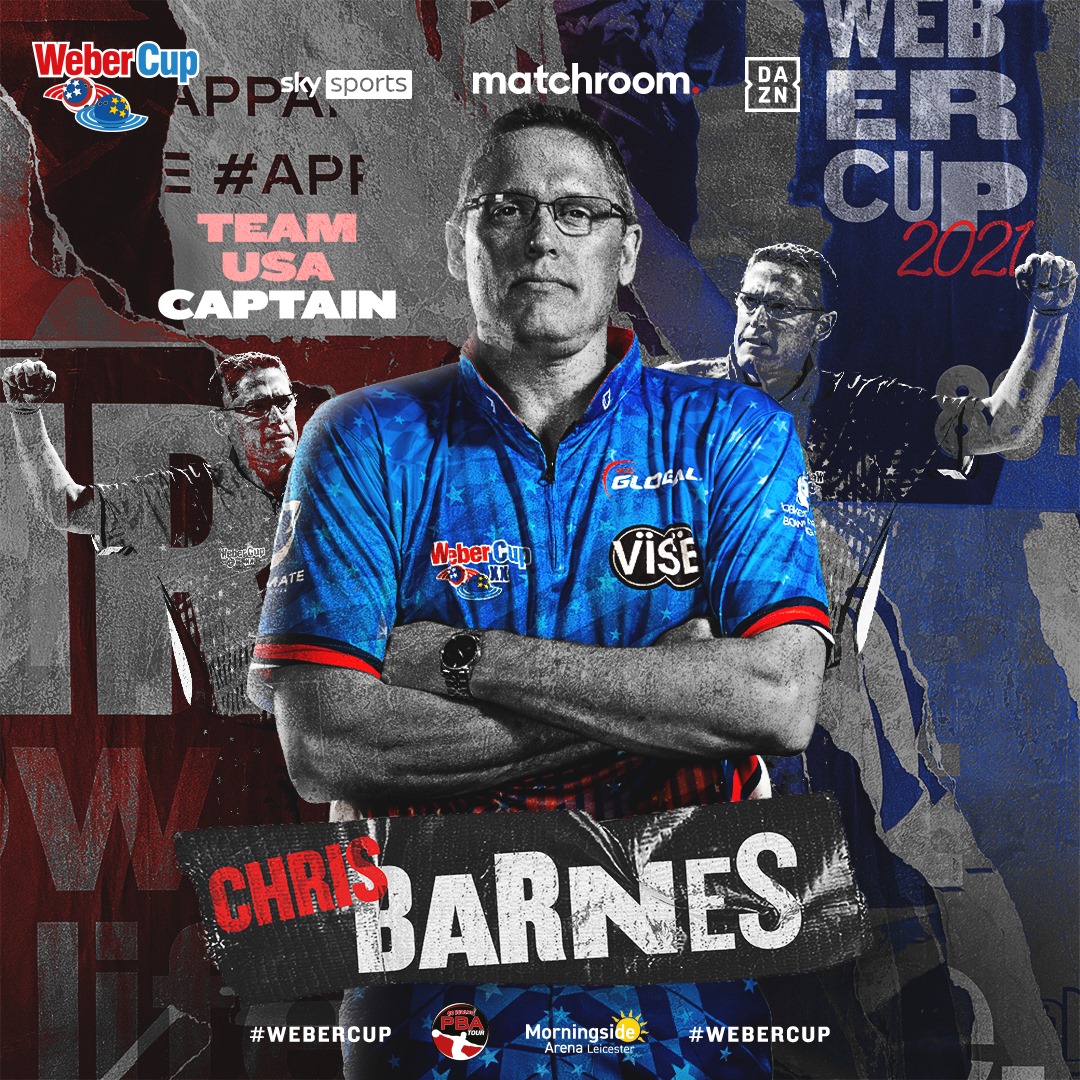 Barnes is relishing the prospect of making it four in a row: “It feels fantastic to be returning as captain of such a talented group. Team bowling has always been one of the greatest and most satisfying parts of my career and I’m honored to return as captain of this prestigious event.”

“The Weber Cup has become a run of streaks and we still have some catching up to do after they won five in a row. We will have a little bit of new blood this year which will rekindle the fire. I want our group to get out to a quick start, use then use our power advantage as the matches and players settle in.”

The USA captain is looking forwards to the return of fans: “Perhaps the best part of this event is the uniqueness of the one lane setup and how close the fans are. The sound can be deafening when the Euros get the momentum so it will be our job to keep them sitting on their hands. We have players that thrive with adversity though, so I think we are looking forward to the energy and intensity that a big crowd brings.” 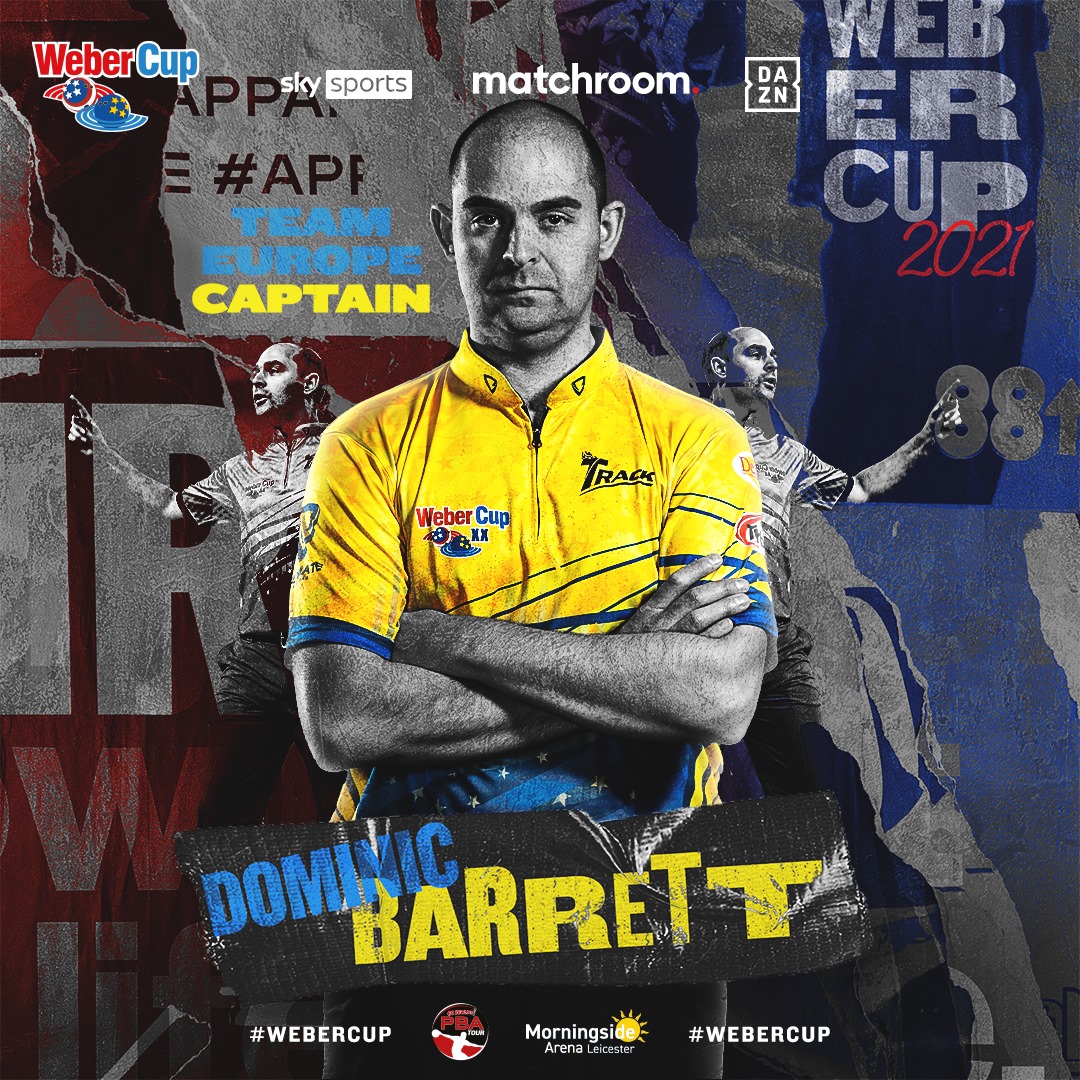 Barrett meanwhile is expecting a big response from his Team Europe side: “I’m very excited to be captain again this year. We’ve had a few tough years but I’m confident we can triumph the USA team this year.”

“Last year was tough for everyone, but we had some positives as a team. We’ve had a PBA Major victory and we are looking to grow on those successes and with a fantastic European crowd, we can’t wait for the best team competition in bowling to begin.”

Fans can get excited throughout this week with each team to be complete by Friday with announcements for both the USA and Europe to come every day. The two teams will compete for a total pot of $75,000 with members of the winning team each taking home $10,000 and the runners-up receiving $5,000 per player.

Ticket news is coming soon with exciting plans to give fans the best access ever seen at a Weber Cup. Register for ticket alerts here. 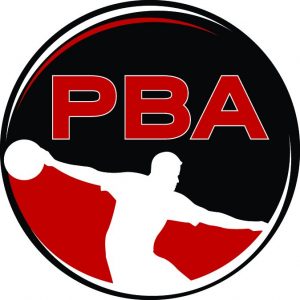 About the Professional Bowlers Association

The Professional Bowlers Association (PBA) is the world’s preeminent organization dedicated to the sport of bowling and its professional competition, with thousands of members and millions of fans throughout the world. The PBA plays host to bowling’s biggest tournaments from the PBA Tour, PBA Regional Tour, and PBA50 Tour. In 2020, the PBA launched PBA Jr., a club for elite youth bowlers under the age of 17 and the PBA Pinsiders, a membership for fans of the sport. For more information, please visit PBA.com.

“The moment that I won I had an immediate sense of joy, gratitude, and relief. I had accomplished exactly what I had set out to do. I really had no vision of what would follow […]