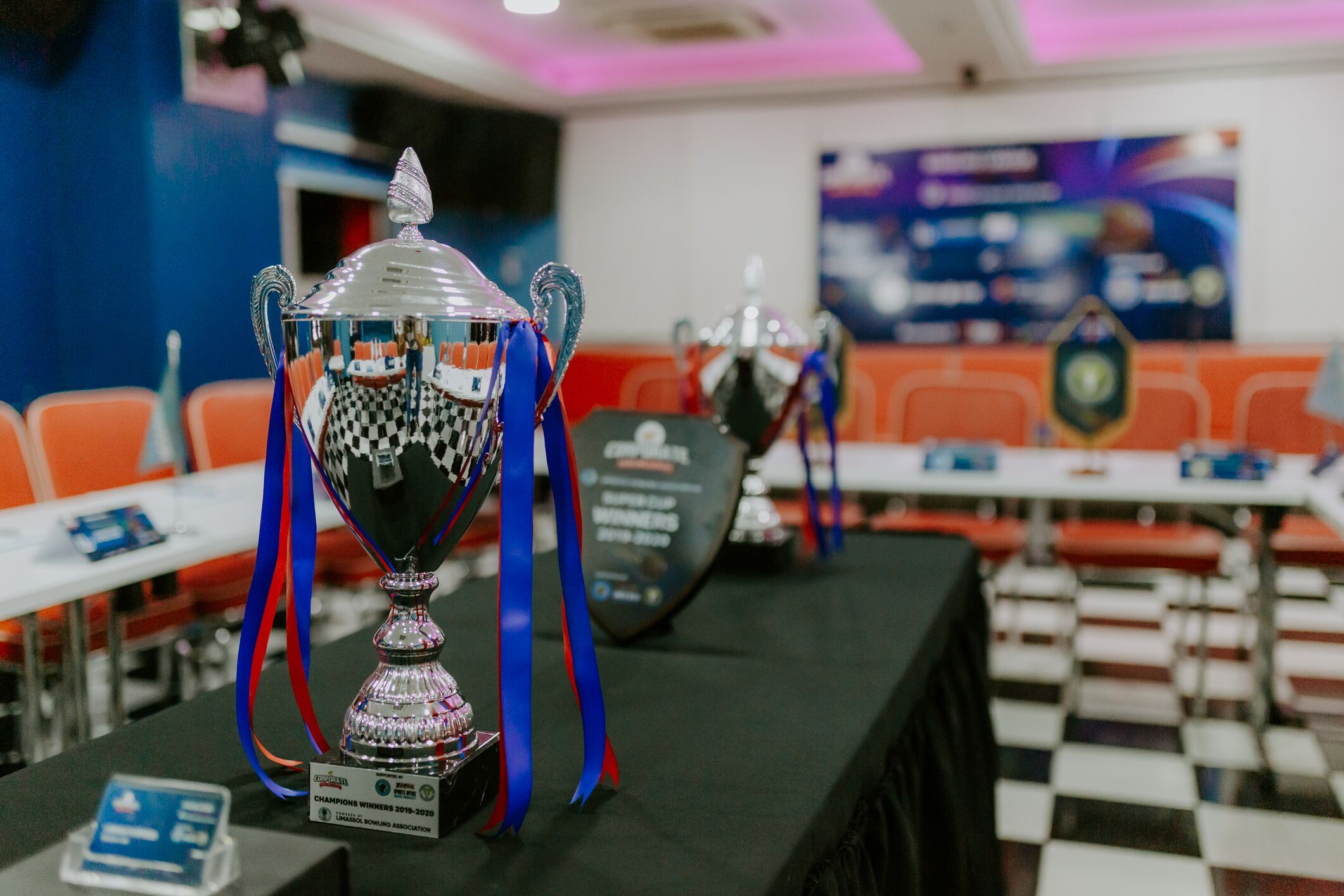 In front of of the Cypriot media including TV Lemesos, FalconMedia Group, Cyprus Corporate Bowling League Chairman Loucas Evripidou explained the league had been devised and created by the Navigators Training Program in order to promote the sport of bowling, to preserve sporting spirit and at the same time to introduce the sport of bowling to newcomers and casual players. The official Logos and Flyer 2019-2020 were presented.

Joining the Cyprus Corporate Bowling League gives  Cypriot companies the opportunity to reward their employees in a fun, exciting and competitive pastime outside the work place. 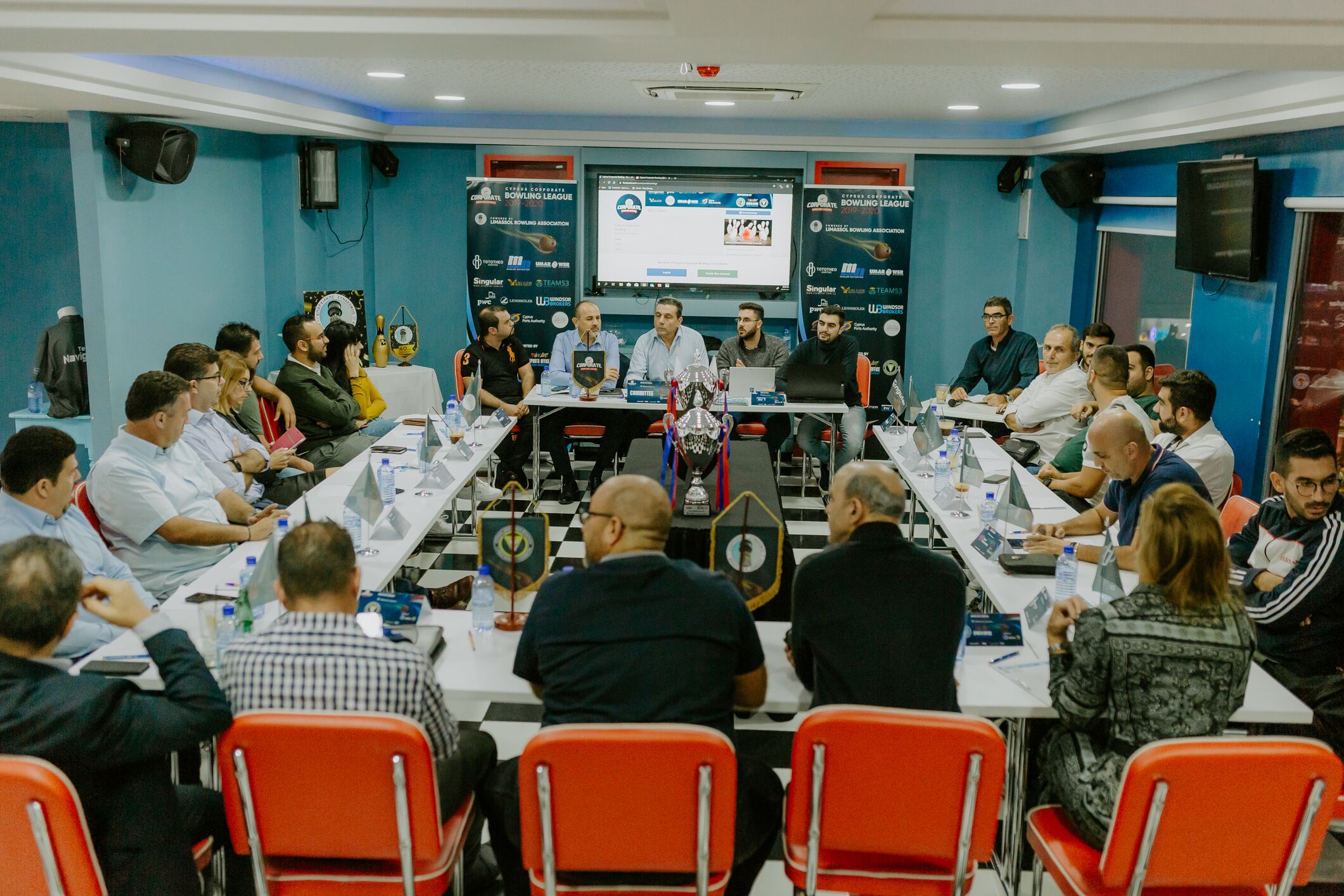 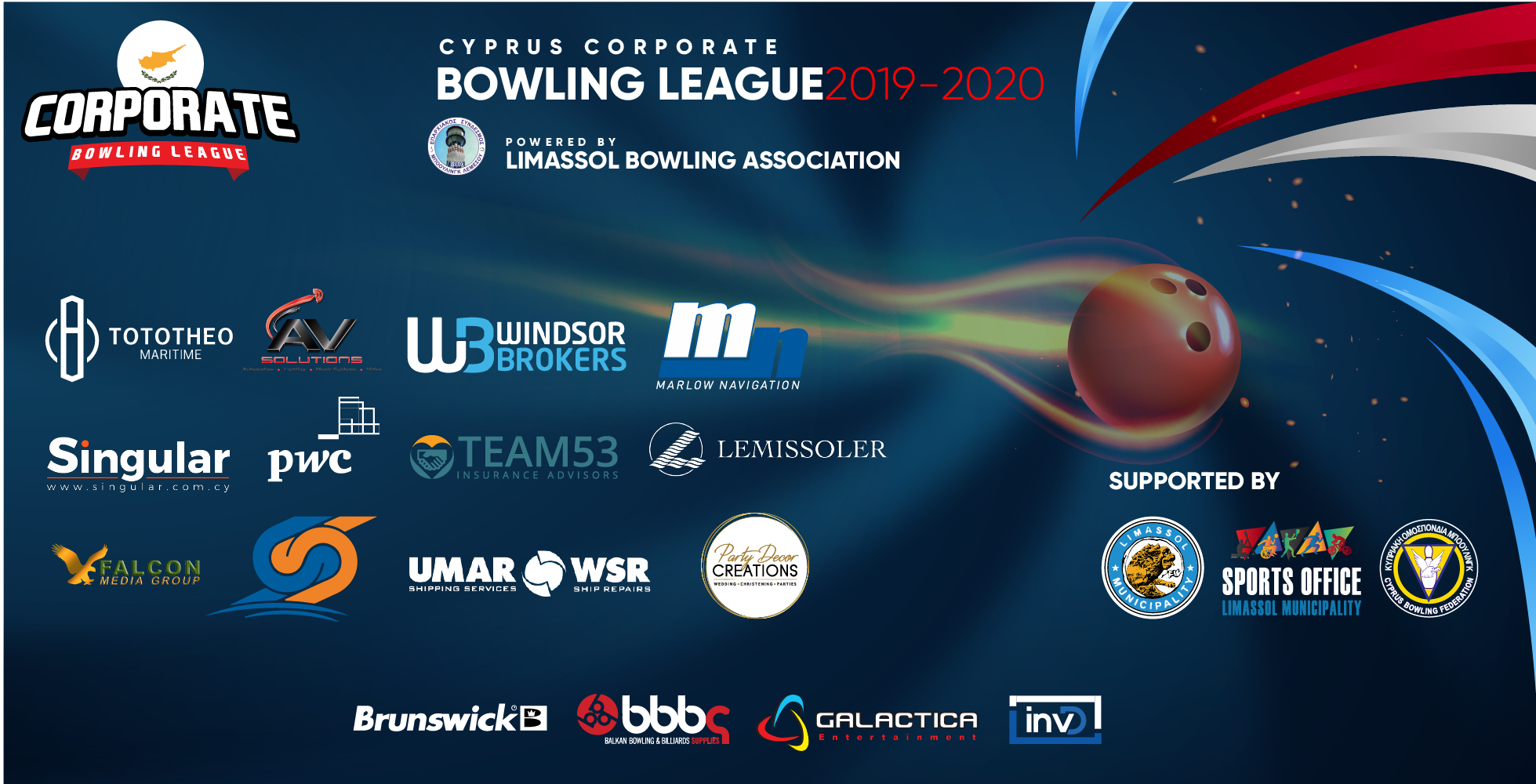 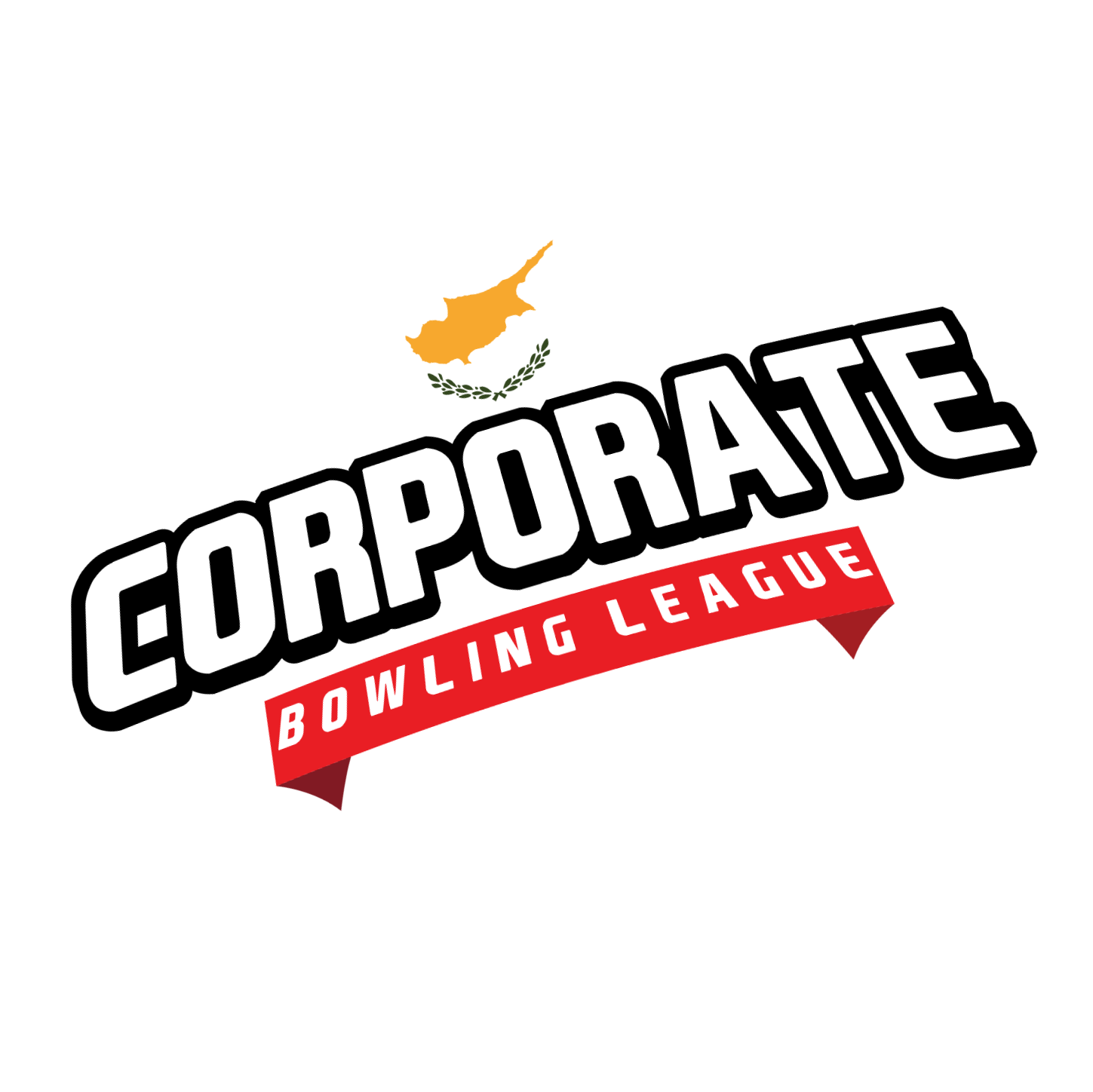 A well designed conference room awaited the teams and guests as they entered with the championship cups in the centre of the room including the logos of the Cyprus Champions 2019 Team Navigators and display of the new season shirts. 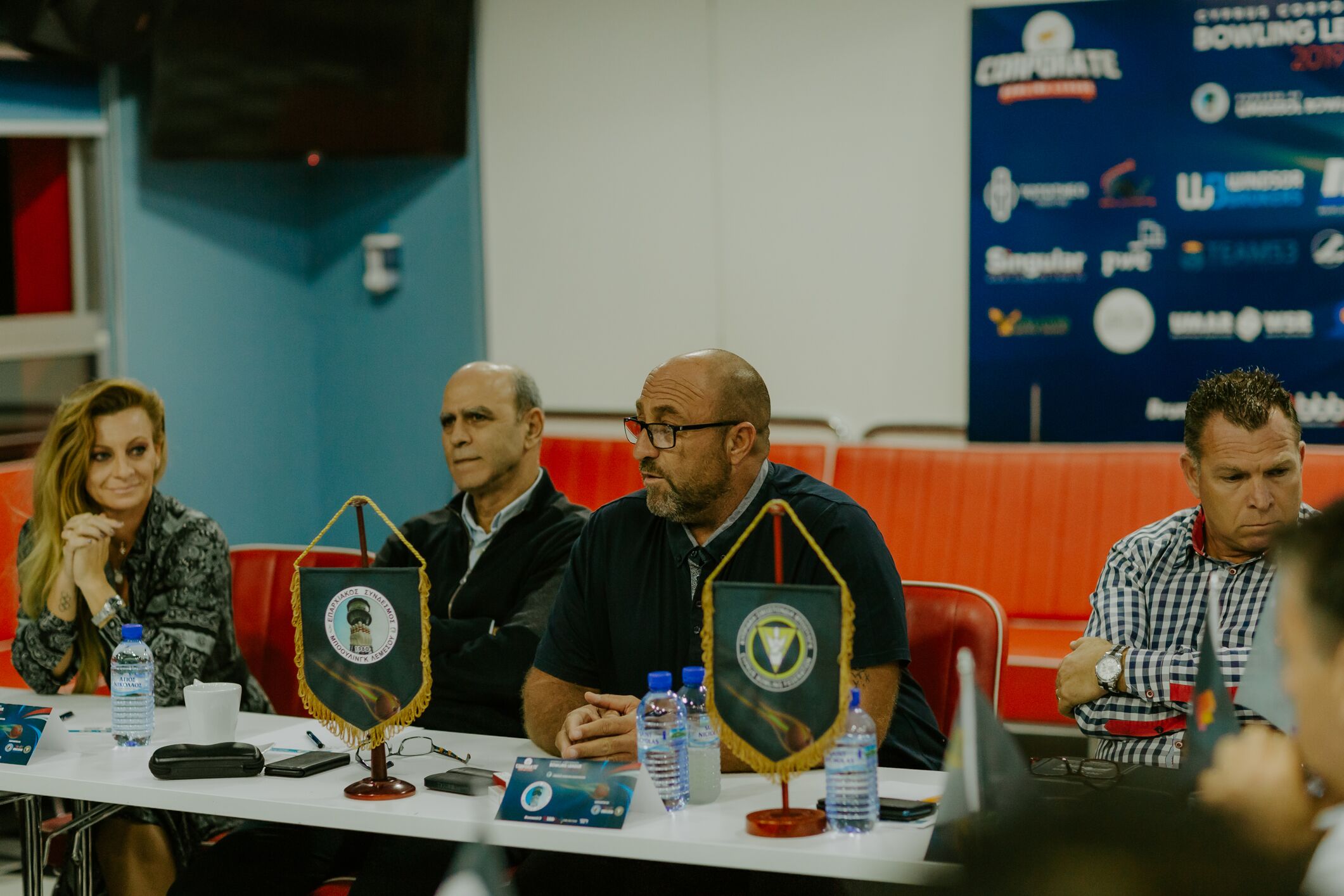 Limassol Bowling Association President Costas Kyriakou made his welcome speech and vice president of the CBF Phytos Neophytou wished good luck for the upcoming event. It was then time for others to welcome the teams including Cyprus Bowling Federation President and World Bowling Vice President Marios Nicolaides who thanked Loucas Evripidou for creating the league and the teams for trusting and participating in the sport of bowling.

This was followed by history of the Limassol Bowling Association and the Bowling Academies as well as the premier league and other LBA events and hello welcome note from the LBA Secretary Lefteris Evripidou.

Now it was time for the tournament manager to explain the format of the games and the rules and regulations of the league before starting the draw. After which Mr George Zachriades of Limassol TV presented the cups and announced a membership Card for each player that will give benefits in participating venues and services including the host centre Galactica and others.

Finally we had the presentation of the all new website launching soon by the creators Innovium Digital Limited  as well as announcement of other social media pages on Facebook and Instagram. 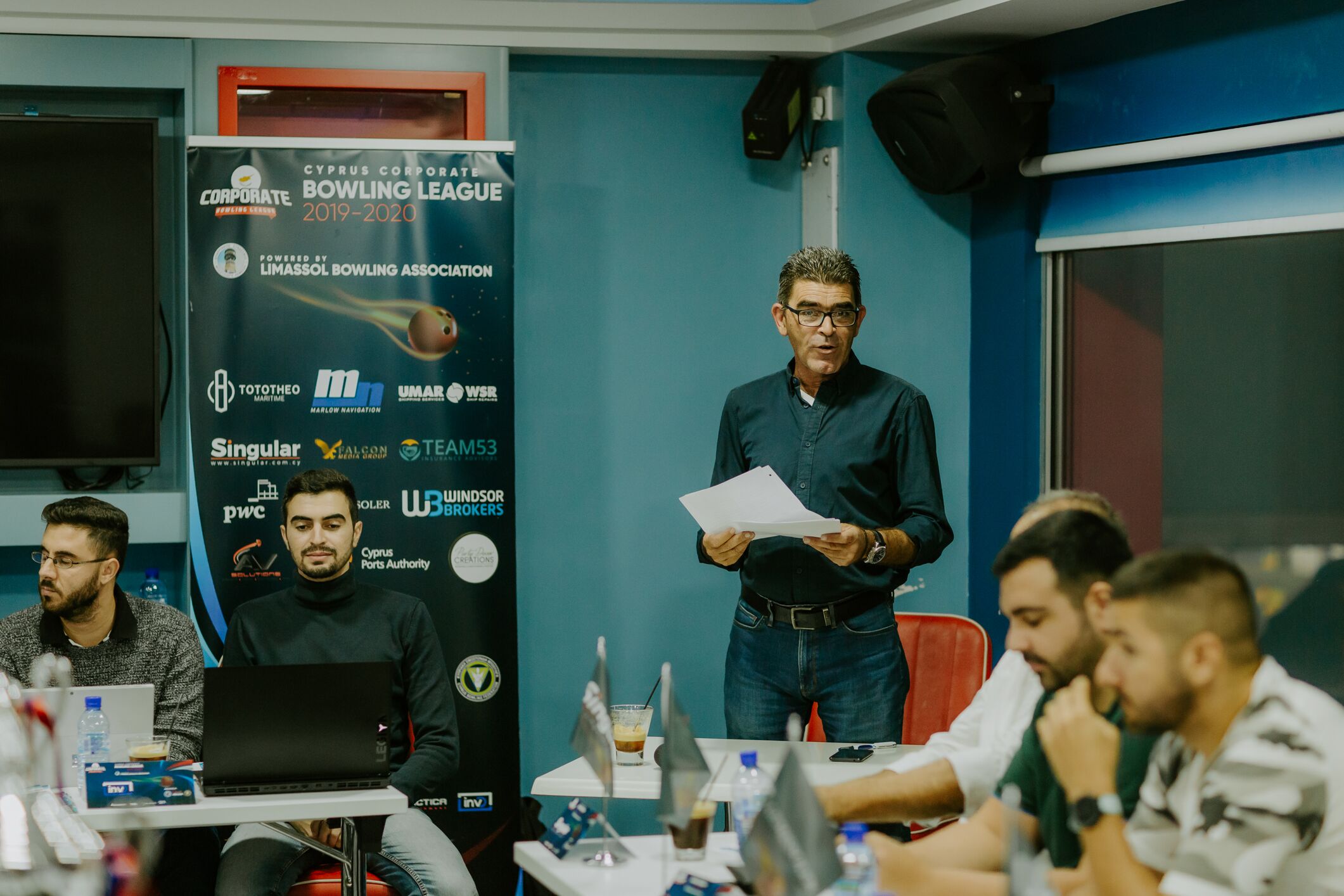 Loucas closed the meeting by thanking everyone and wish they would all love the sport of bowling the way he does himself and hoped they have a great bowling season and have fun.After which the guests relaxed and chatted with food and drink prepared by Galactica.

Details and Format of the League

Format of the Cup

Format of the Super Cup

It should be noted that the corporate champions as well as the 2nd team of the league 2019-2020 will have the option to be upgraded next year to the premier LBA league.