The World Championships are upon us in Hong Kong and England are out there with a talented and tight knit group of bowlers. There are past medals and wins for all of the six on the plane and representing their country again.

The cream of World bowling will be there and our men have a great chance at medals. 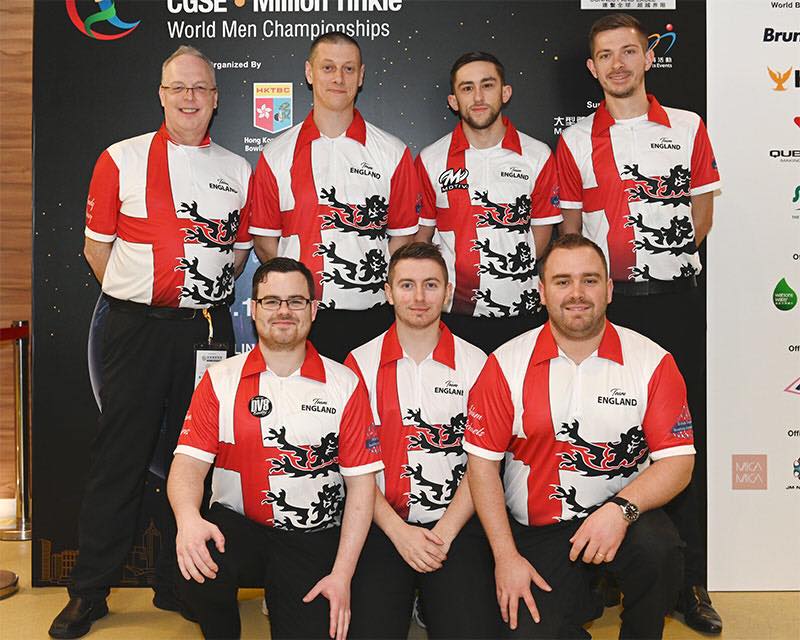 Before starting let’s consider this fact from the singles. While the USA and Andrew Anderson was light years ahead of the entire field with a 245 average, the PBA legend that is Chris Barnes placed 201st on a 178 average.

That said, England bowled well in the singles on what was a challenging condition with a low margin of error. Peter Stevenson was the MVP of the England players with a solid and hard fought 1274 for 21st place. Adam Michaels with only one game under 200 for another hard earned 1232 and in 46th place.

Only 80 pins separated the other England players with all of them close to catching the bigger scores and finding like a lot of other big name stars that this was not going to be a stroll in the park. Leon Devlin with a 198 average and Adam Cairns with a 196 does not exactly place them out of contention in the top 24 for the masters with many events still to play.

First up in the doubles were Adam Cairns and Hadley Morgan. A mixed bunch of games with a high from Adam with 235 in a block where neither seemed to be able to get going. Adam ending with 1140 and Hadley with 1099 and another example of close but not yet close enough.

Next up were Leon Devlin and Elliot Crosby and it was Leon who looked like he was beginning to master the difficult lanes getting better as the block progressed and starting to catch the leading pace. A 1206 looks like 1400 when each shot needs to be accurate and paced right and at this point Leon was only 116 pins off the top 24 for the masters event. Elliot showed that England never give up attitude as a shaky start got worse but he rallied to improve the scores to end with 1051.

The bright start from both Peter Stevenson and Adam Michaels was to be tested in the final block and as Chris Barnes was out there throwing a 137 the pair struggled to match the previous days highs. Peter again regained the yellow jersey for England MVP with 1127 and a high of 229. Adam started brightly and just hit one of those patterns where you needed to thread the eye of a needle to score big ending with 1072. When the Koreans take the block with a 214 average and just grab the top fourth place a 200 average does not look so bad.

With Peter Stevenson in 68th and Leon Devlin in 68th both were still within reach of the top 24 with a good trios and Team event.

It all seemed to click into place for Elliot Crosby in the first block of trios but not right away. A 184 first game was followed by a fine 278 and ended with 231 for 693 helping England 1 to 5th place in the block. An improved Hadley Morgan with 611 and 594 from Adam Cairns aided the cause. Each game better than the last to end with a 701 team game.

Not so easy in the second block of the day for the trio of Peter Stevenson, Adam Michaels and Leon Devlin. An 18th place 1667 will have been disappointing for the three higher averaging England stars at this championship. There would still be time though with three games still to go on Friday.

The England 1 trio of Elliot Crosby 613, Adam Cairns 618 and Hadley Morgan 602 looked more comfortable on the lanes and again the team got better with each game to end with 1833 and 12th overall with 3731. 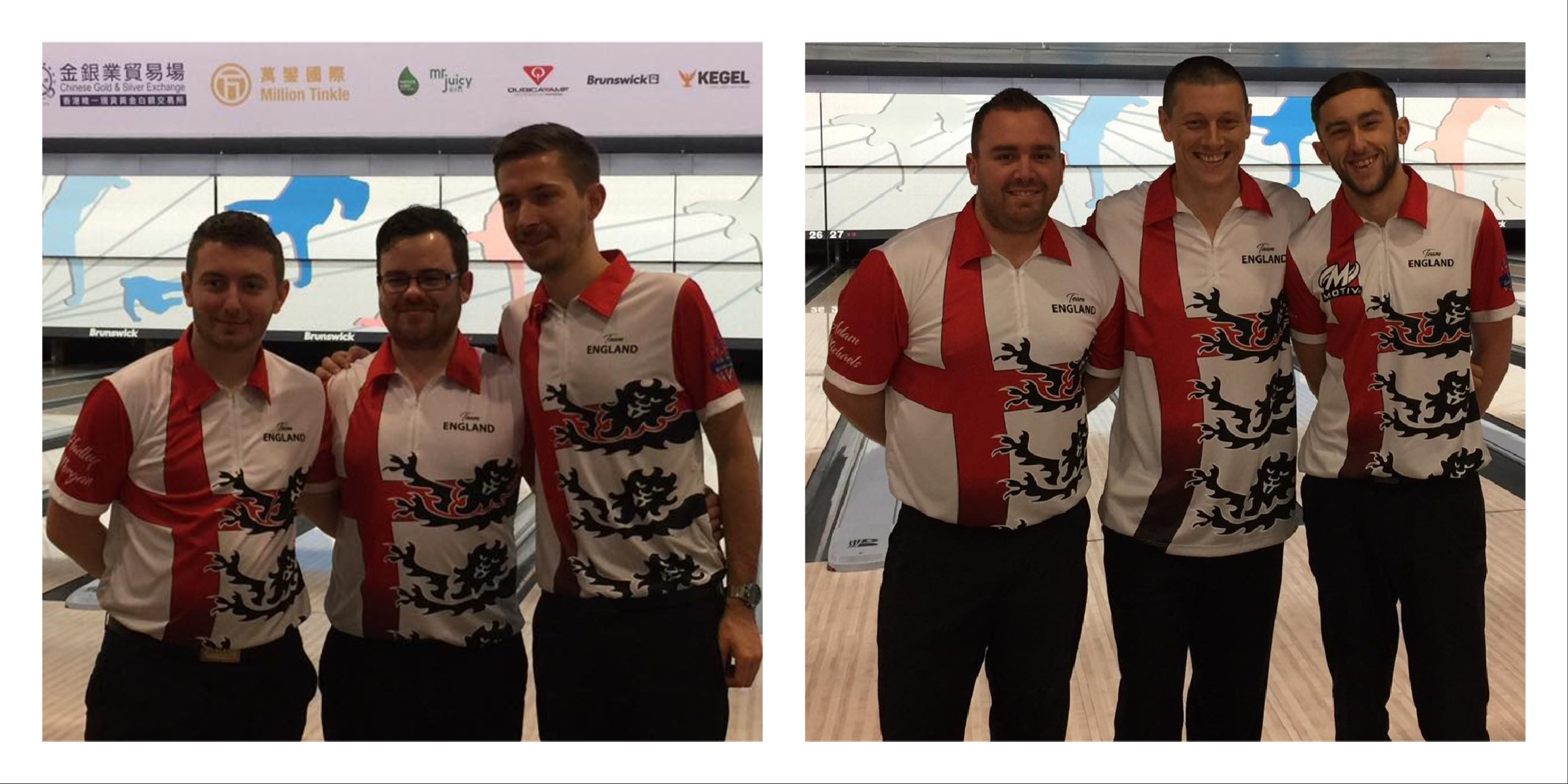 One thing that has been a theme for England in this championships is the ability to get better as each game passes in a block. While it is true the championship pattern has been very testing for even the best pro players, England have managed to work it out and get better in squads.

Hope in the second set of games was to be replaced with disappointment later but team games of 988, 991 and 1060 were just not enough in the end to catch a top four place for the finals with the team missing out by just 69 pins overall and placing in 8th.

Still a good performance in a centre that had all week made great players look average in scores. Stories coming from the venue of temperature changes in parts of the centre may have played a part in what seemed a lower scoring championships but there were those that worked out each lane to score the most at the end. While World Cup champion Sam Cooley shot 487 and Swede star Jesper Svensson hit 530 and great teams like Sweden and Malaysia lower down the standings, England put in a spirited fighting performance and no medals does not really tell the full story. 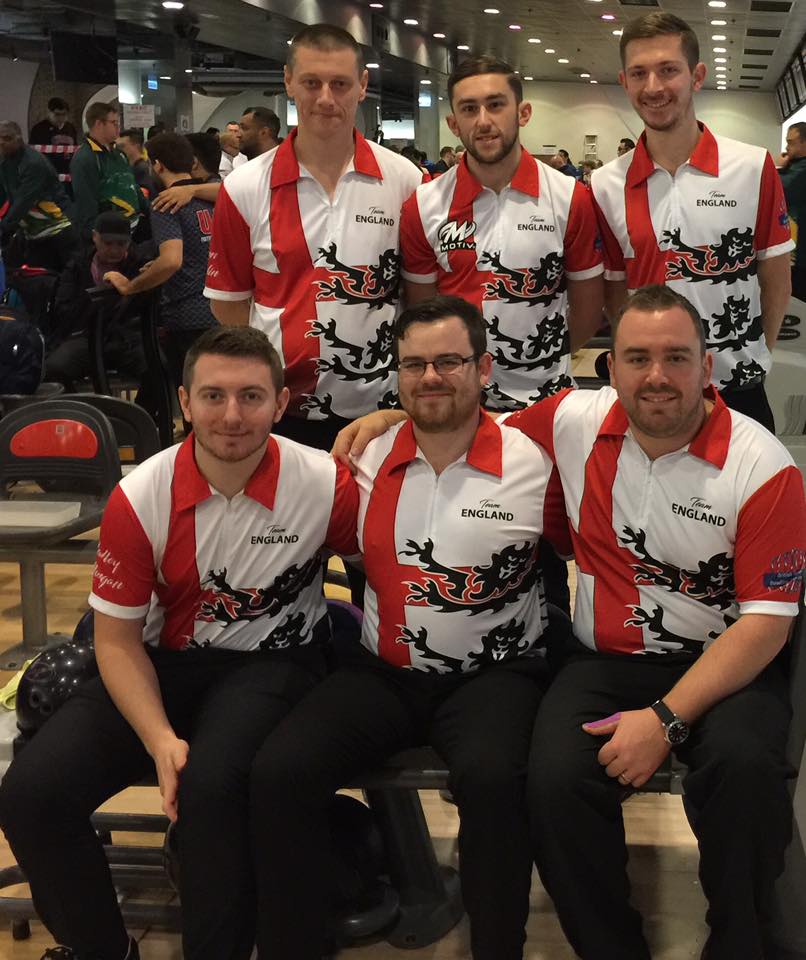 The final placings can be a distraction and the higher the place the worse you might think it was. Chris Barnes ended in 154th, Sam Cooley in 180th, Tore Torgersen in 127th and Jacob Butturff in 110th to put those places in context. It was a brutal week of lane conditions and transitions for the best in the World and not all were able to master or tame.

Player by player we saw positives in the events and overall. Adam Cairns got better as the championships progressed to end MVP for England. Elliot Crosby also moved up a gear after a shaky start to end strong and second in the England all events. Leon Devlin, Peter Stevenson, Hadley Morgan and Adam Michaels fought with every shot to find something and were never too far away from a feeling things would fall into place.

In the history books it adds no medals to the collection but what it did show was that the young England team had heart and great work ethics and in coaches Andy Penny and Brian Michael, two coaches that were able to stop the team losing faith in difficult conditions and together they put on a fighting performance right to the end in the team event.

Reasons to be cheerful for sure as this team and squad go forwards and maybe even our PBA and PWBA stars there in the future to help out?

Our interviews return with a UK top 20 female bowler of all time and still winning. Angie Brown won events as an adult but it is in the seniors she has become the greatest UK […]

This year’s World Championship is hosted in Hong Kong from November 23 to December 5, 2018. Live Scoring and Live Streaming Official Website – http://2018wmc.worldbowling.org/     Reports 278 players from 49 countries and the […]

The first of three trial was held at Stroud bowl at the beginning of June. Taking the top spots were Nicky Prout and Paul Cosgrove. Nicky hit 2210 with Ruth Molineaux in second with 2168 […]