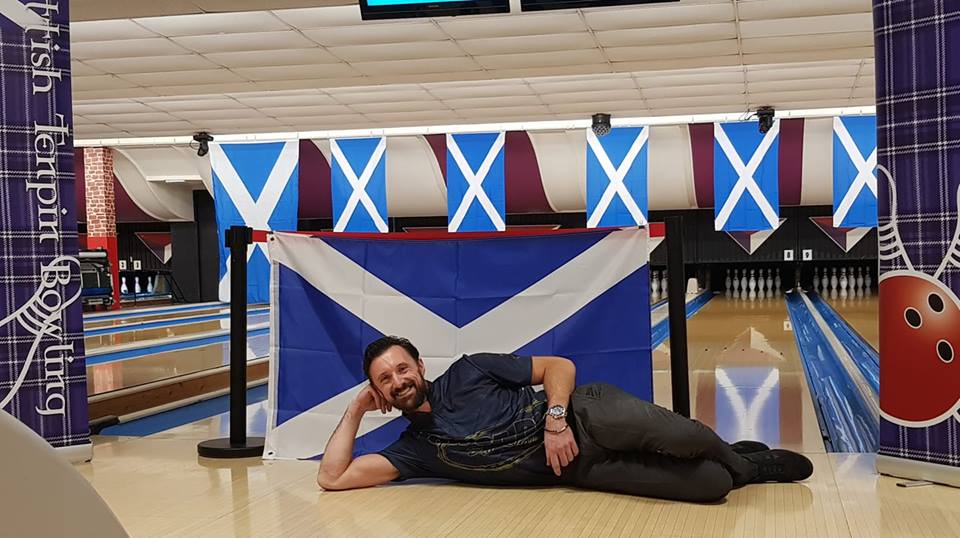 The cut for the Sunday finals fell on Scotland’s female World Cup entry this year Tania Yusaf with 1180.

Round 2 and just three games saw some good scores challenging at the top for the final five places and a chance to join the three seeds in the next round. Booking the top place was Scotsman Kenny Jamieson with 663 followed by fellow Scot Andrew McManus in second with 657 tied with Englishman Liam Fitzpatrick. Steven Gill advanced with 650 and taking the cut spot again was Tania Yusaf with 647 including ladies bonus.

The 2018 Scottish Open has come to an end, with Rob ‘The Machine’ Thurlby taking the title! In second place was Mark McQueen who made Rob fight to the very last frame. Full results will be uploaded shortly – A great weekend on what proved to be tough pattern for most! 🎳 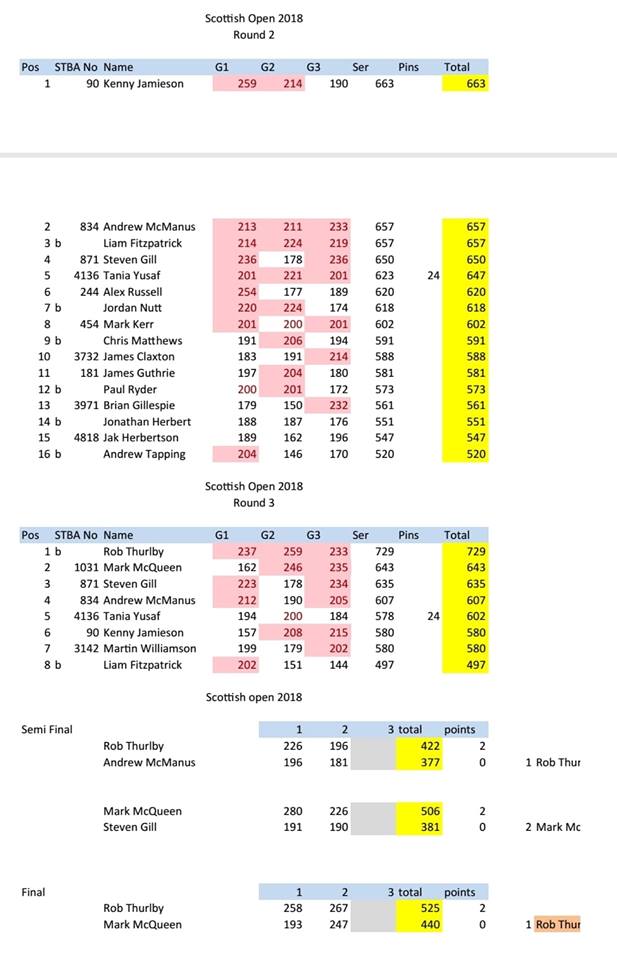 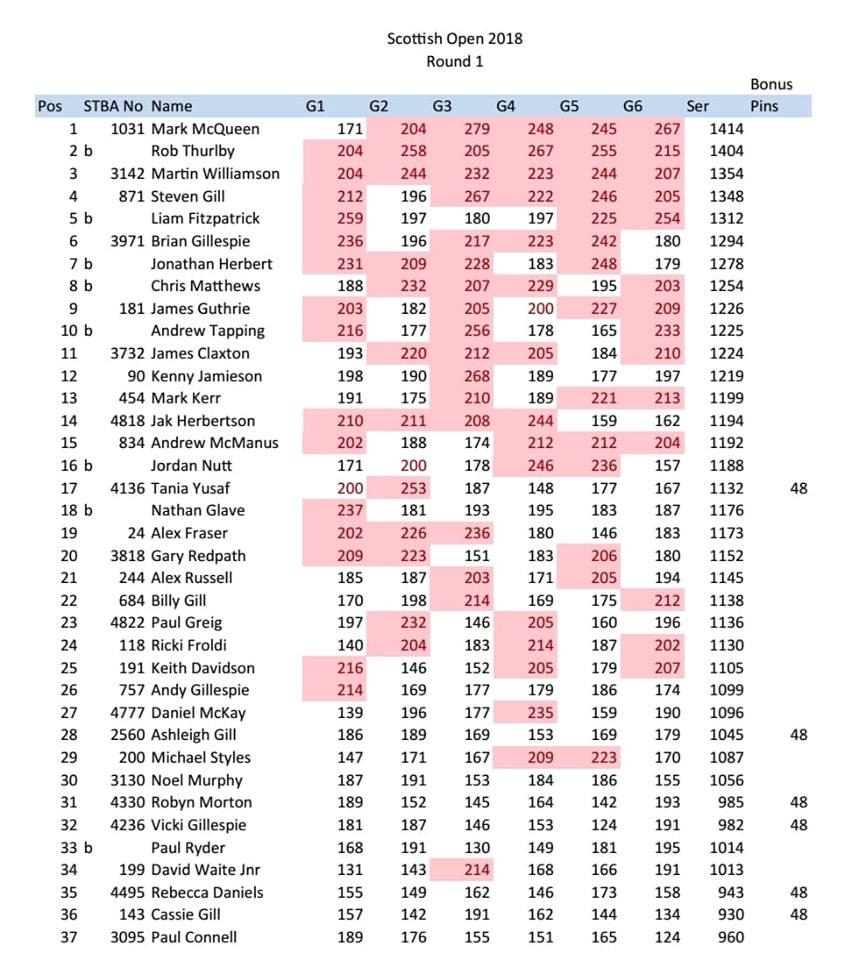 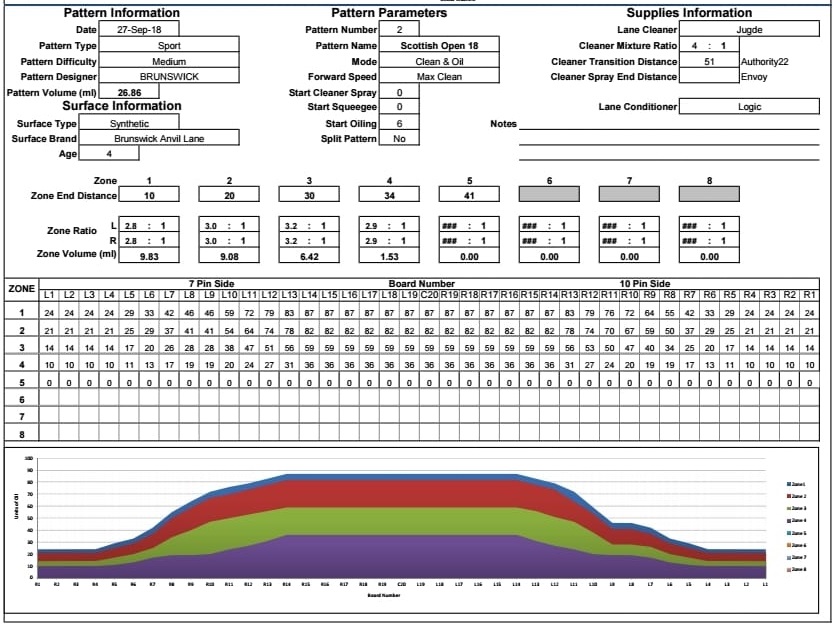 It was the late 80’s and finally the Scottish had their own Open championships at last. The first winner came in 1988 with Bruce Pearce taking the title. Over the years many amazing players have collected the title but England’s Wayne Greenall stands above allcomers with FIVE wins.

Missing dates do not mean there was no championship this year. If you can help fill in the gaps please let us know

Steven Gill became the 2019 Scottish Open Champion for a third time by defeating England’s Rob Thurlby is an exciting final. The Scottish Lefthander lost the first game but came back to win the next […]