The format for the tournament was a single qualifying block of 8 games, with unlimited re-entries. For those not able to qualify through the main leaderboard, there were additional opportunities through Turbo games and Scratch scores. Age bonus started at age 51 (1 pin per game), then increased a pin for every additional year of age with no limit. As with all ISBT events, there was a separate division for ladies.

The first two squads on Wednesday were led by Giorgio Desimio from Belgium with a good 1810 block with bonus, some way ahead of Dirk-Jan Vosselman from Netherlands with 1718. Farida Pascoal-Blom, also from the Netherlands was top lady with 1578. An unfortunate failure of the air-conditioning system made the bowl even hotter than usual.

The scoring on Thursday stepped down a notch, with no bowler managing to score over 1700 with bonus, nearest were Netherlands bowlers John Bosch with 1675 and Jelle Ijlst with 1637. The ladies were also struggling to score, Angie Brown from England being the only female over 1500 for the day, scoring 1537. Although the air-conditioning system was now repaired, many bowlers were struggling to find a consistent line to the pocket on what looked on paper to be a not too difficult pattern. Coupled with new Twister pins which didn’t want to fall over, achieving a good score was proving to be very difficult.

There three qualifying squads on Friday were all lead by English bowlers. In this first, Jan Hodge scored 1671 in the ladies’ section to finish eight pins higher than husband Keith. The second squad was taken by Frank Stander with 1684, with Kimberly Oakley top lady with 1577. The final squad of the day went to Lol Ellis with 1740, Bianca Völkl-Brandt from Germany was top lady, preventing a total English domination.

Saturday provided three last chances for players to gain qualification places. In the men’s division, the top four bowlers would miss the early final round on Sunday, providing an added incentive to improve scores. The top three places in the first squad all went to English bowlers, Jeff Taylor with 1699, Steven Jeeves with 1680, and Steve Carnell with 1650. In the ladies’ section, Germany led the way with Bianca Völkl-Brandt hitting 1617, ahead of Martina Beckel’s 1522.

In the second squad, nationalities were reversed, with German Hermann Wimmer leading the men’s section, and English bowlers Jan Hodge and Angie Brown leading the women’s division, although neither improved their earlier scores.

The final qualification squad was again led by English bowlers, with 87 year old Frank Stander posting 1822 with bonus, to win not only the squad, but also the qualification standings. Ron Oldfield was some distance behind with 1735. In the ladies’ section, Liliane Vintens from Belgium was top with 1511, while Lynne Walker from Wales just squeaked into the scratch qualification place shooting 1408.

After completion of qualifying, Frank Stander was top with 1822, ahead of Georgio Desimio, Lol Ellis and Ron Oldfield. These four would all miss the first finals round on Sunday. The cut for the top 32 fell at 1615 for Guus Cramer from the Netherlands, this being the lowest ISBT first round cut for many years.

The ladies’ qualification was led by Jan Hodge with 1671, ahead of Biance Völkl-Brandt and Farida Pascoal-Blom. Again, the cut for the final rounds at 1458 for Nel Tel-Kelder from the Netherlands was exceptionally low.

Very early on Sunday morning, men qualifiers 5 to 31, plus the three Turbo and two Scratch qualifiers bowled four games, with only the top 16 progressing to the semi-final. This was won by Germans Hermann Wimmer with 883, ahead of Berny Stockl.

The semi-finals for both the men and ladies followed on. In the men’s division, Frank Stander again led the way with 921, almost 50 pins ahead of Keith Hodge. Only the top eight would make the round robin final, this place going to John Bosch with 807. Martina Beckel suddenly found scoring form, and won the round with 848, ahead of Nel Tel-Kelder. The cut for eighth place was very close, with Lynne Walker needing to spare in her final frame to advance to the final. The ball just failed to convert the spare, allowing Jan Hodge to qualify with 706.

Both finals were played in round-robin format, with 30 pins for a win, and 50% of the pinfall from the previous round being carried through. After three games, Frank Stander had opened his lead up to 125 pins, ahead of Robert Bruce from Wales. Although the remainder of the field tried to catch him, they couldn’t, and Frank Stander had an easy victory, finishing 150 pins clear of the field to win his first ISBT title, and at the age of 87 also become the oldest ever winner. Second place went to Hermann Wimmer, with Keith Hodge finishing third.

In the ladies’ final Kimberley Oakley took an early lead, but was pegged back by Angie Brown. After four games, Kimberley Oakley had a nine pin lead over Angie Brown, and in the next match they played each other in what looked like a decisive match. Kimberly Oakley won the match, and then cruised to the overall win, retaining her title from 2017. Bianca Völkl-Brand had a good finish to end up second, ahead of Angie Brown.

The next stop on the tour is the Paris Senior Open, which will be held at La Factory in Mossey le Neuf, France. The tournament runs from the 15th to 19th August 2018. Full details are available at the ISBT web site, http://www.isbtbowlingtour.eu/ 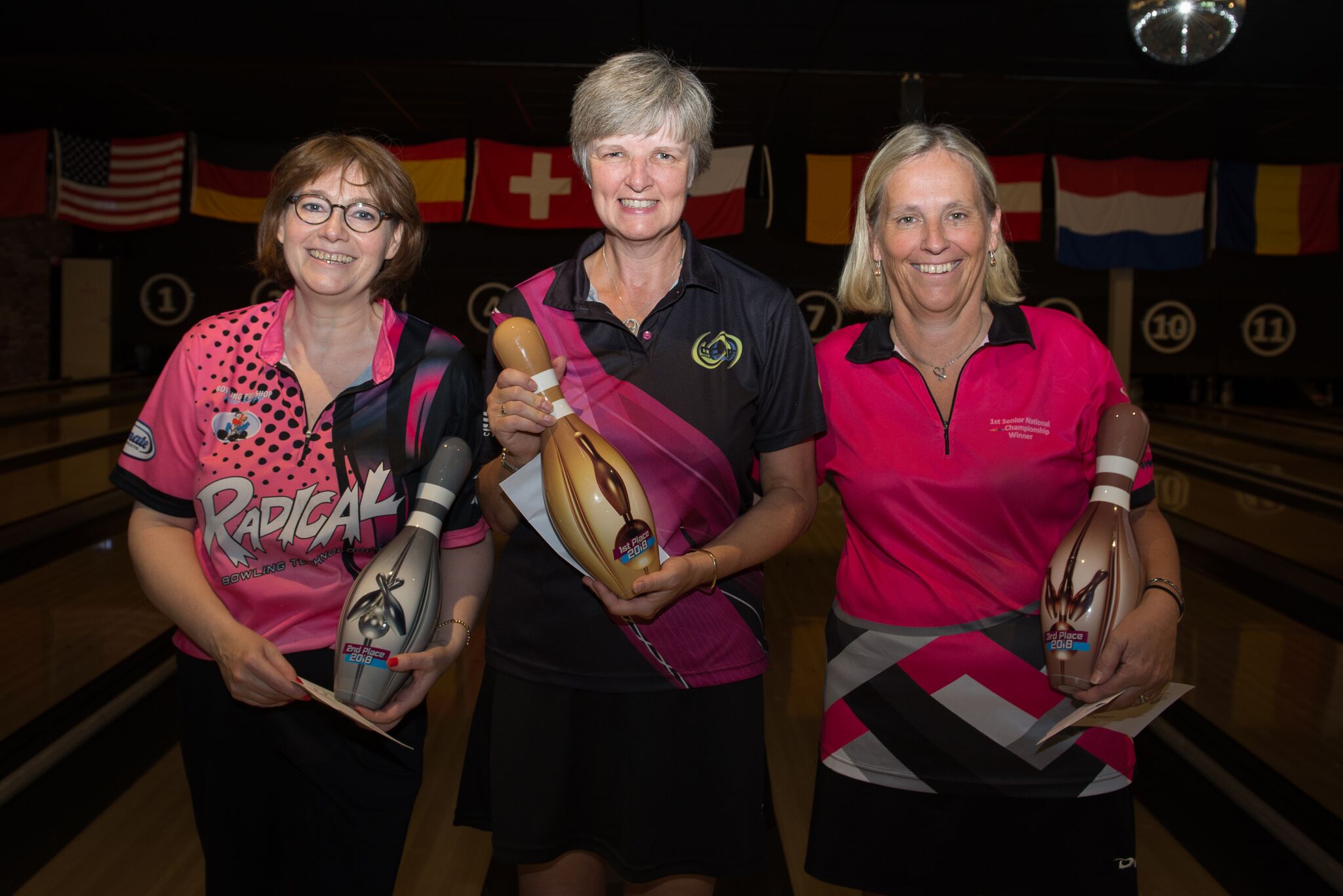 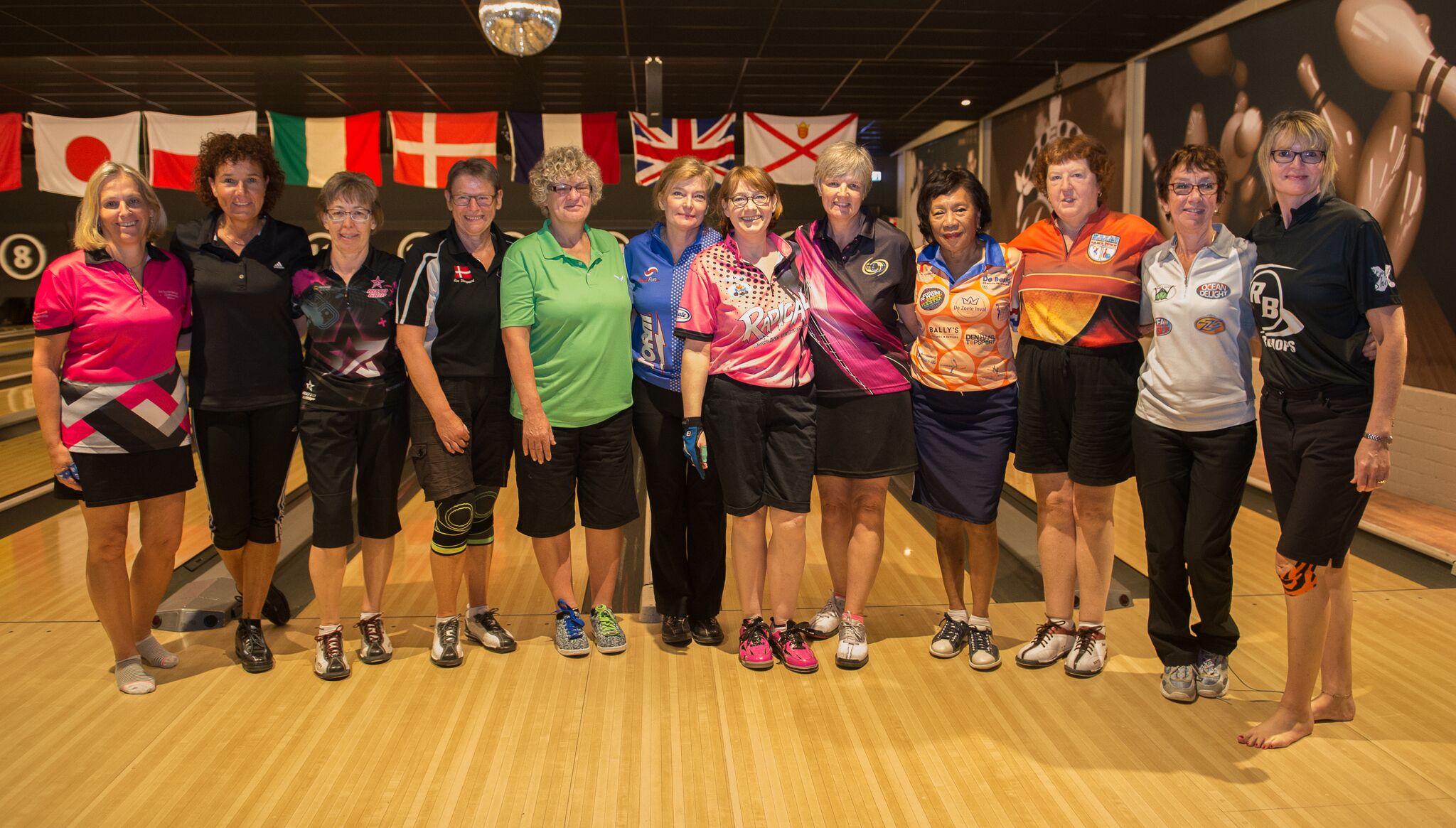 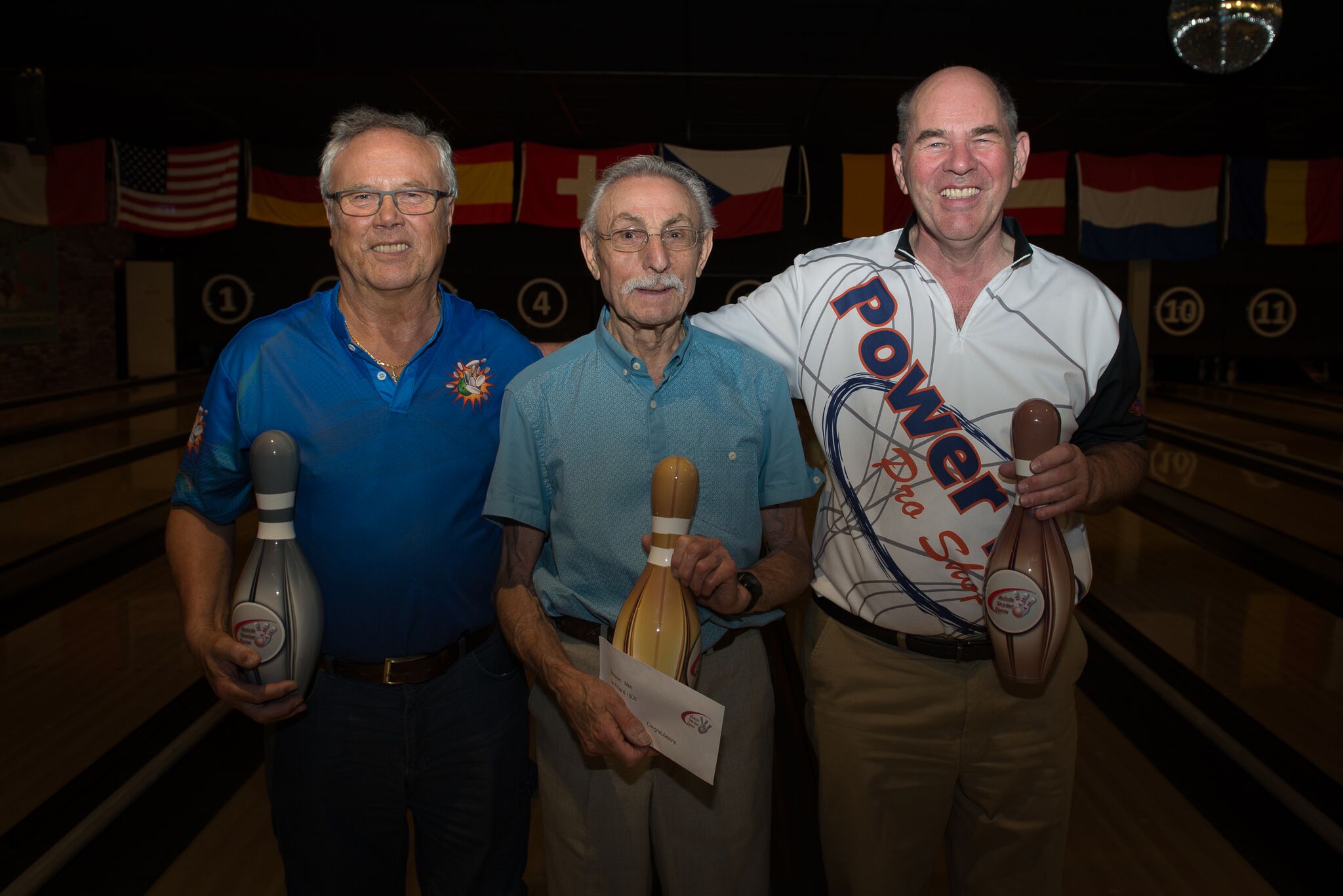 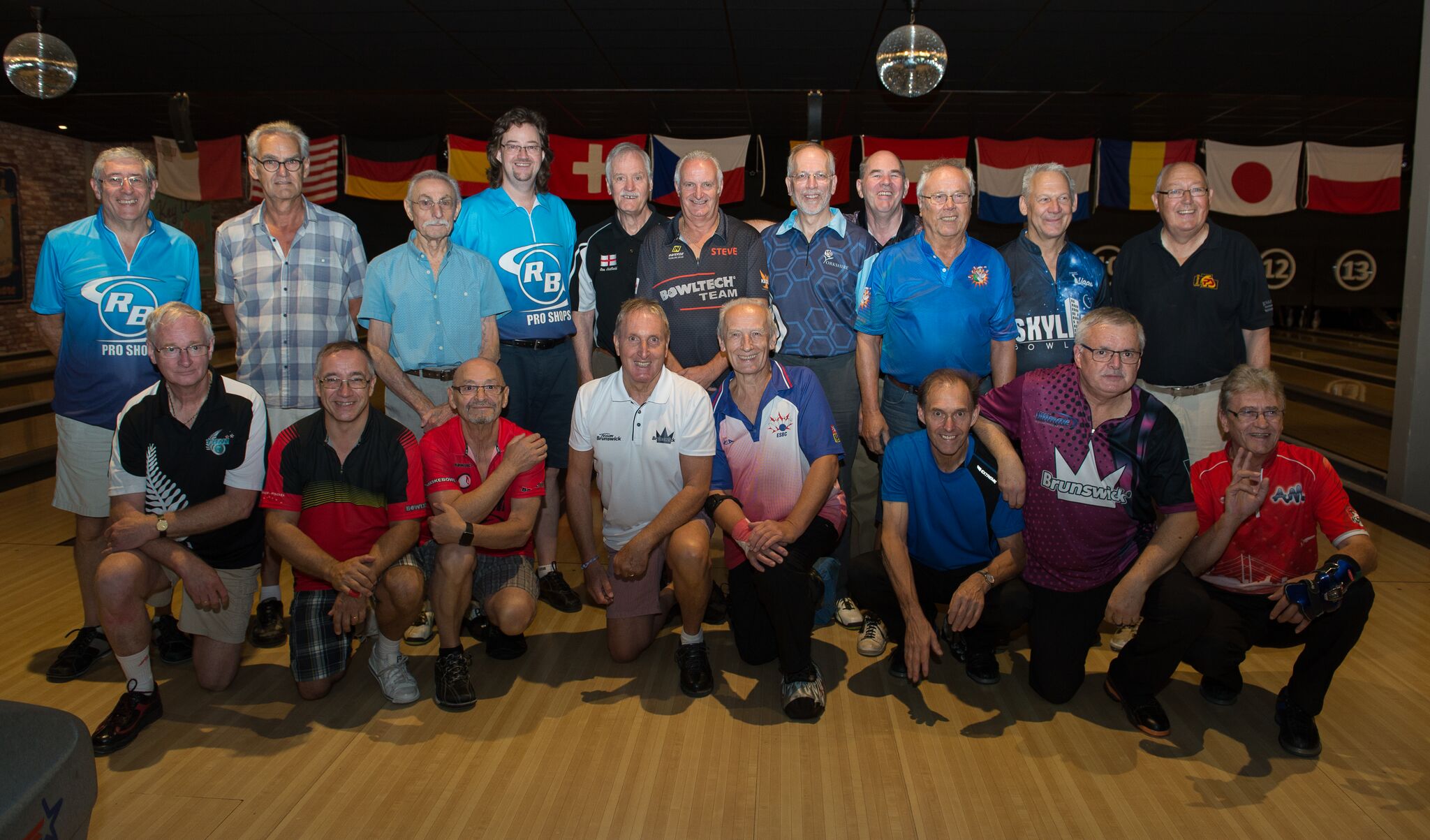 All Photos thanks to Bettina Lund

Champions: Jan Hodge and Ron Oldfield The eleventh stop on the 2018 ISBT tour was a return to the popular venue of Euro Bowling in Deurne, Belgium, which attracted an entry of 67 men and […]