The BTBA have joined forces with the UK Tenpin Hall of Fame and are currently in the process of recovering past results from the start of the sport on our shores. The massive undertaking continues work by the Hall of Fame committee collecting media to build a history for all to enjoy. Work also continues on the UK Tenpin Timeline which now has over 190 entries detailing important dates from History.

As lists are compiled they will be released and help will be needed to complete, Details on how the bowling community can help will be published soon.

We start with a release of medals won in the Commonwealth Games and Championships by Home nation teams.

Ten-pin bowling was featured in the Commonwealth Games official programme in 1998 in Malaysia. England won two medals with Gemma Burden and Pauline Buck taking Doubles Bronze with Pauling taking a Silver with Richard Hood in the Mixed Doubles. 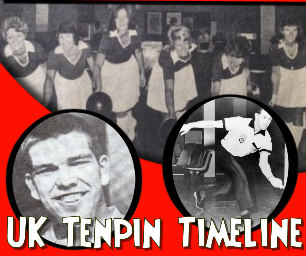 The introduction of tenpin bowling into Great Britain was more than just the launching of a new pastime. It represented a new development in the use of leisure, for there was a sport which depended not on a small band of highley trained experts performing for the entertainment of a mass of spectators, but a socially desirable sport in which people of both sexes and all ages could take part.

Andy Penny, one of the World’s top 100 coaches, has agreed to lead the BTBA coaching team. Andy brings with some with very ambitious plans. The existing ETBF courses will continue to be one of […]