Meg Coombs/Shaw/Jordache, Kimberley Melchonne/Coote/Oakley and Phil Scammell are now all inducted into the UK Tenpin Hall of Fame, which is kindly sponsored by Storm Products, Inc., through their UK distributors, Bowltech UK.

This past week finally saw three more legends of bowling on our shores inducted into the UK Tenpin Hall of Fame. Last week during the Weber Cup Meg Shaw/Jordache and Phil Scammell were presented with their awards by the Weber Cup Captains Dom Barrett and Sean Rash with Bill Supper representing sponsors Storm Products and Hall of Fame president David Grainger.

Meg is sadly no longer with us and her award was accepted by husband Aydin Jordache.

One week later we were able to complete our inductions as Kimberley Oakley was presented with her award by BTBA chairman Ron Griffin at the European Senior tour event at Stroud. 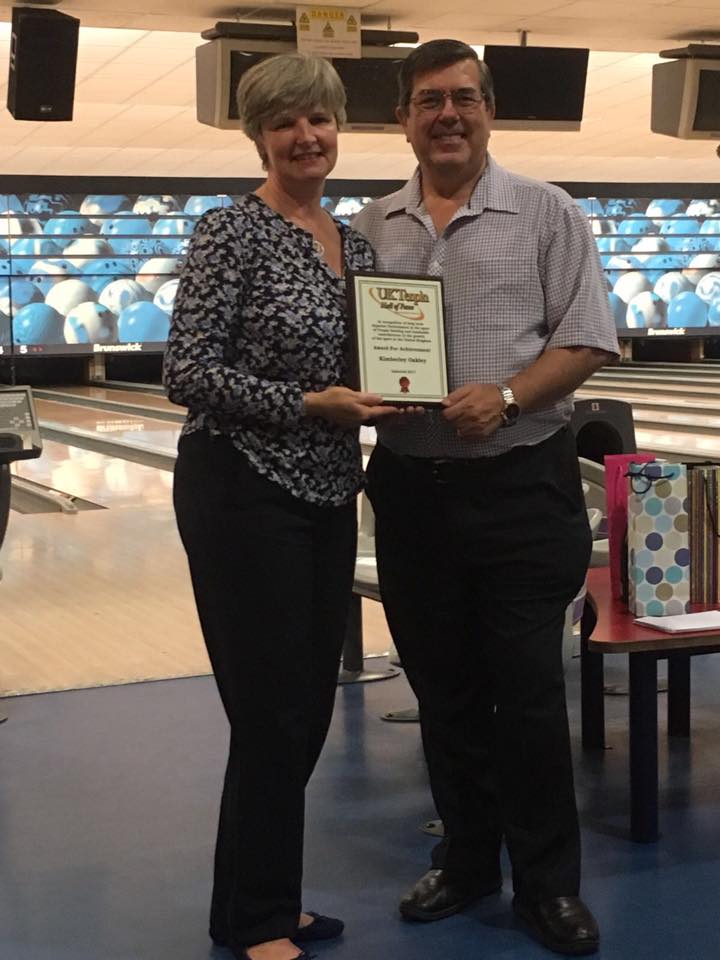 Frances Da Costa, or Fran Dee as she is known to the world of Junior Bowling was inducted in the Distinguished Services division of the UK Tenpin Hall of Fame sponsored by the Tenpin Bowling Proprietors Association. Fran was given her award at the best place possible, the NAYBC Junior Nationals held at Go Bowling, Dunstable earlier in the year where she was presented by NAYBC Chairman Martyn Wenger. 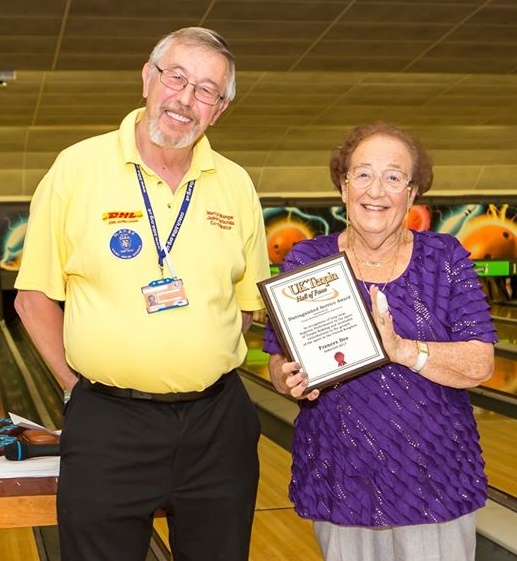 Nominations were made by each of the ten members of the UK Tenpin Hall of Fame committee and a list was drawn up. The Committee then had access to researched details on each player and a ballot was held to find the final Male, Female and industry names to be inducted in 2017.

After the ballot, we saw a tie on the ladies and both were inducted. The players selected were chosen for their achievements in World, European and Domestic tournaments and for additional honours like World Bowler of the Year and induction into the World Bowling Writers Hall of Fame.

As well as the players being celebrated and honoured an industry award for distinguished service was again selected. Since the sport arrived on our shores special individuals all over the United Kingdom have dedicated their time to improving the game and working tirelessly to make the sport better for everyone. From BTBA, YBC officials to tournament organizers these people are the backbone of our sport and make it possible for bowlers to reach for the stars.

So here is a brief run down of the 2017 inductees

Frances Da Costa, or Fran Dee as she is known to the world of Junior Bowling, first joined a league in 1970 in Hounslow. Starting and running Junior leagues at Hounslow and Airport bowl. she became the President of the league. She went to her first Junior Nationals in 1972 and has attended every year ever since. 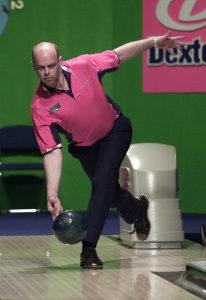 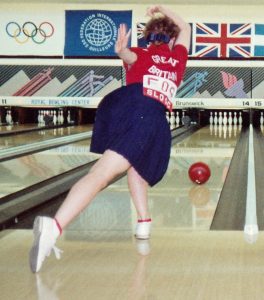 *Due to incomplete UK records we are unable to add every win.

Frances Da Costa, or Fran Dee as she is known to the world of Junior Bowling was inducted in the Distinguished Services division of the UK Tenpin Hall of Fame sponsored by the Tenpin Bowling […]

Next Sunday 18th June, see’s Poole hold the 31st Jim Brewer Memorial event, which is a BTBA Adult Tour Event. ** revision to the entry form – there is now only 1 squad. So Sunday […]

Delegates from throughout the country elected Martin Webster as their new BTBA Chairperson for a tenure of two years at the BTBA AGM in Luton on Saturday 26th May 2018, taking over from Ron Griffin. […]