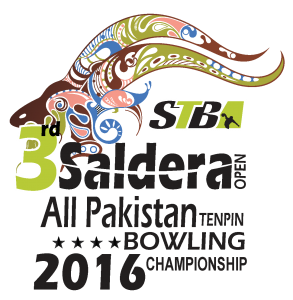 Over 150 Male & Female Bowlers played the Finals of 3rd Saldera Open Tenpin Bowling Championship 2016 that was organized by the Sindh Tenpin Bowling Association on 9th to 18th December 2016 at the Royal Rodale Club, DHA, Karachi. The Championship lasted for 10 days with participants in    Masters, Open / Graded Singles, Women’s, Under 24, Under 12, NOVICE/Beginners, Doubles & Team Event & Inter-Media categories with Participants from Japan, Malaysia, Peshawar, Islamabad & Karachi. Majority of young players took part actively in NOVICE, Under 12 & Under 24 category. The championship marked a noteworthy effort to enhance the performances of players in National Ranking Event and it received healthy appreciation from the players that resulted in record participation. 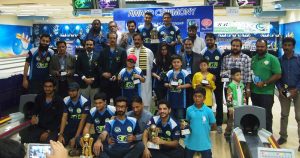 The event acknowledged the emerging world class talent “Ahmer Abbas Saldera”, titled with ‘Saldera’, an amazing 19-year-old talented player who scored a Perfect Game of 300 three  times in the History of Pakistan Bowling and currently leading the chart in Pakistan amongst Master and experienced players. 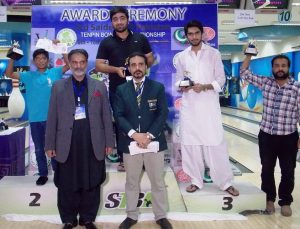 WOMEN’S SINGLES: Janet Shaikh lead the Women Category with the average of 162 Average Score and received 10,000 Cash Award along with Winning Trophy, Ayesha Abbas Saldera was the runners-up with average 135 Average and received Rs.5,000 cash prize with a Runners up Trophies . Noor Haironi from malaysia secured 3rd position with 128 Avg received 2,500 rupees and trophies.

The Tournament was honored with gracious presence of Ahmed Abbas Khan – Chairman Organizing Committee. The event was formally inaugurated by him rolling the Bowling Ball. Since the inception, STBA has shown a significant performance […]