Running from the 28th of April to 8th of May, The Kivelos Athens Open is being held in the 14 lane Cosmos Bowling Centre in Athens, Greece with a prizefund of 10,000 Euro.

A fantastic entry of over 200 bowlers on the Athens lanes and a few international guests in town due to Mediterranean Bowling Championships being held in the city a few days ago and a host of top Greek bowlers. Leading the field into the finals was Spain’s Paco Rodriguez who rolled a perfect game and fine 1512 (252) to advance to final step 3.

Joining him in second place, Evaggelos Krizinis from Greece with 1387. Special mention to Malta’s young star Kayden Lagana qualifying in 6th place with a 220 average and joined by Malta superstar Sue Abela in 11th.

Top 12 from 20 this time over three games and this time it was Greek International Georgios Stefanidis with 735 (245) leading the way. A top three for Greece as Thomas Aggelakis was second with 691 and third to Alexandros Kopsialis with 669. the cut falling on Stavros Parasakis from Greece with 611.

From eight down to just four for the semi final and making it through were Taylor Williams from Ireland defeating Stavros Parasakis 474-382, Nati Volpert beating Nikolaos Mpoufesis 425-350. Other through were Spain’s Michael Piccari beating Georgios Stafanidis 459-414 and finally in all all Greek match up Ioannis Stathatos beating Tomas Aggelakis 444-334.

From Four to just two and the two through were Taylor Williams and Nati Volpert. Tayler beating Piccari from Spain 462-39 and Israel’s Vorlpert beating Stathatos from Greece 401-381.

Would it be Israel or Ireland? Well after the first game it was looking like Nati Volpert with a 236 as the young 17 year old Irish two hander hit 215. This was two games total pinfall so still time to turn it around. Game two was tight but Taylor giving it his all and a 7-10 split in the seventh did not help the cause. Back with strikes this one went to the wire and a strike in the tenth for Nati Volpert and fists in the air and the win. 227-225 and 463-440 overall. 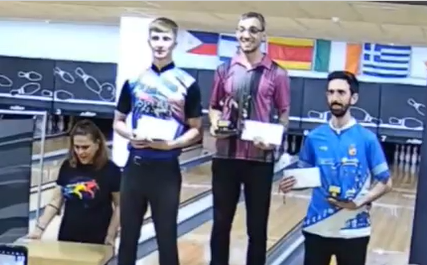 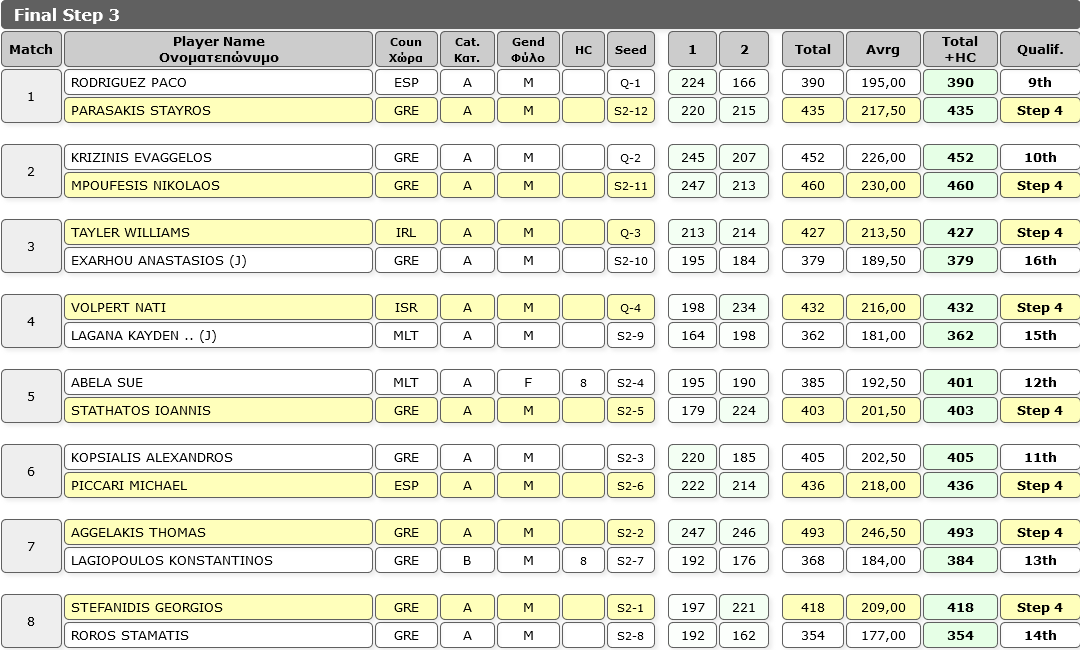 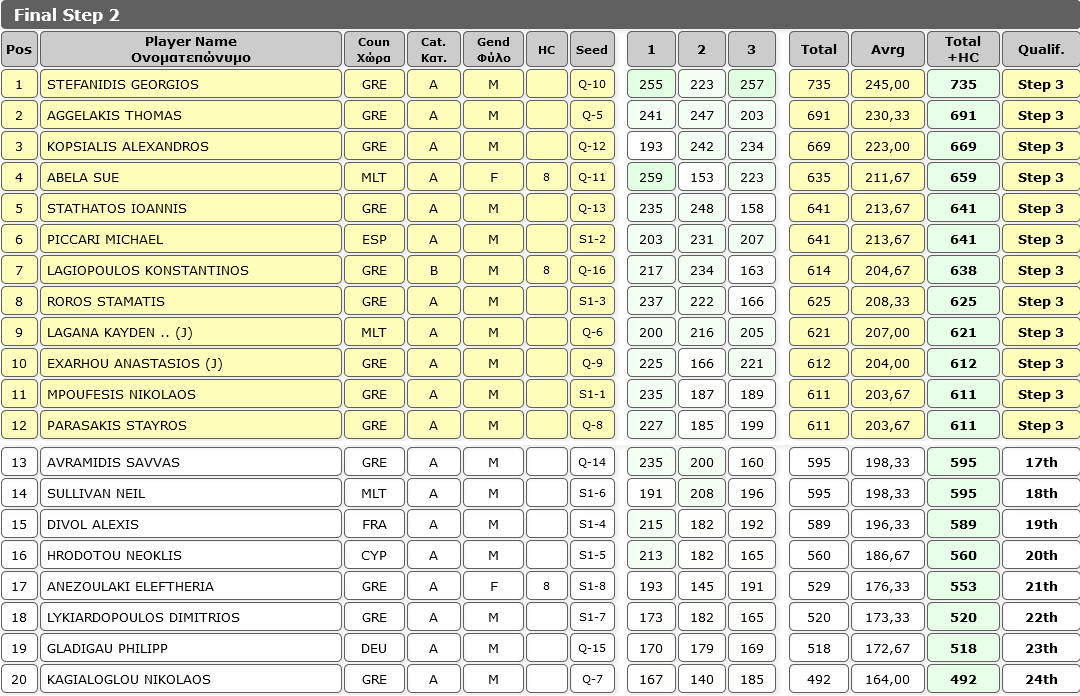 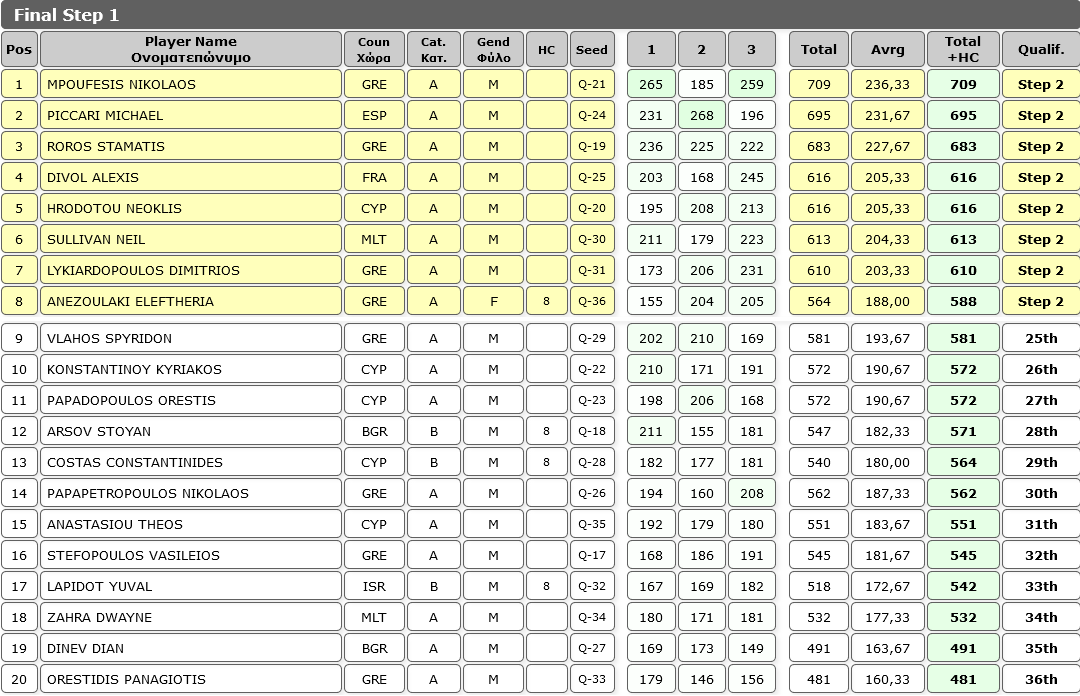