ARLINGTON, Texas – The United States Bowling Congress is aware of a claim that a portion of the Purple Hammer bowling balls manufactured at the Ebonite International plant in 2016 and 2017 may have been produced below USBC’s minimum 72D hardness specification. The Hammer brand was purchased by Brunswick Bowling Products in 2019, and the Ebonite plant subsequently closed.

USBC conducted an investigation, interviewing more than a dozen individuals, including former Ebonite employees, in an attempt to validate the claim. Brunswick fully cooperated with the investigation.

USBC has confirmed a production change with the Purple Hammer took place in 2017 that resulted in the raising of the hardness of the ball from its original 2016 approval level just over 72D to about 74D. This production change was fully compliant with USBC equipment specification requirements.

The findings of USBC’s investigation are inconclusive. However, the credible first-hand accounts describing the potential for an unknown number of Purple Hammer balls to be produced out of specification in 2016 and 2017 is concerning.

Therefore, effective immediately, USBC is instituting a tournament rule at all USBC national tournaments prohibiting Purple Hammers manufactured in 2016 and 2017 from being used in these competitions. The tournament rule reads:

Purple Hammer bowling balls manufactured during 2016 or 2017 (identified by serial numbers that start with either a “6” or “7”) are prohibited for use.

USBC has shared this national tournament rule with Hammer’s current owner, Brunswick, and has Brunswick’s support. Brunswick will offer owners of 2016 or 2017 Purple Hammers the option to exchange their balls for a new Purple Hammer that can be used in all tournaments or a product of their choice. This can be done on-site at the 2022 USBC Open Championships or USBC Women’s Championships, or by contacting Brunswick at: consumerproducts@brunswickbowling.com or 800-937-2695.

The Purple Hammer, including the 2016 and 2017 models, remain USBC approved. USBC’s equipment specification manual allows for revocation of ball approval when balls at the time of manufacture demonstrate non-compliance to specification. USBC has no such evidence and is unable to locate enough blank balls from 2016 and 2017 to conduct conclusive testing.

Each USBC competition, whether tournament or league, has the option to adopt USBC’s national tournament rule on the Purple Hammer or other rules related to equipment restrictions. 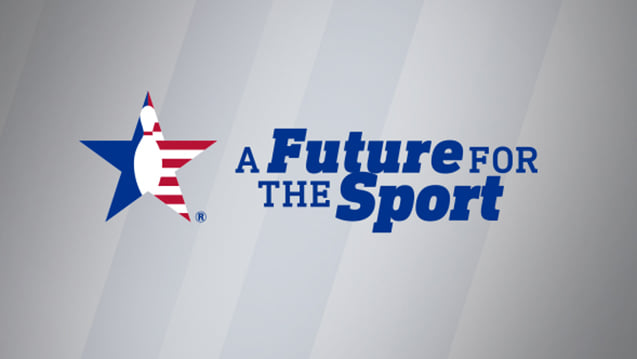 Founded in 1895, today USBC and its 1,519 state and local associations proudly serve more than a million members. USBC is headquartered in Arlington, Texas, working toward a future for the sport. The online home for USBC is BOWL.com.

USBC, BPAA and Strike Ten focused on getting bowlers back to the lanes

ARLINGTON, Texas – While the steps might be slow and calculated, local and state governments are easing COVID-19 restrictions and allowing people to return to many of the places and activities they enjoy. As business […]

ARLINGTON, Texas – The start of a new year offers a perfect opportunity for a clean slate, redirection and personal transformation, and all of that will be true for Bowlers Journal International magazine, which has […]

ARLINGTON, Texas – Being part of the Team USA program is a family tradition for Brandon Biondo of Carpentersville, Illinois, and he hopes to add to the Biondo legacy next week when he makes his […]