As we know it now, the QubicaAMF Bowling World Cup which is heading for its 53rd edition in Hermosillo, Mexico in November, began life at the renowned Stillorgan Bowl in Dublin in 1965 as the International Masters and kept that moniker for the first four years of its illustrious life.

The event was the brainchild of American Vic Kalman,, who became AMF’s European promotions director. The idea was discussed with our own Jock Caie, then working for AMF International Ltd. at their office in Saville Row, London in bowling promotions. Kalman evidently had a friend who was a member of Coca-Cola’s European sales force, who told him that he was looking to sponsor a strong European event and agreed to go ahead with the tournament in Dublin.

Stillorgan Bowl was the first centre to open in Ireland and, at that time, had twenty four lanes and run by the Murphy clan, a family to become so well-known in the bowling fraternity. 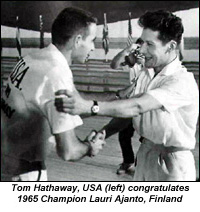 The inaugural event attracted an entry of champions from 20 nations, including the United States and Australia, the American Tom Hathaway, then American Bowling Congress all-events champion, firmly the Irish bookmaker’s favourite. However, it was Finland’s Lauri Ajanto who pipped the American in the final frame of the three-day event to become champion. Italy’s Vittorio Novelotto took third place. As for the British effort, it was Southampton’s Clive Thomas who had the honour of representing Great Britain and he finished in 13th place.

The Masters attracted good media interest, both locally and internationally. Bowlers Journal’s Mort Luby traveled over from Chicago for his first of more than 30 World Cups and Reuters sent Birmingham’s Barry James, covering just a few more than Luby.

Happy faces all round as the International Masters had planted a firm foot on the tenpin bowling ground and had been declared a huge success. 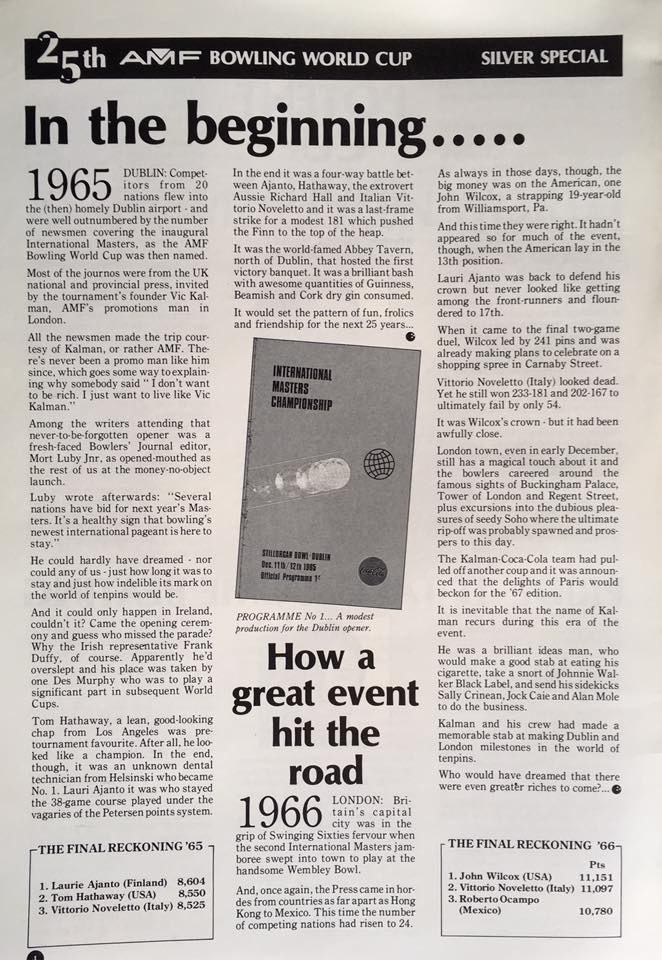 Since the first event in 1965, winning AMF’s Bowling World Cup title has been the most coveted goal in amateur bowling. Whether held in the shadows of the Great Pyramids in or under the bright lights of , each tournament has provided unforgettable moments from competition that has spanned five decades.  Browse the archives to discover or revisit these moments, competitors, and the great champions that have made up the rich history of AMF’s Bowling World Cup.

When we start bowling, it is not always on full size lanes. For some people their first experience of throwing a ball down a lane is on mini bowling. It can be true with “big” […]

May 13, 2020 (Mechanicsville, VA) – QubicaAMF Worldwide (QubicaAMF), the largest bowling products company in the world, is happy to announce the release of a Marketing Kit for centers to use as they begin to […]