Held at the 14 lane King’s Bowl on the rock of Gibraltar this event is one of Europe’s hidden gems. Great prize fund and plenty to play for including seniors, open and doubles makes it a must for a growing number of bowlers. Winners include, Rob Thurlby, Steven Jeeves, Lol Ellis, Angie Brown and Sue Abela.

The seniors were up and running on Monday and an early leader from England as former senior champion Steven Jeeves hit 1264 with bonus ahead of Scotland’s Andy Gillespie with 1260 and England’s Cliff Dew third with 1238. Top lady and defending champion Sue Abela from Malta in fourth with 1234.

Onto day two and early doors we saw a challenge to the top with Dave Rawding on 1286 with bonus into second place and Steve Carnall with 1285 into third. Later in the day the legend that is Norway’s Tore Torgersen breezed in with 1422 to lead and the win.

The open singles was underway on Wednesday and former England international Lee Cocker leading the way with 1382 followed by Lee Brown with 1358 and Daniel Davies third with 1196.

Scores thanks to Thomas and Colin Grose 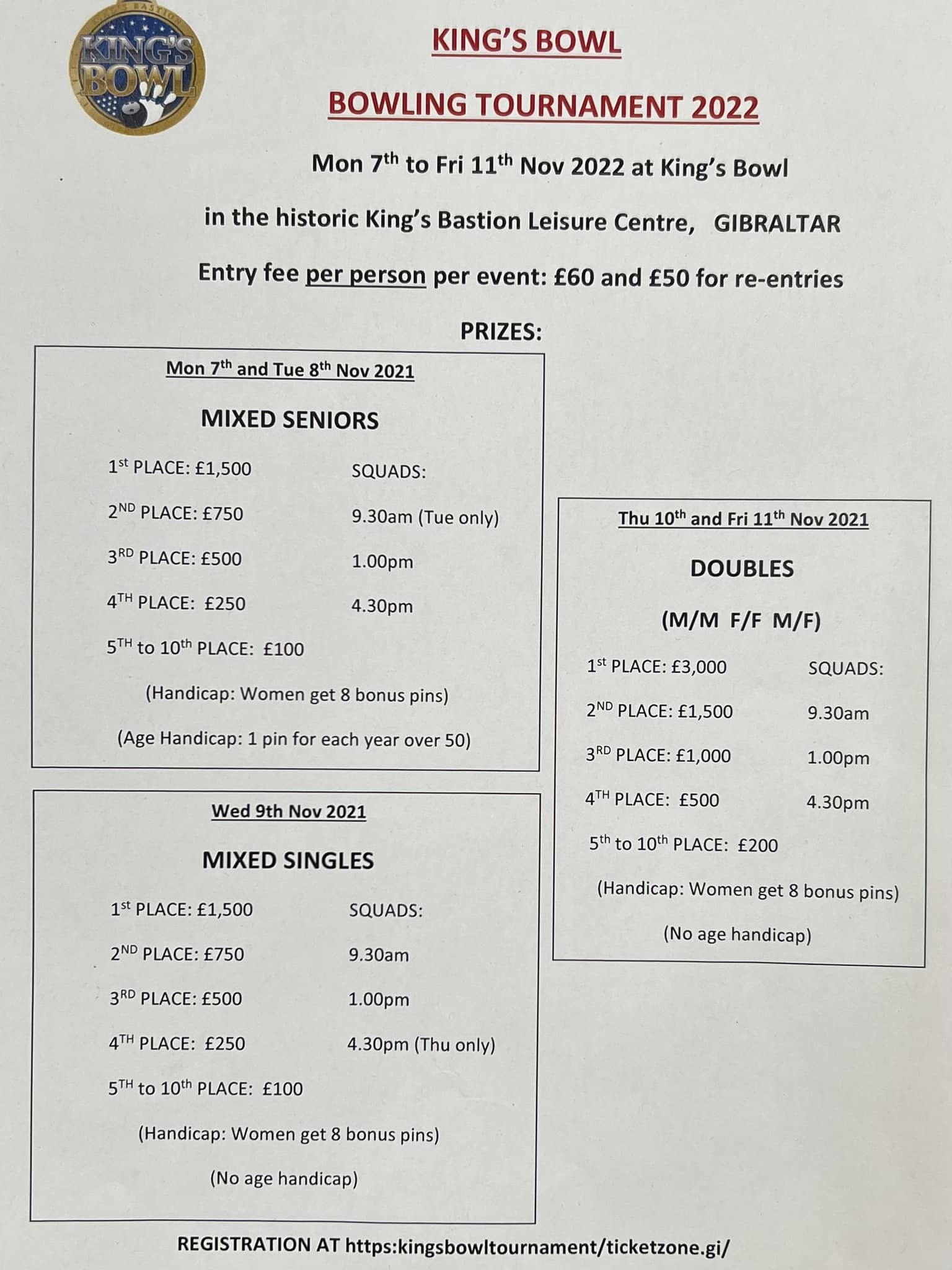 Held at the King’s Bowl on the rock of Gibraltar this event is one of Europes hidden gems. Great prize fund and plenty to play for makes it a must for a growing number of […]