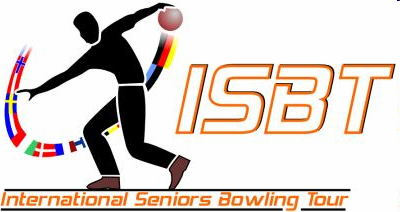 The eleventh stop on the 2018 ISBT tour was a return to the popular venue of Euro Bowling in Deurne, Belgium, which attracted an entry of 67 men and 17 women. The format for the tournament was a single 6 game qualifying block, with unlimited re-entries. For those not able to qualify through the main leader board, there were additional opportunities through Turbo games, Scratch scores and a Desperado squad. Age bonus started at age 51 (1 pin per game), then increased a pin for every additional year of age with no limit. As with all ISBT events, there was a separate division for ladies.

Qualification squads ran from Thursday to Saturday, with two squads on the opening day. John Bosch from Netherlands led the first day with a total of 1456 including age bonus, ahead of Paul Cosgrove from England. Liliane Vintens led the ladies’ section with 1319, ahead of Farida Pascoal-Blom from the Netherlands.

The second day saw a huge score of 1515 from Belgium’s Gery Verbruggen, a 250 scratch average. Behind him were good scores from two UK bowlers, Ron Oldfield with 1471, and one pin behind Alan Keddie. Liliane Vintens was again top lady but did not improve her previous block score.

There were four squads on the final day of qualification. In the first, Uwe Tscharke led with 1412, ahead of fellow German Martina Beckel, whose 1369 block put her firmly at the top of the ladies leaderboard. In the second squad, Ron Oldfield led with a slightly higher block of 1482, while Jan Hodge from England booked her finals place with a solid 1322 block. Helmut Ulber from Germany easily took the third squad with 1513.

At the end of qualification, Gery Verbruggen was top qualifier with 1515, ahead of Helmut Ulber, Ron Oldfield and Alan Keddie. These four would miss the first final round. The cut for the finals in 20th place was Serge Van Mechelen from Belgium with 1377 Joining the top twenty would be three Scratch, three Turbo, and two Desperado qualifiers.

In the women’s rankings, Martina Beckel was clearly top with 1369, ahead of Jan Hodge, Liliane Vintens, Farida Pascoal-Blom and Angie Brown. These five would go forward to the finals, joined by one Scratch, one Turbo, and one Desperado qualifier.

10 men and 2 ladies took part in the Desperado competition. Robert Vallons and Paul Lamon, both from Belgium, gained the last qualification places, along with Anna Yang from the Netherlands.

Early on Sunday morning, 24 men played a four game block, the top 12 would progress to the later rounds. Roger Pieters led with 1001, ahead of fellow Belgian player André Geelen. John Bosch was the twelfth and final qualifier, he had tied with Frank Lindsay from England, but progressed through having the highest scratch total.

The sixteen bowlers were now split into four groups of four. Each group played a two game block, with the lowest player eliminated after each block until only one player remained in each block. After some close matches, the four finalists were Roger Pieters, Herman Pellegroms, Ron Oldfield and Hermann Wimmer from Germany. The final would be decided in a stepladder format.

In the first match, Ron Oldfield had a close win over Roger Pieters, then easily defeated Herman Pellegroms. In the final match, Hermann Wimmer couldn’t find strikes, leaving Ron Oldfield to coast to an easy win 240-195, for his 16th ISBT title. 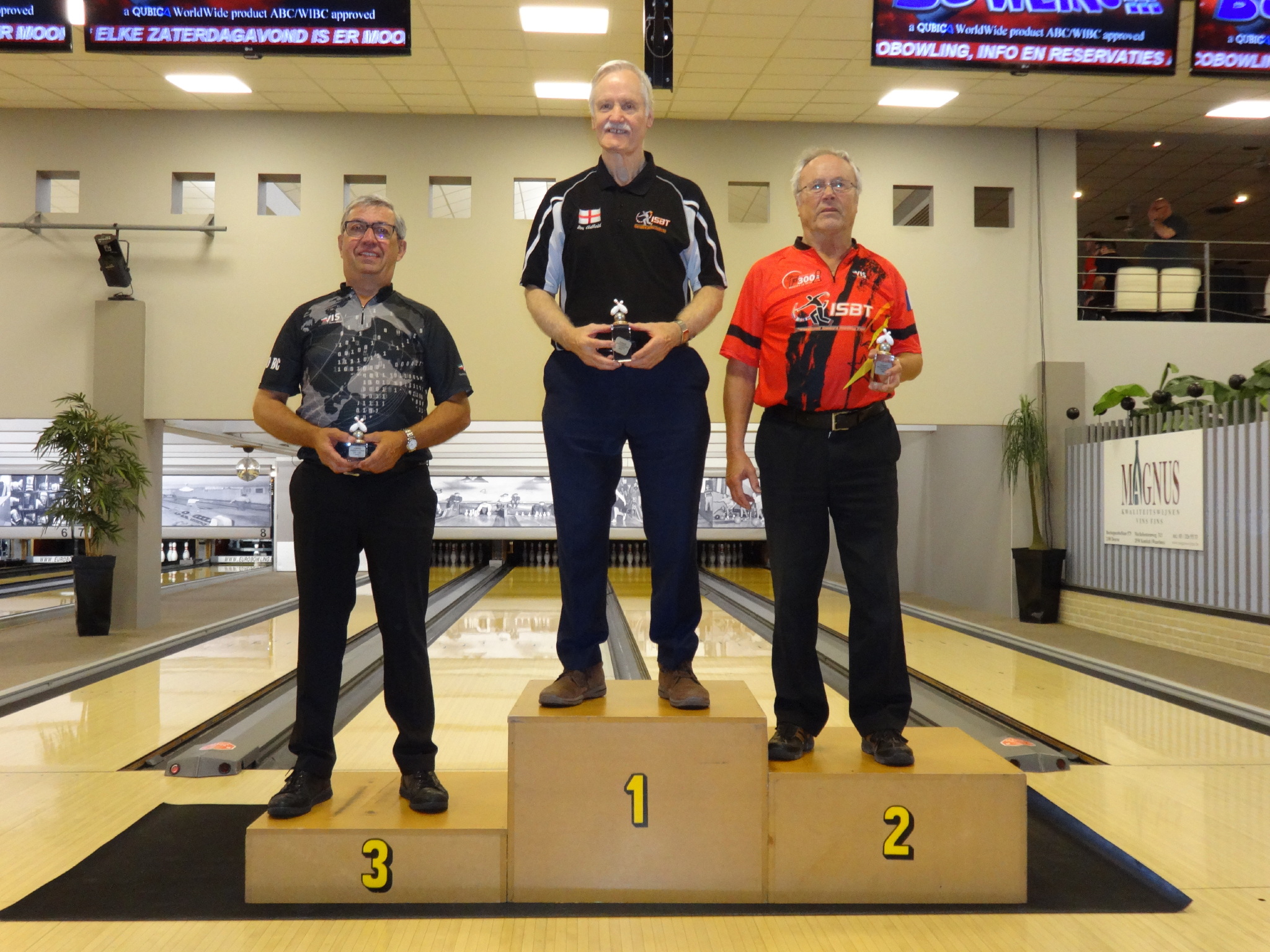 In the ladies’ section, the format was two groups of four, with the lowest player being eliminated after each two game block. The four players to make the stepladder final were Jan Hodge, Martina Beckel, Liliane Vintens, and Farida Pascoal-Blom.

The final stop for 2018 is the Zeeland Senior Open, which takes place at Bowling Goes in the Netherlands. The tournament runs from the 6th to 9th December. Full details are available at the ISBT web site, http://www.isbtbowlingtour.eu/ 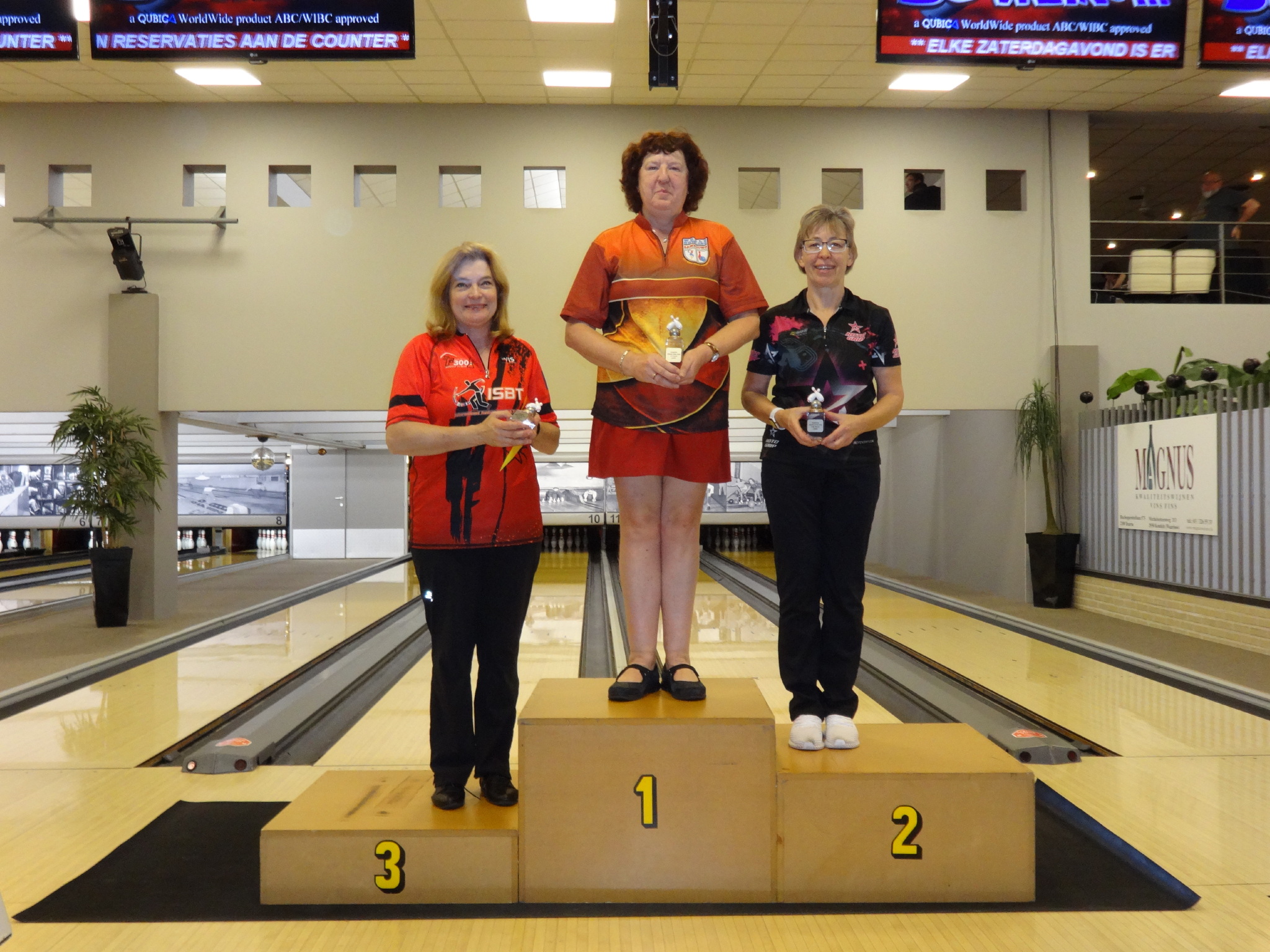