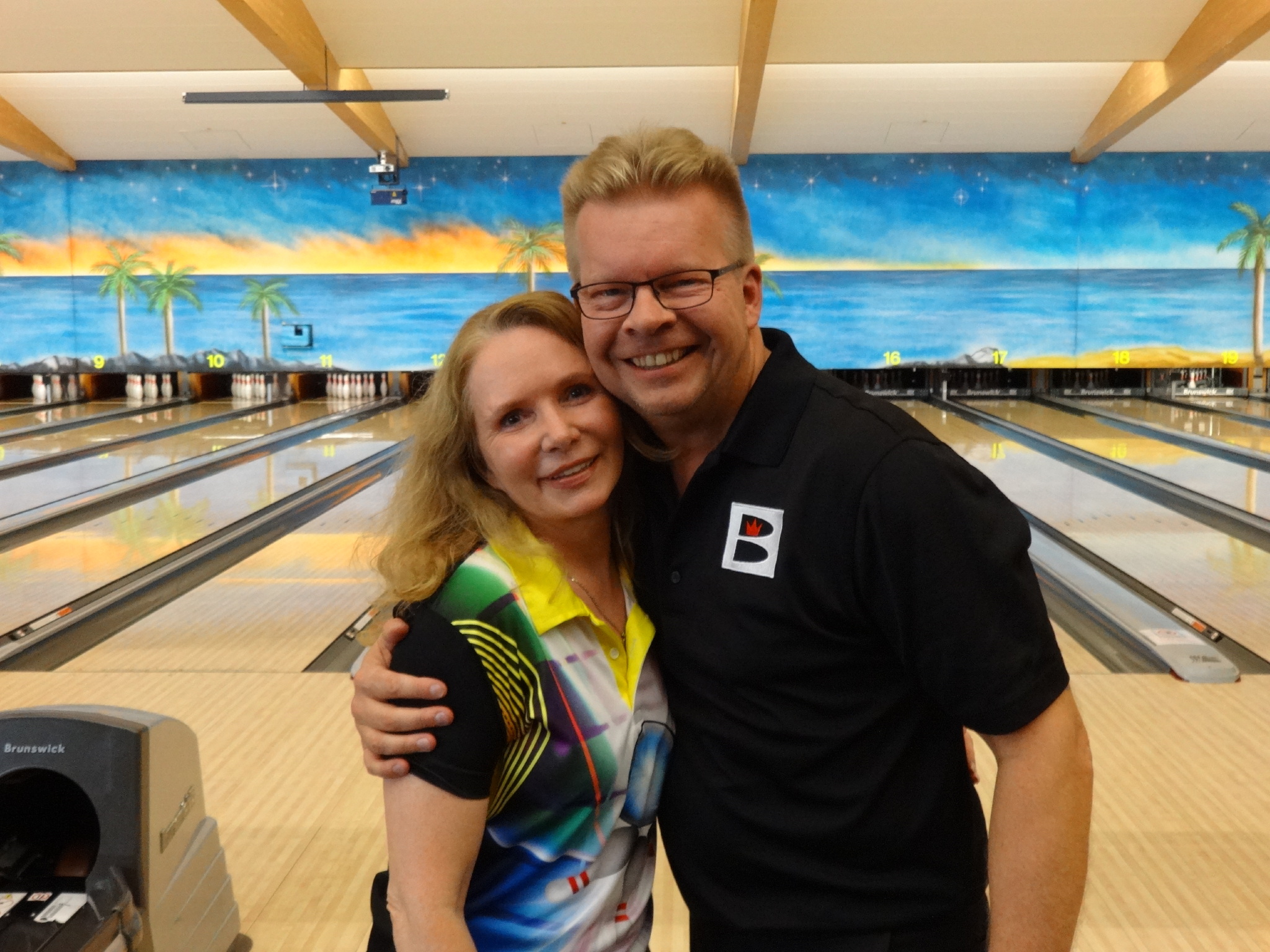 The eighth stop on the 2018 ISBT tour was the third visit of the year to Germany, this time to Dream Bowl in Munich, and attracted an entry of 78 men and 22 women. 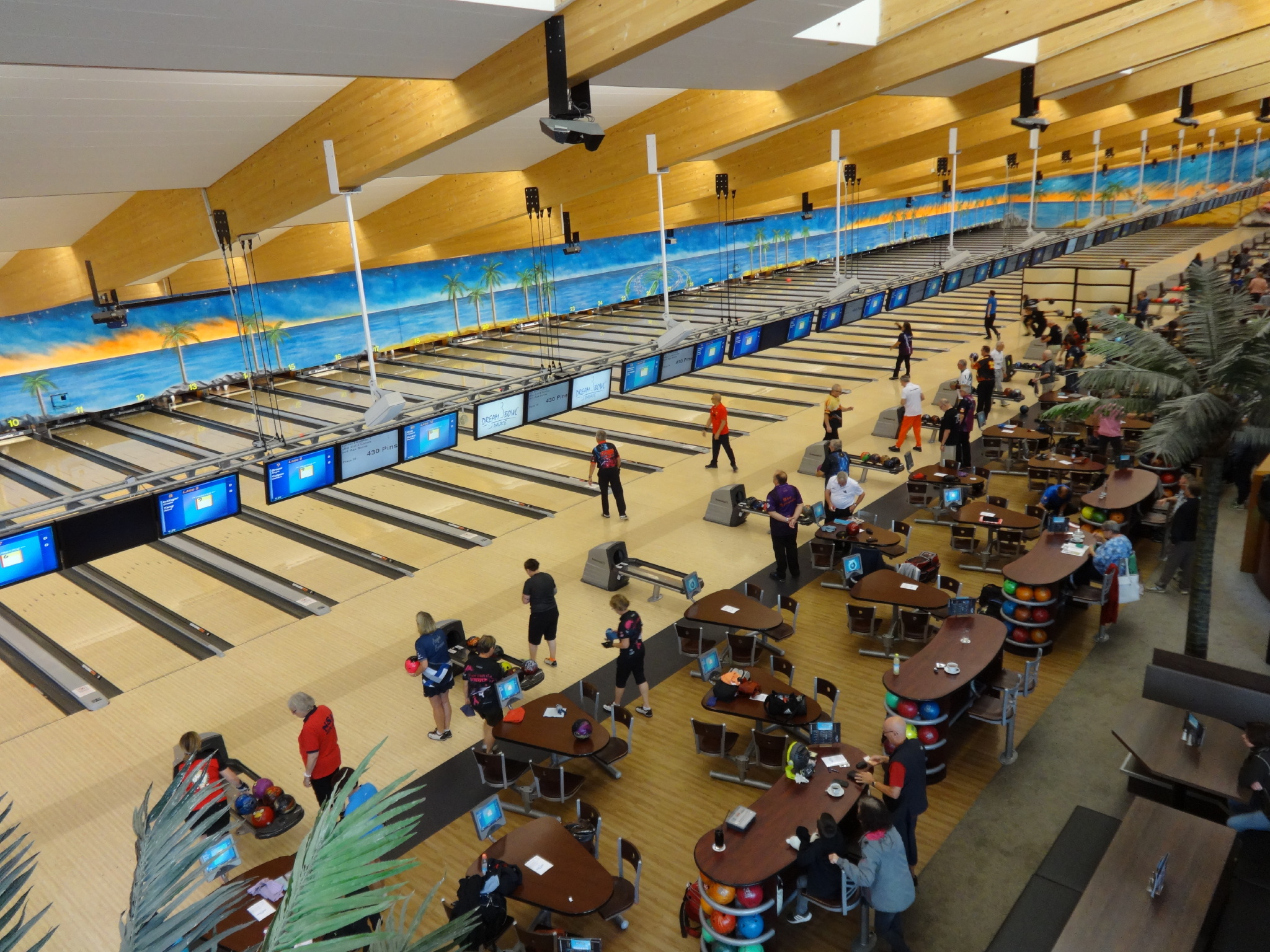 The format for the tournament was a single 6 game qualifying block, with unlimited re-entries. For those not able to qualify through the main leaderboard, there were additional opportunities through Turbo games, Scratch and Early Bird qualification and a Desperado squad. Age bonus started at age 51 (1 pin per game), then increased a pin for every additional year of age with no limit. As with all ISBT events, there was a separate division for ladies.

Qualification started the weekend before the finals for the Early Birds, and in the men’s section the top four places were a clean sweep for German bowlers. Hermann Wimmer led the way with 1468 including bonus, followed by Helmut Ulber with 1431, Berny Stőckl with 1385, and Dieter Rau with 1383. In the ladies’ section, Marett Schiller from Germany was top with 1258, with Angie Brown from England just behind with 1246. These two were guaranteed early bird qualification places, ahead of Germans Angela Laub and Margrit Schaschl, both scoring just under 1200.

Qualification squads resumed on Thursday, with Josef Pail from Austria having high score for the day with 1405, just ahead of Fernando Gomez Quir from Spain. Christiane Clerc from France was top lady with 1184, ahead of Liliane Vintens from Belgium with 1141.

There were two more squads on Friday, led by Alex Schmitt from France with 1442, ahead of Kimmo Lehtonen from Finland and Roger Pieters from Belgium. There were good scores in the ladies’ section with Angelika Hernitschek from Germany taking the overall lead with 1274, closely followed by an improved block from Liliane Vintens of 1251.

There were three squads on Saturday, the final qualification day, with a number of players trying to improve to ensure qualification for the finals. In the first squad of the day, Uwe Tscharke from Germany won the first with 1460, ahead of Paul Cosgrove from England with 1434. In the second squad, Scot Alan Keddie was top with 1454, ahead of Harry Vierhufe from Germany. Alessandra Morra was top lady with

The top 24 men from the qualification list were now guaranteed finals places, along with five Early Birds, seven Scratch and two Turbo qualifiers. The men’s standings were led by Hermann Wimmer, Uwe Tscharke and Alan Keddie, with Jean-Phillipe Rossire from France making the cut in 24th place with 1373. Alessandra Morra and Angelika Hernitschek led the ladies’ section, with final qualifying place in 10th going to Margrit Schaschl from Germany. 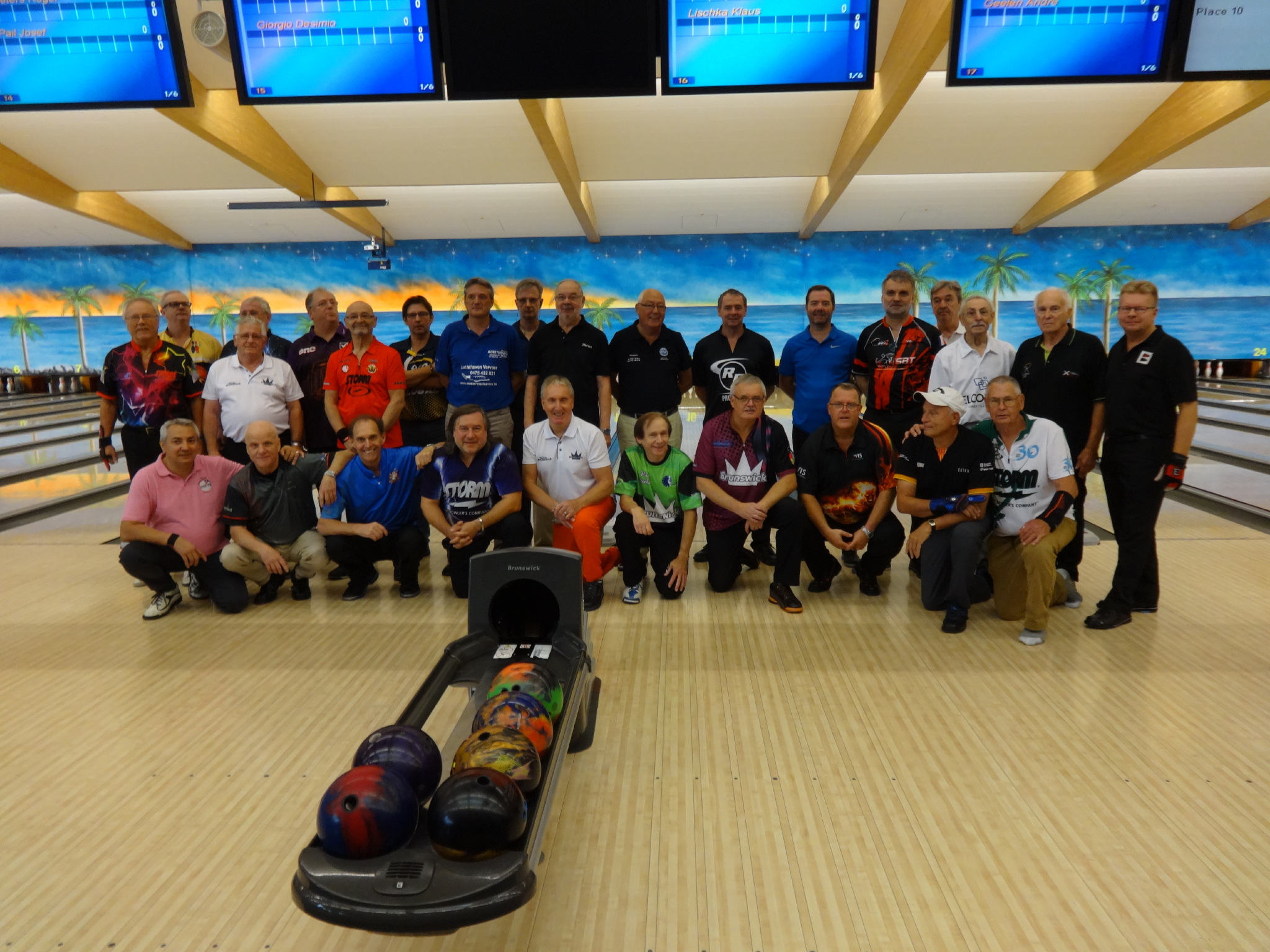 There remained just two Desperado places for the men, and one for the ladies. 11 men and 2 ladies took part, with Klaus Lischka from Germany and Guiseppe Rosellini from Italy going through. Anna Yang from the Netherlands was the sole woman qualifier.

The first final round on Sunday saw the male qualifiers from 19th place downwards bowling a four game block, with only the top 10 staying in the competition. Dieter Rau from Germany came out on top, with 964. 10th place and the cut to the next round was Patrick Delarue from France with 875.

The next round saw all the remaining players bowl six games, with the top eight in each division going through. Renato Bortolon from Italy led after this round with 1438, with Roger Pieters from Belgium just making the all important 8th place to reach the third final’s round in the men’s section. In the ladies’ section, Angie Brown had a slight lead over Alessandra Morra, with Danielle Guigon from France getting the last place in the next round. 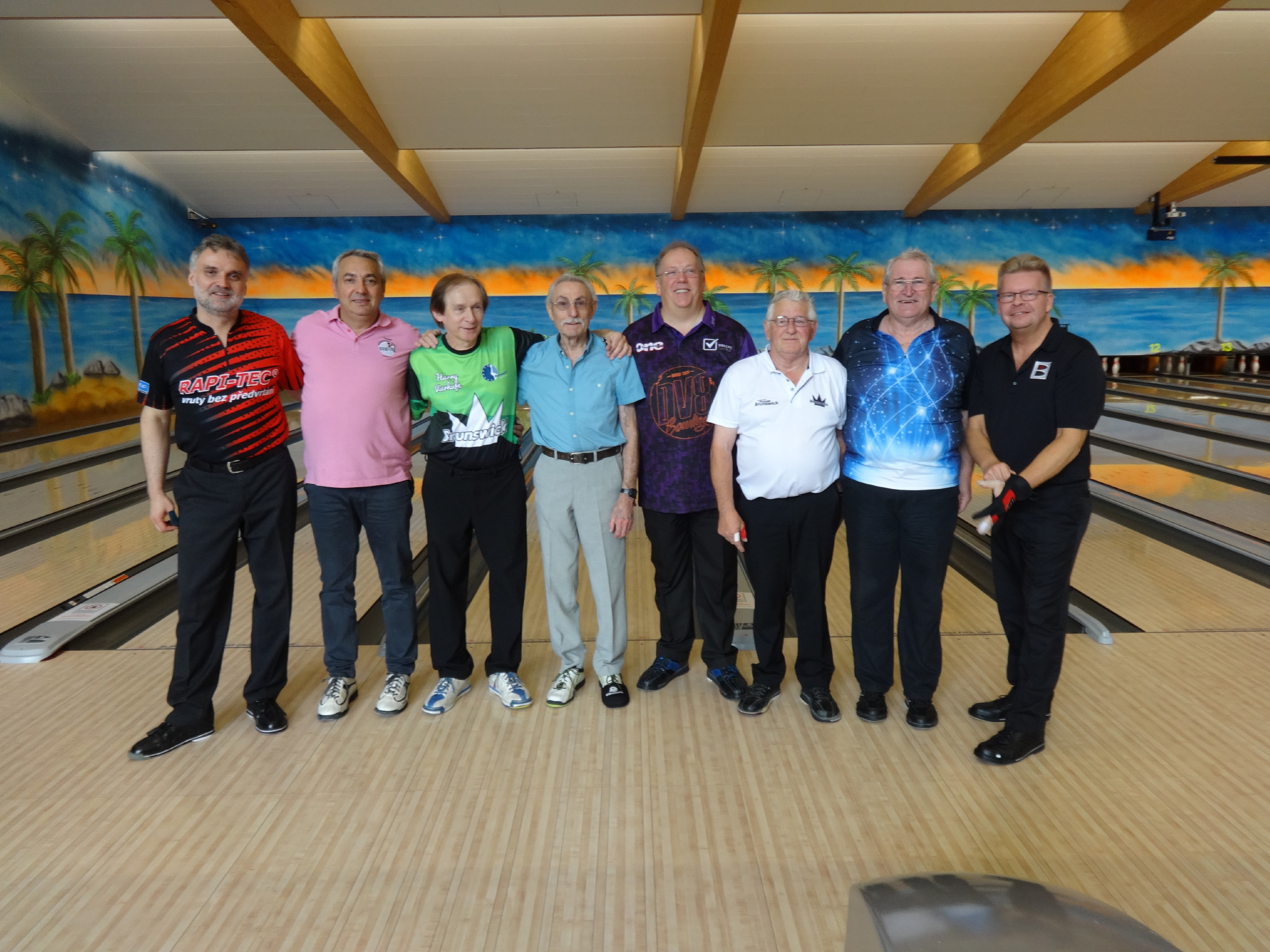 The next round would cut the eight bowlers down to four after a further three games were played, with scores from the previous round carried through. The oldest player in the field, Frank Stander from England made good use of his 38 pins a game bonus to lead after this round. Joining him in the elimination final was Kimmo Lehtonen from Finland, Renato Bortolon, and Harry Vierhufe. Angelika Hernitschek led the ladies’s section after nine games, ahead of Alessandra Morra, Anja Lieb from Germany, and Angie Brown. 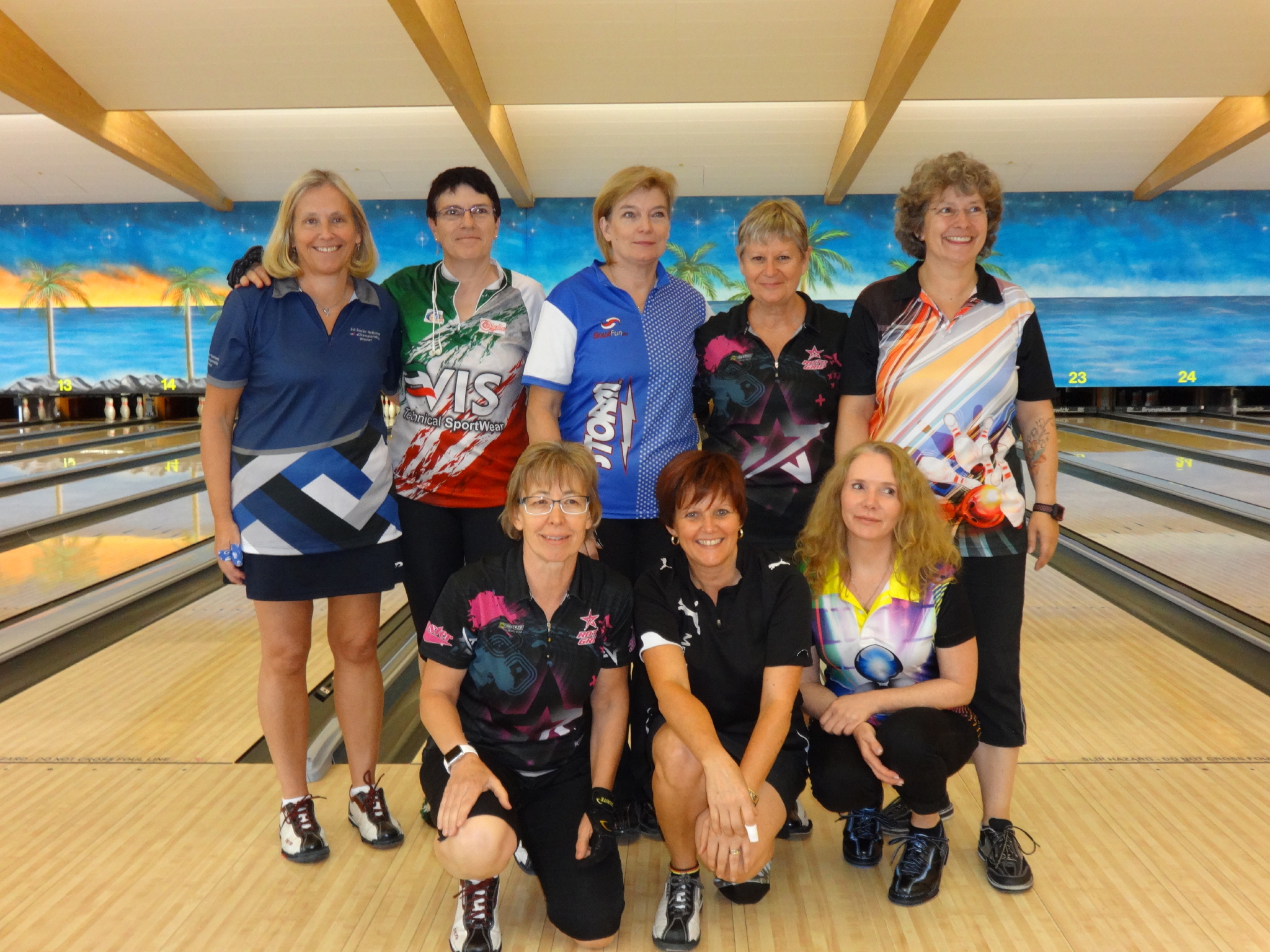 The final rounds were single game elimination, all the remaining players played one game, and the lowest was eliminated. In the first men’s match, Kimmo Lehtonen was clear leader with a 279 game, ahead of Harry Vierhufe. The third place battle was close, with Frank Stander getting it by just 2 pins. The second round again saw Kimmo Lehtonen lead by some margin, Frank Stander again did just enough to progress to the final match. In the title match, Kimmo Lehtonen quickly overcame the 38 pin age bonus, and looked on course to have an easy win, but Frank Stander finished needing two strikes in the tenth frame to achieve an unlikely win. He was unable to find the first strike, so Kimmo Lehtonen was the champion. 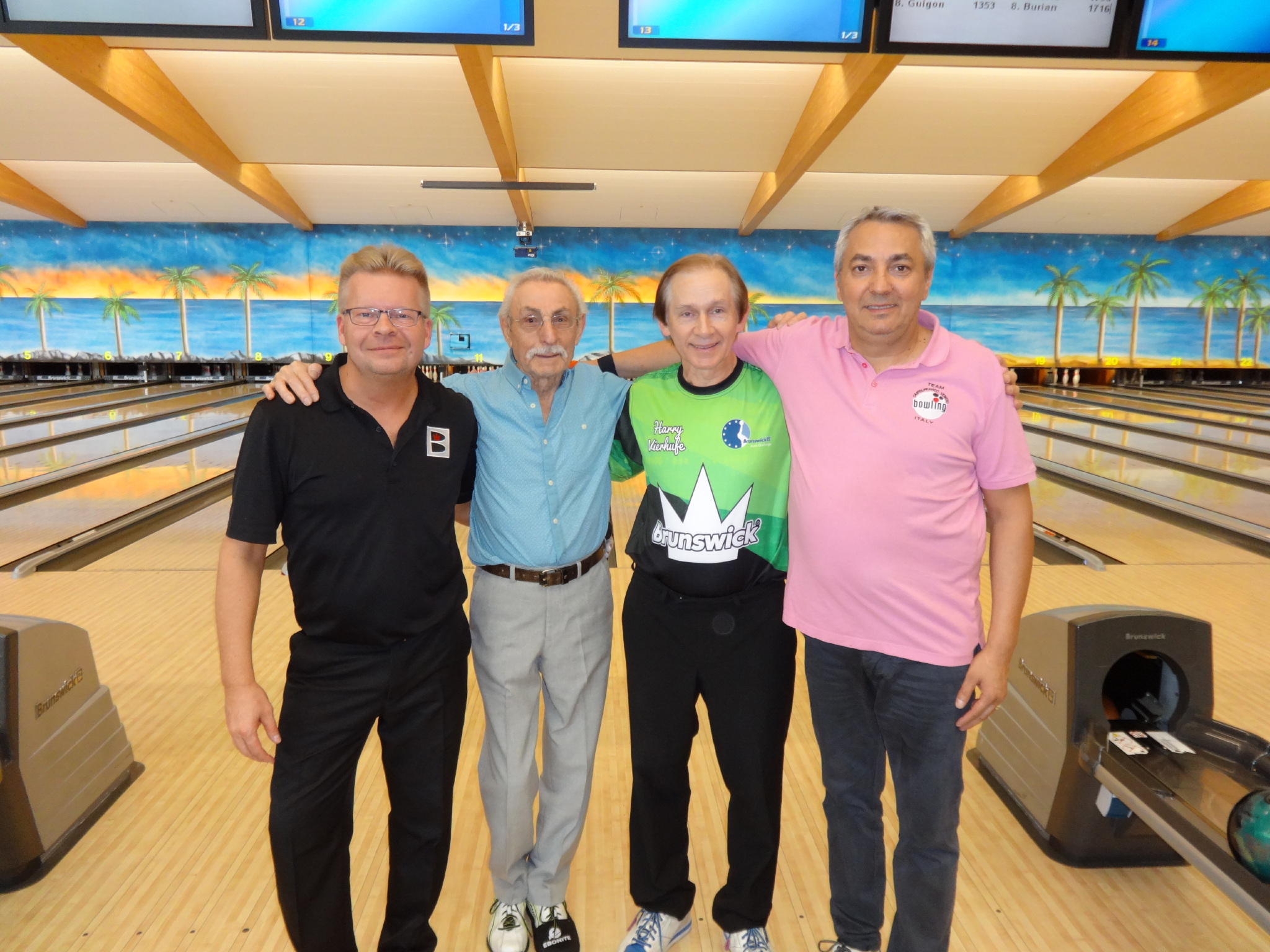 In the women’s section, Angie Brown was first to go. In the second match, Angelika Hernitschek was the clear winner, and Alessandra Morra needed to convert the 6-10 spare in the 10th frame to progress to the final. The ball ran just a little wide, taking only the 10 pin, leaving Anja Lieb with an unexpected place in the final by a single pin. In the final match, Angelika Hernitschek had a comfortable victory over Anja Lieb 234-200. 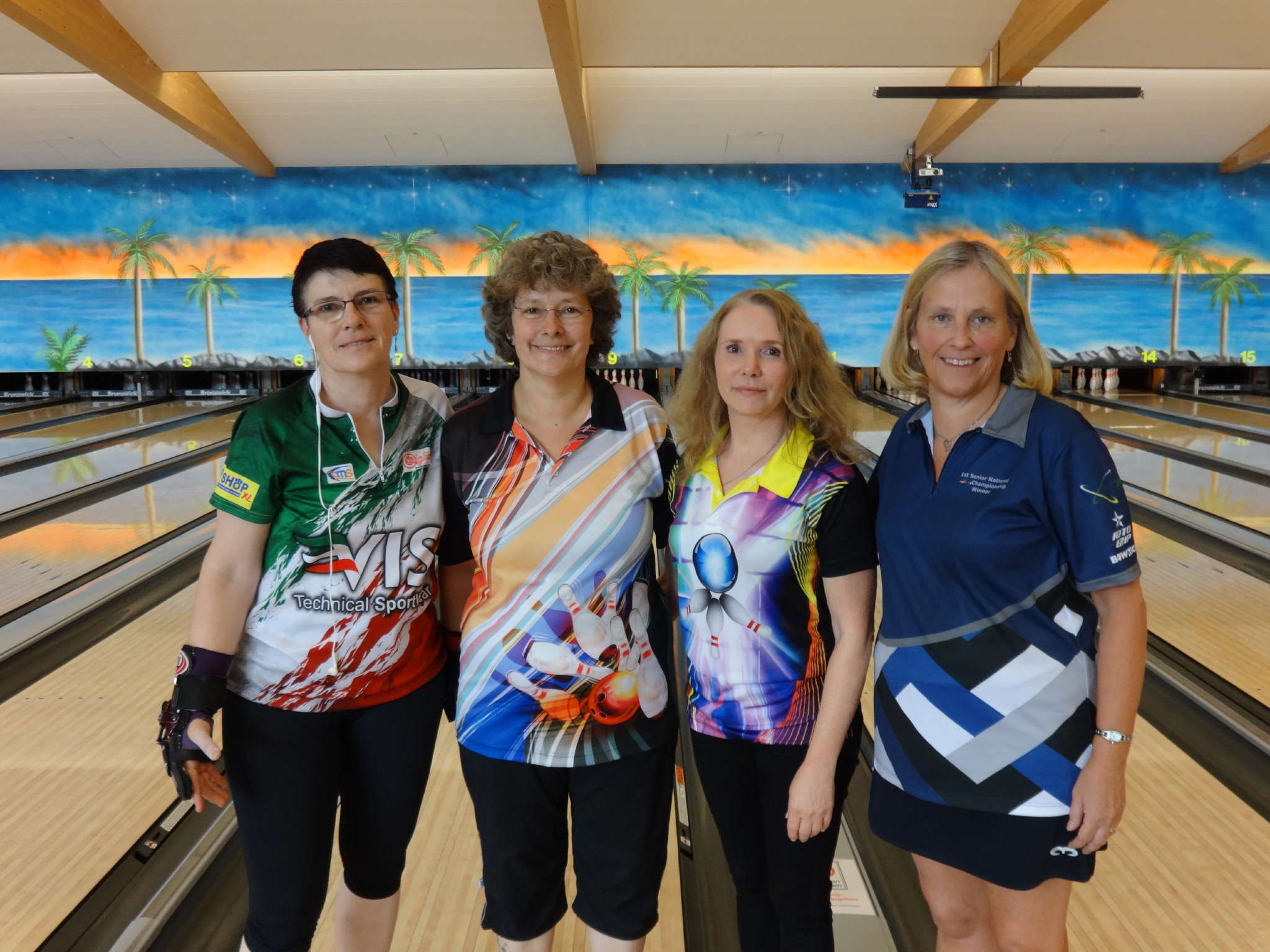 The next stop on the 2018 tour is in England, and will be held at Stroud Bowl from 12th to 16th September. Full details are available at the ISBT web site, http://www.isbtbowlingtour.eu/